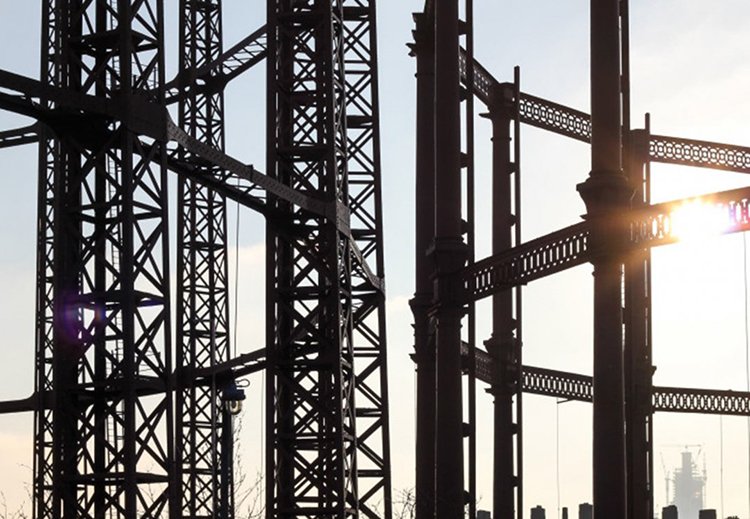 Scientists have warned just days after the launch of a £500 million scheme for London to create green bonds measurement of London’s atmosphere show the city is releasing more of the potent greenhouse gas methane, primarily from natural gas leaks.

The research, performed by researchers at Imperial College London, also showed that most methane released in London is the result of natural gas infrastructure leaks, rather than landfill sites as previously thought.

First author of the study and Science and Solutions for a Changing Planet Doctoral Training Partnership student Eric Saboya, from the Department of Physics at Imperial, said: “Our study shows that London is producing more methane than we thought, but because we’ve been able to pinpoint the source of much of this extra methane, we have a clear direction to reduce emissions.

“Previous estimates suggested that landfill sites in London were the biggest emitters of methane, but our study shows that natural gas leaks are a bigger problem. Mitigation strategies can now be directed where they are most needed, such as upgrading leaky old metal pipes with newer plastic versions.”

Methane is a more potent greenhouse gas than carbon dioxide and produces a stronger warming effect, but it stays in the atmosphere for less time. Rising methane emissions worldwide are a major concern and reducing them would help tackle climate change.

The results of the study found London’s natural gas infrastructure is leaking more methane than estimated, and the cumulation of lots of small leaks is adding up to considerable extra methane emissions from the city.

Major sources of methane include agriculture, landfill and waste sites, natural gas infrastructure and natural sources such as wetlands.

Estimates of methane emissions are typically based on a ‘bottom-up’ approach, where emissions were calculated based on statistics. For example, cows produce some methane, so knowing on average how much methane each cow produces and multiplying this by the number of cows in the UK gives an estimate of the emissions from cows for the country as a whole.

Study co-author Dr Giulia Zazzeri, from the Department of Physics at Imperial, said: “This is not just a London problem – cities such as Paris and Boston have shown similar results – but the local make-up of methane sources is different for every city, showing the power of these measurements for determining where mitigation should be directed to help cities reduce their greenhouse gas emissions.”

The study instead used a ‘top-down’ approach of sampling the actual atmosphere in London, from equipment installed on Imperial’s South Kensington campus, to check if the measurements agreed with the ‘bottom-up’ methane emissions.

Using continuous measurements from March 2018 to October 2020 and models of atmospheric transport, the team compared bottom-up estimates with the measured data. As well as the concentration of methane in the local atmosphere, they were able to tell the source of the methane thanks to small but measurable differences between the properties of methane from different sources.

These figures were compared to two emissions ‘inventories’ – bottom-up estimates. While one inventory (EDGAR) correlated relatively well with the measurements in total methane concentration, the other (UK National Atmospheric Emissions Inventory, UK NAEI) appeared to underestimate methane emissions by 30-35%.

Both inventories underestimated the fraction of emissions from natural gas. For example, the NAEI inventory suggested natural gas accounted for around 25% of the methane measured in South Kensington, whereas the real measurements show the reality is closer to 85%.

Study co-author Dr Heather Graven, from the Department of Physics at Imperial, added: “The UK was one of over 100 countries who pledged to reduce methane emissions 30% by 2030 as part of the recent COP26 meeting in Glasgow. Since methane is emitted by various sources that are difficult to estimate, atmospheric measurements like these are key to tracking the UK’s progress on this pledge.”

It comes after London’s mayor, Sadiq Khan, launched a scheme to secure more than £500 million for investing in climate action by issuing green bonds.

The Greater London Authority will invest £90 million, with £4 million to develop high-impact green investment opportunities for the public and private sector; and £86 million to support the GLA Green Bond programme, financing direct decarbonisation investment by the GLA Group and its strategic partners as part of the Mayor’s Green Financing Facility.