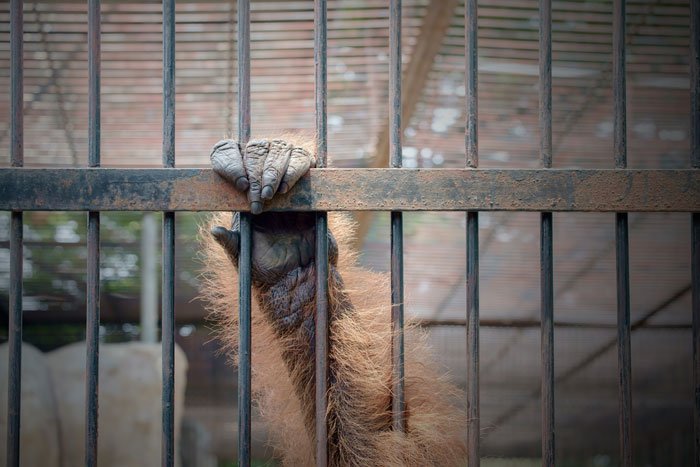 With three out of four newly emerging infectious human diseases originating in animals (according to the Centres for Disease Control and Prevention) there is now an urgent need to monitor the legal trade in wildlife.

“Covid-19 more than anything else has put a spotlight on emerging infectious diseases and how this is linked to the trade in wild animals,” he said. “Few people are aware of its scale. With literally hundreds of millions of live wild animals being shipped around the world each year, it seems unlikely that diseases are spread through illegal channels only. “

After all, he added, “parasites, bacteria and viruses do not read legal documents or check if they have received the correct stamp”.

Dangerous to only focus on illegal wildlife trade

The illegal wildlife trade is often seen as one of the major gateways to zoonotic diseases, that spread from animals to humans. While the illegal trade in tigers, ivory, rhino horn, pangolins and primates is of paramount concern for public health, professor Nijman argues the legal wildlife trade should be of equal concern:

Lack of hygiene in wet markets could drive infection transmission

The Covid-19 pandemic threw attention onto wet markets, now associated closely with zoonotic diseases. But in the wet market of Wuhan, the vast majority of non-domesticated animals (crocodiles, bats, civets, bamboo rats) were legally offered for sale. Professor Nijman notes that “a lack of appropriate hygiene conditions (handwashing, sanitation, separation of wildlife and their parts), make wildlife markets drivers for the transmission of infections.”

Dr Chris Shepherd, an expert on wildlife trade and the Executive Director of the Monitor Conservation Research Society added: “This study clearly illustrates that there are incredibly serious risks associated with the trade in wildlife, regardless of whether the species involved are traded legally or illegally.

“Clearly the risk of spreading harmful zoonotic disease must be considered when regulating the trade in wildlife, and much more research and preventative measures are essential if we are to avoid further pandemics.”

Professor Nijman has been involved in monitoring and regulating the legal wildlife trade for over two decades.

According to the paper’s abstract:

“Parasites do not read legal documents. They cannot distinguish between animals or animal products that are traded with or without permits. Bezerra Santos et al [Bezerra-Santos M.A. et al. Illegal wildlife trade: a gateway to zoonotic infectious diseases. Trends Parasitol. 2021; (Published online February 10, 2021. https://doi.org/10.1016/j.pt.2020.12.005)] discussed the potential risks that the illegal wildlife trade has on the spreading and emergence of zoonotic pathogens.

They highlight open wildlife (‘wet’) markets, the illegal transport of wildlife or their derivatives, as well as the illegal importation of exotic pets and the risk of zoonotic pathogens in the spread and introduction of diseases. While they do note that the concerns related to the transmission of zoonotic pathogens and the introduction of exotic infectious agents into a new region may also be applied to the legal wildlife trade, I argue here that the majority of their concerns are applicable to both legal and illegal wildlife trade.

The full study, Illegal and Legal Wildlife Trade Spreads Zoonotic Diseases, can be accessed here and is published in Trends in Parisitology. 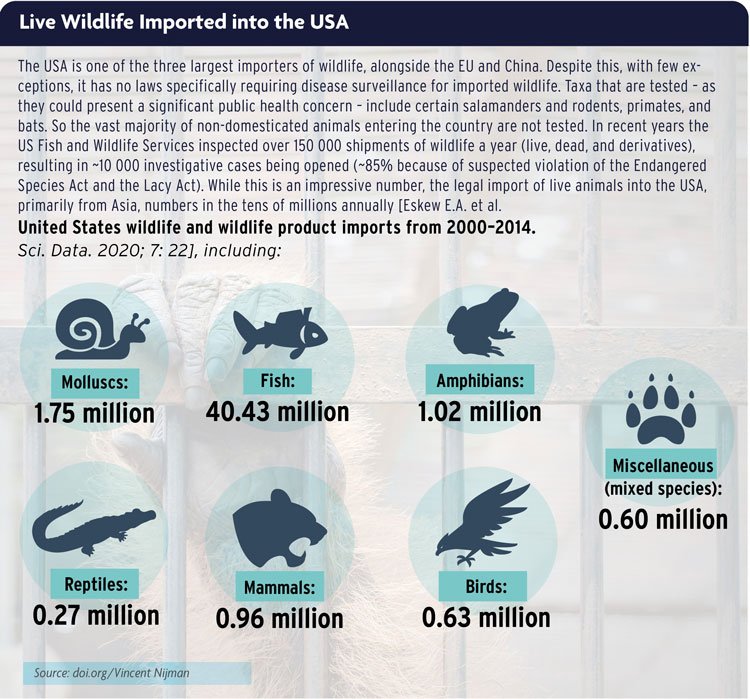 0
SHARE:
Net Zero should be aim for all – Blanc