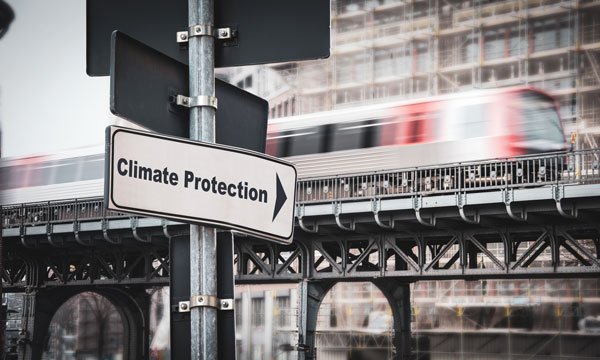 Legal & General Investment Management (LGIM), the UK’s largest asset manager, is to drop four companies from a number of its funds over their “insufficient” response to the challenge of climate change, including insurer AIG.

In a statement LGIM said: “This year, LGIM will divest its holdings in Industrial and Commercial Bank of China, AIG, PPL Corporation and China Mengniu Dairy for unsatisfactory responses to engagement and/or breaches of ‘red lines’ around coal involvement, carbon disclosures or deforestation.”

“These companies are in addition to China Construction Bank, MetLife, Japan Post, KEPCO, ExxonMobil, Rosneft, Sysco, Hormel and Loblaw, all of whom remain on LGIM’s existing exclusion list and who have yet to take the substantive actions required to warrant re-instatement.”

As part of its ‘Climate Impact Pledge’ launched in 2018, LGIM said the companies would be excluded from actively managed funds holding some £58 billion in assets and all four would face voting sanctions using shares held across its entire equity book.

“Improvements in data and analytics have allowed us to increase our coverage and to enforce what we consider to be minimum standards with regards to climate risk management, through expanded voting sanctions, supplemented by our in-depth engagement with pivotal sectors,” said Yasmine Svan, senior sustainability analyst at LGIM.

“At the same time, as investors step up their scrutiny of companies, so too are companies raising their ambitions. We are pleased to be able to add to the number of companies reinstated in our funds following progress and will continue our engagement and collaboration to help increase overall standards across markets.”

The exclusions follow a commitment by LGIM in October to expand the number of companies it engages with over climate change to 1,000 from 100.

That policy is already starting to have an impact, LGIM said, with 22% of the companies on its ‘priority’ list now setting a target for net-zero carbon emissions.

During the current season for annual general meetings, LGIM said 130 companies would face votes against for not meeting its minimum climate change standards, mostly in the banking, insurance, real estate, tech and telecoms sectors.

As global policymakers gear up for the latest round of climate talks in Glasgow later this year at COP26, LGIM CEO Michelle Scrimgeour said asset managers also needed to step up to the climate plate:

“Climate change is one of the most critical sustainability issues we face and we fully support efforts to align the global financial system with a pathway well below 2°C…  progress cannot be made by acting in isolation and we, as investors, have a real role to play in the responsible allocation of capital and acting as stewards to our investee companies to encourage greater progress to meet our overall sustainability goals.”