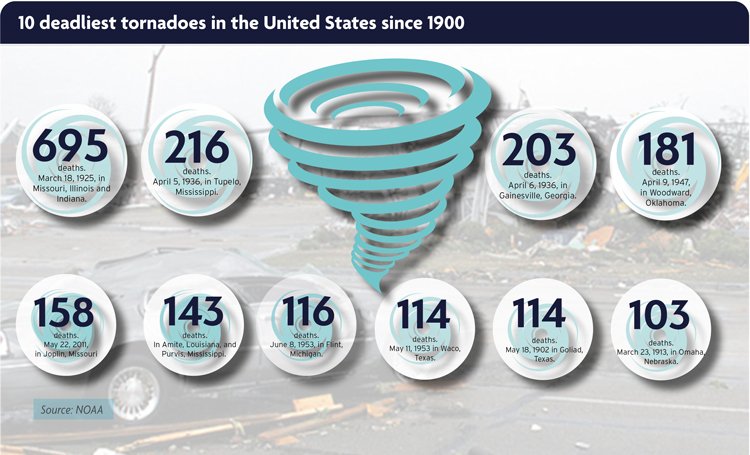 The consequences of the devastating tornadoes which tore through Kentucky and neighbouring states over the weekend will be felt for years to come, with initial reports suggesting that at least 88 people were killed.

Mayfield, home to 10,000 residents and a candle factory, suffered some of the worst damage in the country. The tornado outbreak cut a path of devastation from Arkansas, where a nursing home was destroyed, to Illinois, where an Amazon distribution centre was heavily damaged.

Six people died in the Illinois warehouse collapse, and the US Occupational Safety and Health Administration has opened an investigation into what happened there. The tornadoes also killed four in Tennessee, two in Arkansas and two in Missouri.

As far as the (re)insurance market is concerned, catastrophe modelling firm Karen Clark & Company has estimated the insured loss from the tornado outbreak will be about $3 billion. The KCC estimate includes privately insured damage to residential, commercial, and industrial properties and automobiles.

Analysts at ratings firm AM Best said they expect the insured losses from the tornadoes will dampen underwriting results for insurers but that insurers will be able to absorb them, even though supply chain and inflation challenges may exacerbate losses.

AM Best said insured losses are likely to be concentrated in the commercial multiperil and homeowners lines, with some losses borne by auto physical damage as well. Also, most of the losses should be limited to primary insurers.

However, the scientific jury is still out when it comes to a key question for the (re)insurance market: is man-made climate change making such tornadoes more common, or even more intense?

Some 1,200 twisters hit the US each year, according to the NOAA National Severe Storms Laboratory, but the fact remains that attributing a specific storm to the effects of climate change is difficult. Less than 10% of severe thunderstorms produce tornadoes, which makes drawing conclusions about climate change and the processes leading up to them tricky, according to Harold Brooks, a tornado scientist at the National Severe Storms Laboratory.

However, there appears to be a degree of consensus. In the aggregate, extreme storms are becoming more common because we have a lot of warmer air masses in the cool season that can support these types of severe weather outbreaks, while the US is also likely to see more tornadoes occur in the winter as national temperatures rise above the long-term average.

Furthermore, although tornadoes in December are unusual, they are not unheard of – though the intensity of these twisters has raised eyebrows. One of them likely broke a nearly 100-year-old record for how long a tornado stayed on the ground in a path of destruction, experts said.

“One word: remarkable; unbelievable would be another,” said Northern Illinois University meteorology professor Victor Gensini. “It was really a late spring type of setup in in the middle of December.”

Warm weather was a crucial ingredient in this tornado outbreak, but whether climate change is a factor is not quite as clear, meteorologists suggest.

Indeed, figuring out how climate change is affecting the frequency of tornadoes is complicated and the scientific understanding is still evolving. But it would appear that atmospheric conditions that give rise to such outbreaks are intensifying in the winter as the planet warms. And tornado alley is also shifting farther east away from the Kansas-Oklahoma area and into other states.

Spring-like temperatures across much of the Midwest and South in December helped bring the warm, moist air that helped form these recent thunderstorms. Some of this is due to the La Nina phenomenon, which generally brings warmer than normal winter temperatures to the Southern US. But scientists also expect atypical, warm weather in the winter to become more common as the planet warms. 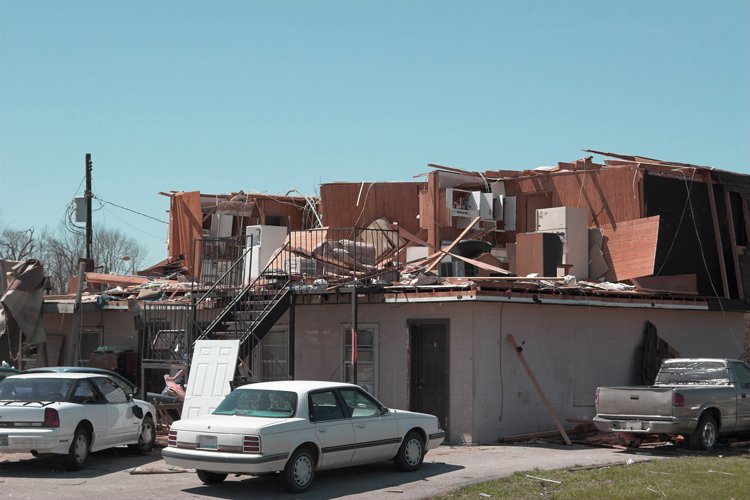 Some 1,200 twisters hit the US each year, according to the NOAA National Severe Storms Laboratory, but the fact remains that attributing a specific storm to the effects of climate change is difficult. Less than 10% of severe thunderstorms produce tornadoes, which makes drawing conclusions about climate change and the processes leading up to them tricky, according to Harold Brooks, a tornado scientist at the National Severe Storms Laboratory.