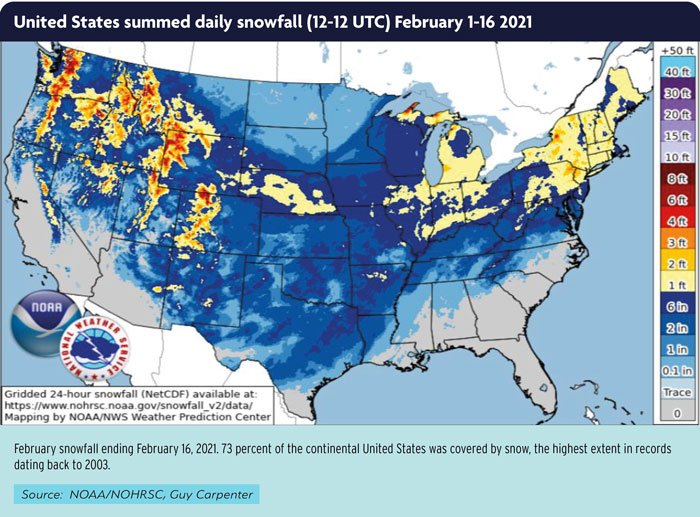 Jury remains out over US polar vortex risk

With industry estimates of insured losses as a result of the recent US cold snap ranging from $10bn-$18bn, expert opinion remains divided as to whether such an extreme weather phenomenon can be attributed to climate change.

The series of winter storm events across the US, starting on 12 February and continuing through the following week, led to widespread catastrophic freeze impacts, particularly in the State of Texas, causing significant-duration power outages. The storms impacted more than 70% of the continental United States with freezing temperatures, snow, and ice.

However it added, there are several factors that could still potentially drive the loss well in excess of that figure – among these could be a higher than expected rate of claims among those risks affected by prolonged power outage, whether utility service interruption coverages pay out, larger than expected impacts from demand surge, government intervention, and whether claims from mould damage start to emerge as a significant source of loss.

The firm added that the power outage component and its exacerbating effect on losses are not explicitly captured by the its model, limiting the ability to capture the overall impact using the model alone. What further adds to the modelling difficulty, it said, is the level of demand surge resulting from labour, services and the COVID-19 pandemic.

While the levelled of insured losses from the event remain distinctly uncertain, debate continues to rage as to whether the extreme cold weather is the result of climate change.

Yet in Texas, winters are now on average about three degrees Fahrenheit warmer than they were in the late 1800s.

In this context, what to make of the recent polar blast? Some research has suggested that, as the Artic rapidly warms, it can make weather extremes more likely. Specifically, the heating Arctic makes the jet stream more prone to meandering to the north or the south, allowing polar air to swoop down from the Arctic.

However, others remain to be convinced. “A warming world is still one where we have many types of weather events. We’ll still have cold snaps,” commented Zeke Hausfather, a climate scientist and the director of climate and energy at the Breakthrough Institute, an environmental research centre.

Besides, these sorts of events will inevitably happen again, regardless of what the climate does, according to Daniel Horton, a climate scientist at Northwestern University, who has said we can expect variable, dynamic weather without taking into effect climate change.

And the reality remains that such cold snaps do not reflect the longer trend. “The cold seasons are warming faster than the warm seasons,” Deke Arndt, chief of climate monitoring at the National Oceanic and Atmospheric Administration’s National Centers for Environmental Information, said recently.

In the US, that means winters in both Maine and Alaska are around 5 degrees Fahrenheit hotter on average since the early 1900s. 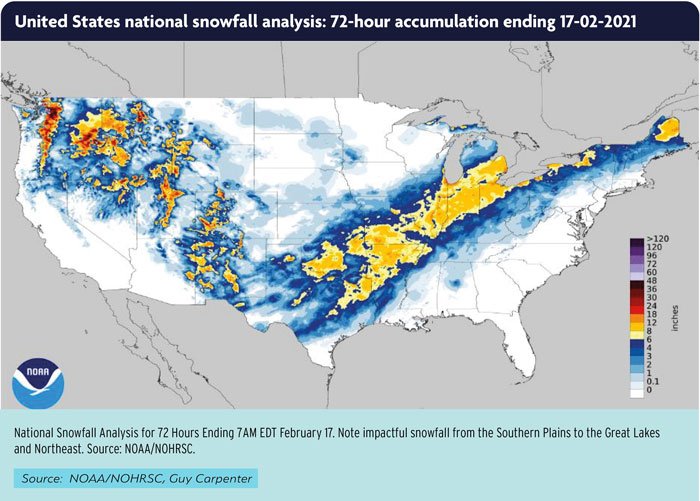 0
SHARE:
Blair Institute: we need to be better prepared for next pandemic

IMF calls for action on COVID and climate
Scroll to top