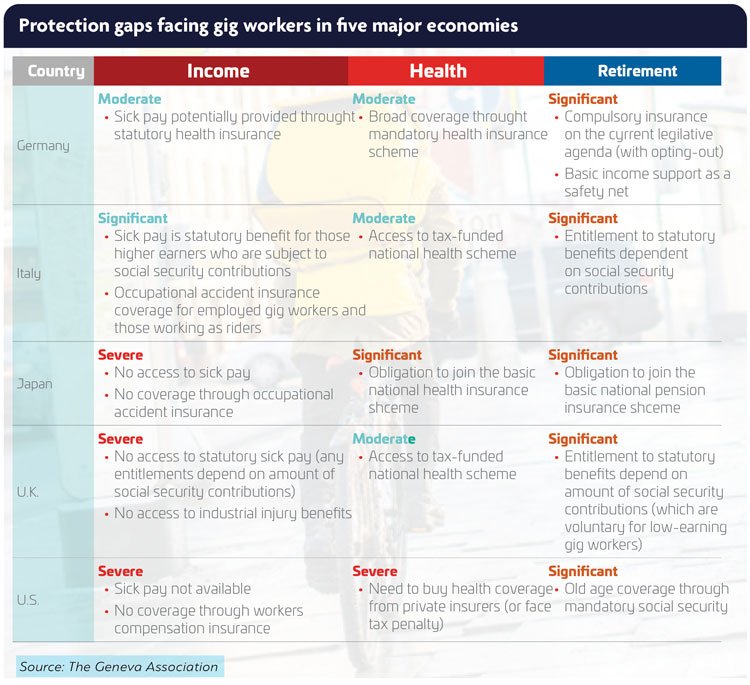 Want to find out more about insuring the new gig economy? A new report from the Geneva Association sheds new light.

Today’s workers increasingly offer their services through gig economy platforms, digital platforms that match workers to customers on a per-service (‘gig’) and on-demand basis, according to a report from think-tank The Geneva Association .

Though rapidly growing, the report says, the share of workers that derive the main source of their income from work intermediated through digital platforms – known as primary workers – is still relatively small, accounting for about 3% (8 million people) and 1.5% (7 million people) of the adult population in the US and EU, respectively, the report suggests. Digital labour platforms in these regions generate total revenues estimated at $35 billion and $15 billion, respectively, and total combined gig worker income amounts to about $200 billion after commission, assuming a rate of 20%.

Digital technology and demographic shifts fuel the growth of this new form of work, it adds. According to the UN, the Millennial Generation (born between 1981 and 1996) and Generation Z (born after 1997) now account for the majority of the global population. Having experienced two major global recessions, younger Millennials and working Gen Z-ers are increasingly aware of the fact that traditional employment does not necessarily provide the long-term benefits and security that previous generations enjoyed. These younger workers may therefore place more emphasis on other objectives such as flexibility and purpose. This shift is an important driver behind the rise of gig work.

Work intermediated through digital labour platforms offers major benefits to both workers and their customers, The Geneva Association says. However, social protection coverage of gig workers is low. They frequently do not meet eligibility requirements for statutory access to benefits schemes for the self-employed due to insufficient contribution periods, and in many countries, self-employed workers are not covered at all by social insurance systems, or only on a voluntary and partial basis.

A global ILO survey of 20,000 platform workers in 100 countries found that only 60% of all gig workers are covered by health insurance and as few as 35% have a (private or public) pension or retirement plan. Even more precarious are protection levels for work injuries and disability, with just 21% and 13%, respectively, of surveyed workers covered.

For around a third of respondents, gig work complements earnings  from a job as a salaried employee outside of the platform economy – in most cases, their social protection coverage almost exclusively derives from their ‘traditional’ job. In general, when contingencies are not related to a specific job, protection for gig workers is more easily available. For example, social assistance schemes are typically funded through general tax revenue, and entitlement rules are needs-based

The report suggests that these massive coverage gaps present society with the challenge of ‘organising’ protection for gig workers. Non- contributory, tax-financed social protection mechanisms are considered essential to providing at least a basic level of protection for all residents of a country, including those who are not (sufficiently) covered by contributory social insurance schemes. Social protection is extended independently of employment status. Enlarging risk pools through social insurance is another way for governments to protect their citizens from hazards that can prove financially ruinous. However, it says, social insurance coverage of platform workers who are classified as self-employed is often limited:

“Though private insurance is not designed to mitigate the hardship encountered by low-income gig workers or other segments of the population through wealth transfers, it has an important role to play in complementing public schemes. For example, as social insurance generally treats participants similarly in terms of pricing and benefits, such schemes do little in terms of promoting incentives for risk mitigation – a major and highly relevant benefit for society offered by risk-based private insurance mechanisms.”

“Meeting the needs of gig workers requires traditional insurers to innovate across key links of their value chain, for example by embedding marketing activities into platform apps, designing flexible, on-demand coverage that can be activated and deactivated, and automating sales and claims processes.”

The report notes that, from an underwriting perspective, many gig workers, especially physical labourers, have a challenging risk profile. The absence of regulatory frameworks means there are major concerns about worker health, safety and well-being. Further, the gig economy tends to attract younger workers with little work history and experience with occupational safety hazards. This inexperience, combined with high-risk gigs such as passenger transportation and freight delivery services, makes these workers more prone to on-the-job injuries.

Finally, it adds, income from gig work is neither stable nor reliable, defying key assumptions behind traditional underwriting. An offsetting factor, however, is the ubiquity of smart-phone-based and real-time data from both platforms and individual gig workers. In combination with online transacting, this can facilitate risk assessment and pricing and generate highly accurate custom quotes.

Assuming that primary gig workers account for about 50% of the total income generated from gig work and have the capacity to spend 10% of their income on private insurance, the gig platform insurance market in the US and EU would amount to an estimated combined annual premium volume of approximately $10 billion, the report suggests.

The pandemic has contributed to exposing both the vulnerability and indispensability of many gig workers, and stakeholders should take action to mitigate their risk exposures. The Geneva Association offers the following recommendations:

In summary, governments, platforms and private insurers, in collaboration with gig workers and their associations, need to redesign protection frameworks to ensure that all forms of modern work are secure and sustainable.

This is a summary of the main findings of the report by The Geneva Association, Gig Economy Work: Mind the protection gaps. To read the full report, click here.

A global ILO survey of 20,000 platform workers in 100 countries found that only 60% of all gig workers are covered by health insurance and as few as 35% have a (private or public) pension or retirement plan. Even more precarious are protection levels for work injuries and disability, with just 21% and 13%, respectively, of surveyed workers covered. 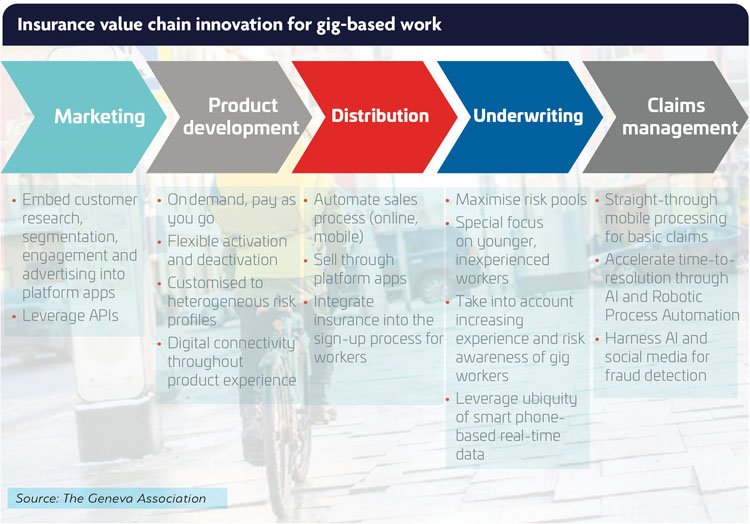 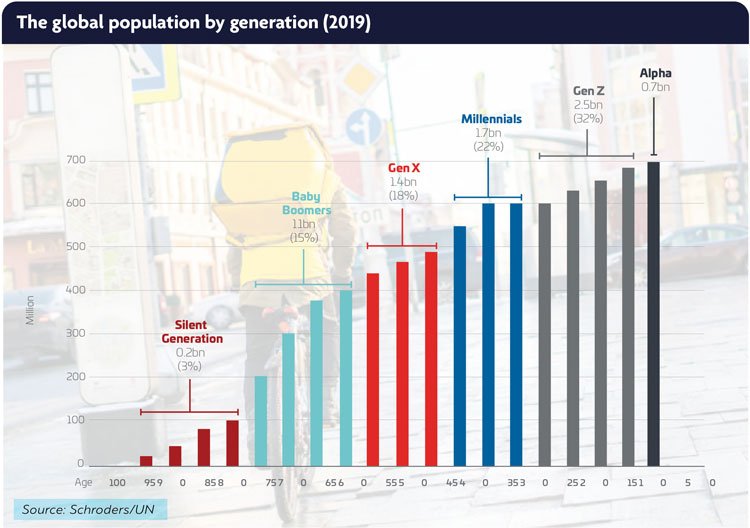