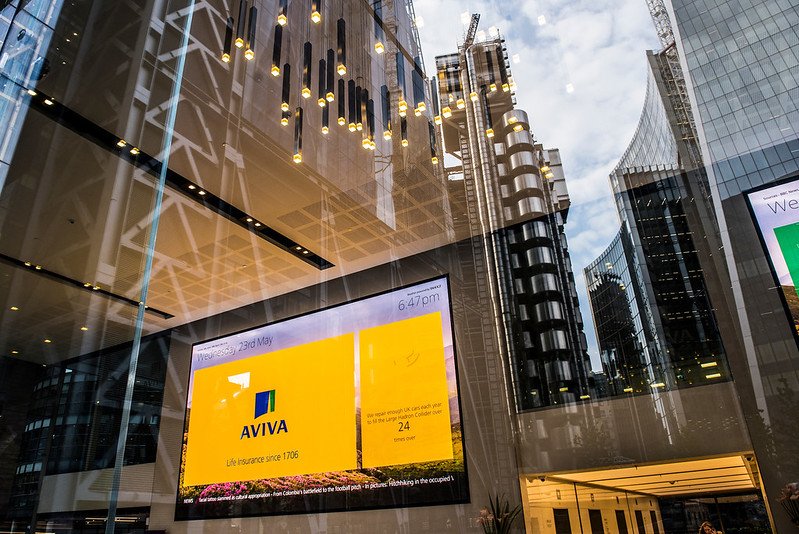 Insurer Aviva’s UK CEO has warned British businesses cannot ignore the threat of climate change after new research found that the threat was seen as one of their top concerns.

Adam Winslow, the insurer’s CEO, UK & Ireland General Insurance, made his comments as Aviva published its second Risk Insights Report which found fears of staff shortages and the economy were seen as the biggest threats to business continuity.

However, Climate change and environmental risks (including extreme weather events) failed to make the top 10 risks for the second year running, despite a year which saw Storm Christoph bring a month’s worth of rainfall to parts of the UK in just three days, wildfires in California and Greece, and widespread flooding in Germany.

“Aviva’s Risk Insights Report captures British businesses as they emerge from the pandemic, eager to grow, but still clearly constrained by a host of pressing and interconnected risks, said Winslow.  “While some risks are not wholly in our control, there is much we can do to mitigate them. Concerns about the economy, the workforce and the trading environment cannot be seen in isolation, and the risk they pose can be reduced through foresight, careful planning and active management. How a business charts its course through these risks will have a direct impact on its reputation with both customers and employees.

“Climate change is noticeably absent in business leaders’ top risks.  It cannot be dismissed as someone else’s responsibility. COP26 has shown us that businesses have a key role to play in tackling climate change and their commercial operations and reputation will be under threat if they fail to take action.”

Although 37% of businesses said economic concerns was their most pressing risk within the report, they are decidedly more upbeat about the prospects of their own organisation (61%) than the economy as a whole (34%). Confidence is noticeably lower for small businesses, with less than half (48%) saying they are confident about their own economic future, compared with mid-markets and corporates (73% each). The construction and real estate sector has the most confident outlook, for the UK economy as a whole (41%) and for their own business (68%).

Business concerns about the labour shortage run deep, with 69% of businesses saying they are ‘worried’, making it the second biggest concern for companies. And it is the most urgent of all risks, with 71% of the businesses that are worried about this saying that solving the worker shortage was ‘urgent’.

Aviva’s research clearly shows that Brexit continues to be a major concern for British businesses. One in four businesses (25%) said Brexit was one of the biggest risks they face, making the impact of Brexit the fourth-biggest risk. It is the issue that businesses are most worried about (78%), and the second most-urgent risk to address (70%). Companies of all sizes and across most sectors said that Brexit will have a negative long-term impact on their business. Uncertainty around trading after Brexit (24%) was the risk businesses thought was most likely to be given too low a priority.

Supply chain vulnerabilities are subject to a number of other risks, including worker shortages, Brexit, and the global impact of Covid-19. In response, 53% of businesses say they are undertaking, or planning to undertake, changes to de-risk their supply chain. This increases to two-thirds of mid-sized businesses and corporates who plan on undertaking a review.

Businesses are managing the increased supply chain risk by reviewing it with an aim of cutting cost (26%) or avoiding potential reputational risks (14%). One in five businesses (19%) said Brexit ‘forced’ a change, and 18% said they made changes after the pandemic disrupted their supply chain. Businesses in the manufacturing and industry sector were most likely to review or change their supply chain (77%).

Although most businesses did not rank climate change as one of the top risks they face (14th at 8%), of those businesses that did, two-thirds (67%) viewed it as both urgent and worrying. Businesses’ long-term view of the impact of climate change on their business is overly negative, with a net score of minus 19%, second only to Brexit. More widely, our research shows that Environmental, Social and Governance (ESG) is increasingly being adopted by businesses, with more business leaders saying ESG criteria are ‘important’ than in 2020.

Winslow added: “Businesses have really shown their mettle over the last couple of years, adapting to an ever-changing set of urgent risks. The year ahead is likely to pose continued challenges, including the threat of flu and Covid-19 this winter, as well as seasonal weather events, both of which could put additional pressure on staffing shortages and supply chains.

“Now is the time for businesses to double-down on their risk management and business continuity planning to prepare for a wide range of potential stresses and risks. Business continuity plans should be regularly tested. And risk management strategies should – if not already – be at the centre of an organisation’s planning and strategy so that they can best prepare and protect themselves from a range of extreme and high-risk events.”

Although 37% of businesses said economic concerns was their most pressing risk within the report, they are decidedly more upbeat about the prospects of their own organisation (61%) than the economy as a whole (34%). Confidence is noticeably lower for small businesses, with less than half (48%) saying they are confident about their own economic future, compared with mid-markets and corporates (73% each).

IEA urges governments to driving funding for the technology to hit climate ...
Scroll to top