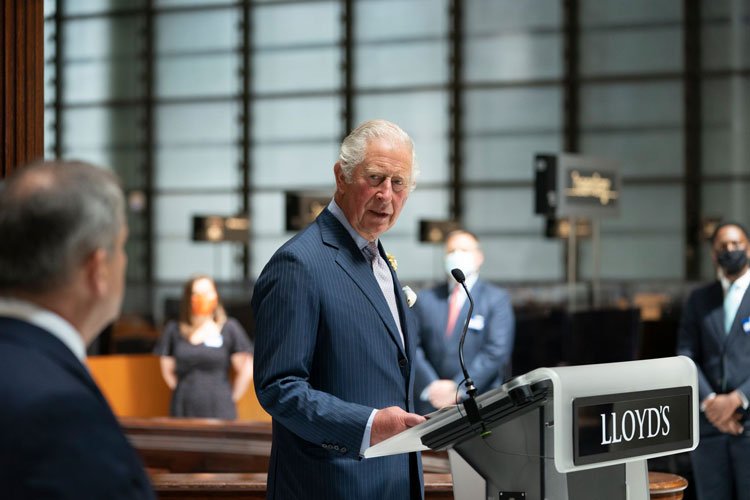 It’s far too easy to adopt a cynical approach to these things, so it will come as no surprise to learn that my initial reaction to the visit of Prince Charles to Lloyd’s yesterday to launch the Sustainable Markets Initiative (SMI) Insurance Taskforce was to scoff. Some nice suits, a sprinkle of royal magic, lots of lovely smiles and a collection of industry grandees all looks very good but what does it really amount to?

But let’s for a moment take a step back and try to be a little kinder, shall we? I mean, who would have thought even 10 years ago that the Lloyd’s market would be hosting the launch of an initiative whose stated aim is to “provide climate positive financing and risk management solutions to support and encourage individuals and businesses around the world to accelerate their transition to a sustainable future”?

I genuinely think we are at a crucial inflexion point here. And it’s one that is being driven by the hard truths of climate change. As we have reported, the past week’s punishing heatwave across large swathes of the United States could be a harbinger of worse to come unless action is taken to address greenhouse gas emissions, according to research.

Unusually hot days and multi-day heat waves are a natural part of day-to-day variation in weather. However, as the Earth’s climate warms, however, hotter-than-usual days and nights are becoming more common and heat waves are expected to become more frequent and intense, according to recent research sponsored by the United States federal government.

The brutal fact is that heat waves are occurring more often than they used to in major cities across the United States, from an average of two heat waves per year during the 1960s to more than six per year during the 2010s, according to the US Global Change Research Program (USGCRP). And in the past week approximately 40 million people experienced temperatures of 100F (38C) or hotter, with more than 55% of the west experiencing “extreme” or “exceptional” drought conditions, according to the US Drought Monitor.

What sort of impact will the latest task force have here? Well it’s not going to tip the balance overnight, but it’s a start, and will have some tangible impact. For example, there are now plans to launch “at least two new insurance products to protect priority industries, such as nuclear energy, hydrogen and offshore wind, against an evolving risk landscape, in order to enable their accelerated growth”.

Small steps in the grand scheme of things, but important steps.

I genuinely think we are at a crucial inflexion point here. And it’s one that is being driven by the hard truths of climate change. As we have reported, the past week’s punishing heatwave across large swathes of the United States could be a harbinger of worse to come unless action is taken to address greenhouse gas emissions, according to research.