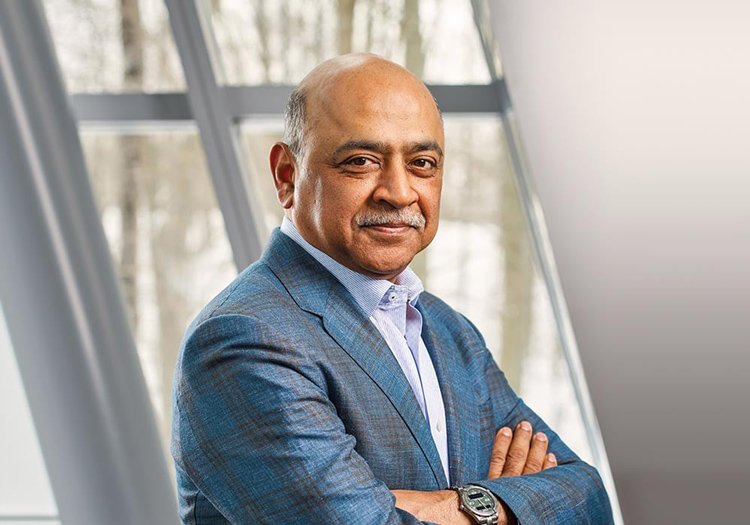 IBM CEO: Quantum computing set to take-off over next decade

The CEO of IBM confidently expects that the nascent quantum computing industry will take-off “like a rocket ship” over the next decade.

IBM chairman and CEO Arvind Krishna (above) was speaking during an interview recorded for the Fast Company Innovation Festival.

The potential of quantum computing for the risk market is considerable as the processing power of the new systems will, according to its proselytizers, solve problems beyond standard computers, helping to address key issues such as combating climate change and even to accelerate artificial intelligence.

IBM finished its first quantum system, the IBM Q System ONE, in 2019.

The System One is a 20-qubit system, meaning that it operates on 20 quantum bits. These qubits are the basic units of computing, comparable to the atomic-size bits used in regular computers.

Bits, however, can exist only in two states—one or zero. Qubits are subatomic and move considerably faster than bits, giving rise to the considerable possibilities for quantum processing. Perhaps most importantly, qubits can occupy two physical states at once in what is known as a “superposition” in quantum physics.

For scientists and risk modellers trying to model complex problems, this opens up exciting possibilities.

Indeed, according to researchers, superposition is why quantum computers may eventually be especially useful in solving problems that concern assessment of risk, such as in logistics, supply chain management, or resource optimisation.

And quantum research is progressing at pace. Last week, for example, researchers from Goldman Sachs IonQ and QC Ware, a start-up that specializes in quantum computing algorithms, said they had demonstrated how a fundamental mathematical technique that underpins the pricing of financial risk can be run better and faster on a quantum computer than on conventional ones.

Will Zeng, the head of quantum research at Goldman Sachs,  said that the experiment was able to show that with a sufficiently powerful enough quantum computer, there should be a significant performance improvement in pricing financial risk via the Monte Carlo simulation.

Despite the considerable potential for quantum computers, there are still significant hurdles to overcome. Quantum computers are exceedingly difficult to engineer, build and programme.

And at present they must operate in extremely cold temperatures so that the quantum state of the materials inside can be controlled.