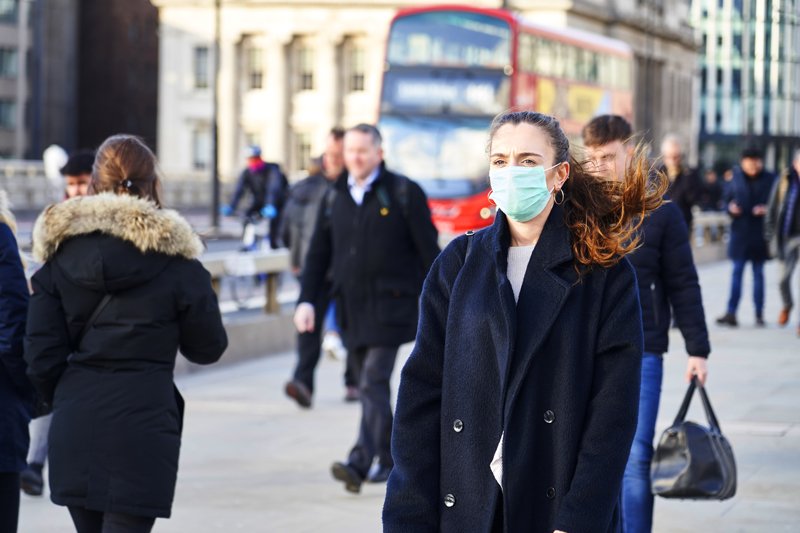 As the UK braces for mandatory face masks in public places the costs of Covid on the financial and mental health of individuals is becoming increasingly apparent.

However the move to a new normal may well see far more employees opt to work from home than head into an office, which will bring with it new challenges for firms and management, particularly around how to ensure staff know their efforts are being recognised.

In the USA Prudential Insurance Group has issued its 2020 Financial Wellness Census, and the results made grim reading for many.

The first months of the COVID-19 pandemic largely wiped out three years of financial gains in the United States, with more than half of Americans reporting their financial health has been compromised, it said. “People of colour, women, younger generations and small business owners were among those disproportionately affected, said Prudential.

“This crisis exposed deep fissures in our public health and economic systems, pervasive racial and social inequity, and how weak our collective immunity is to financial disruption,” said John Kalamarides, President of Prudential Group Insurance. “Tackling these systemic vulnerabilities will require bold thinking and public/private partnerships to help our society overcome financial fragility and prosper through an inclusive recovery.”

The negative impact is disproportionately high for certain segments of the population. For example, while 48% of all of those surveyed said they were worried about their financial future, 56% of Black Americans and 56% of Latino Americans said they were worried about their financial futures. And while 17% of all Americans reported being unemployed, that figure was considerably higher for those with household income under $30,000 (34%) versus those with household income of over $100,000 (8%).

Where 17% of respondents said their household income was cut by half or more, that number rose to 31% for gig workers, and 24% for those employed in the retail industry.

The results are a startling contrast to findings just months earlier, in December 2019, showing Americans were financially on the upswing. More than half (52%) ranked themselves financially healthy by objective measures, up from 46% in Prudential’s first Financial Wellness Census conducted in October 2017.

There was slightly better news around how employees were coping with the move to remote working with a big majority saying they would like to make the move permanent.

More than three-quarters of those surveyed by talent optimisation firm The Predictive Index reported a desire to continue working remotely, whether full- or part-time, even after social distancing mandates are eased.

Those who most enjoy working from home tend to lean all the way into it, with 40% saying they want to continue full-time remote work permanently. But the 2020 Impact of Behavioural Drives in a Remote Workplace Report reveals differing responses once respondents are grouped by personality type.

“Business leaders who analyse behavioural drives in this new remote environment can make changes proactively to enjoy a more productive and engaged workforce—leveraging the foundation of talent optimization: people data,” said Mike Zani, CEO of The Predictive Index. “Any CEO armed with this data can move off the issue of whether people are working as hard and move on to the more important issue: How do we best work remotely?”

Although remote work has been well-received, the report finds confidence in one’s business strategy dipped. Forty-seven percent of behavioural profiles reported feeling less confident in their company’s business strategy than they were before going remote, underscoring the importance of frequent and transparent communication during times of change.

The report found Working remotely full-time was a huge change for many, with 33% had never done it before. It found 40% of those surveyed reported their working hours were unchanged. Another 32% said they are actually working more hours from home than they did before.

Three of four behavioural groups reported feeling less exhausted by remote meetings than in-person meetings. However, exerting influence in virtual meetings is harder. All four behavioural groups confirmed this sentiment, with dominant personalities most likely to say their potential to influence a group meeting had diminished since moving from in-person to remote work.