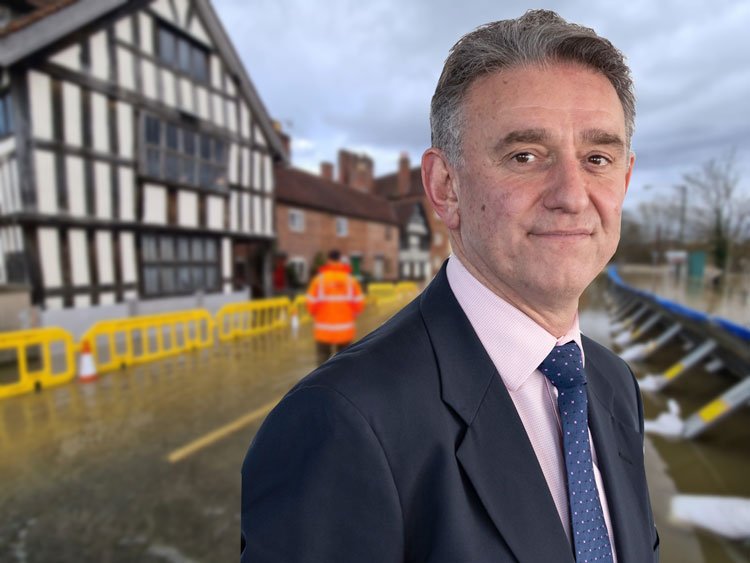 How InsurTech can predict the ESG impact of flood risk

There is a significant overlap between insurance, InsurTech, and Environmental, Social, and Governance (ESG) issues, including for flood risk, an issue that is increasing worldwide. Fortunately, there are new technologies that can reduce the impact of flood risk to the benefit of ESG.

Flood is the most frequently occurring effect of climate change in the UK and worldwide, and its severity is only forecast to get worse. According to the UN Intergovernmental Panel on Climate Change (IPCC), “climate change could increase the annual cost of flooding in the UK almost 15-fold by the 2080s under high emission scenarios”.

At the same time, the Association of British Insurers (ABI) warns that annual UK flood losses are already costing around £1bn and will increase rapidly, as a result of both climate change and increased urbanisation. Clearly, insurers and those who live in areas liable to flooding must take the threat of climate change seriously. Not only are the losses eye-watering, but flood also has an impact across the entire ESG spectrum.

With ESG dominating board room agendas due to pressure from shareholders, regulators, customers, social activists – and even firms’ own employees – it’s worth looking at the impact of flood through the ESG lens.

In the UK storms of 2020, the average commercial property flood claim was £70,000. In the vast majority of cases, claims are processed using new for old, which is anti-sustainable.

That’s not all. Many businesses also face another environmental challenge if flooded. Manufacturers, retailers, utilities, distribution centres, agricultural suppliers, and others use chemicals and produce high volumes of waste, which can contaminate the flood water. Flood water can carry hazardous pollutants considerable distances, causing serious environmental damage over a wide area.

Accurate flood warnings and real-time flood alerts can reduce this potential environmental damage. Businesses and households have time to turn off gas and electricity and move crucial items out of danger, reducing the need to replace them.

The ability to move waste and chemicals out of harm’s way alone would reduce the potential environmental impact of the flood hugely. Businesses with flood resilience measures in place can also protect their buildings, heavy machinery, and other immovable items.

Around 40% of businesses never reopen after a flood. The social impact of this is huge. When businesses close, unemployment increases. In small towns, losing 40% of local shops and cafes will reduce the number of shoppers. And of course, this has the knock-on effect of reducing the income of local councils due to fewer businesses paying rates, fewer visitors paying for parking, and so on.

The more an area is prone to risk, the less likely it is to get back on its feet. After all, what local business person would take the risk of opening a new café in a location where the last one closed due to flooding? The less income the council makes, the less money it has available to invest in attempts to revive the area.

What’s potentially even worse is that experiencing extreme weather damage can increase the chances of suffering stress or depression by 50%, according to The Environment Agency.

The good news is that businesses that invest in flood resilience measures and use flood warnings to prepare flood plans can see a significant impact.

Mary Dhonau OBE is a flood risk consultant and former CEO of the National Flood Forum. She specialises in raising local flood awareness by planning for flooding and advising on property flood resilience measures. She interviewed various business in Hebden Bridge who had suffered multiple floods in the past five years. She found that businesses there had put resilience measures in place and used flood warnings and flood plans.

As a result, after their most recent flood the local businesses had reduced their losses by over 90% and were able to reopen in three days rather than four months – as had been the case for most of them prior to putting flood measures in place. This is an example of where an entire local community has been able to minimise the social impact of flooding by being better prepared.

Insurers and banks are now subject to stress tests that assess their vulnerability to flooding, while boards and investors require that governance around climate change risk is taken seriously.

Flooding can affect large organisations in various ways, including by creating major stock shortages and raising prices, having to pay fines due to the environmental impact of the flood, or even hospitals having to close, endangering lives.

This is where flood warnings can again have a crucial impact for a large organisation’s ability to create effective flood plans as part of their good governance.

Take the example of BT, the UK telecoms company. Flooding to BT properties could result in major outages of telephone and internet services that people rely on. Alleviating this threat is a focus area for the company:

Zurich Insurance Group is working with BT and Previsico on piloting more accurate flood warnings and has created a new unit, Zurich Resilience Solutions, dedicated to “proactively managing complex risks by applying our extensive risk engineer expertise,” according to Gabrielle Durisch, head of Sustainability for Commercial Insurance and Group Underwriting at Zurich.

Viewing flood through the ESG lens

These major insurers are treating flood resilience as part of their governance responsibilities, realising that ESG is a helpful framework for better understanding the potential impact of flood. Flooding has a clear environmental, social and governance impact, and it’s beneficial to see it in those terms.

Doing so helps insurers and their clients to look at flood resilience in a more holistic way, thereby gaining a better understanding of the importance of flood warnings, flood plans, and flood resilience to better protect lives and livelihoods and reduce losses for insurers.

Jonathan Jackson is CEO of Previsico