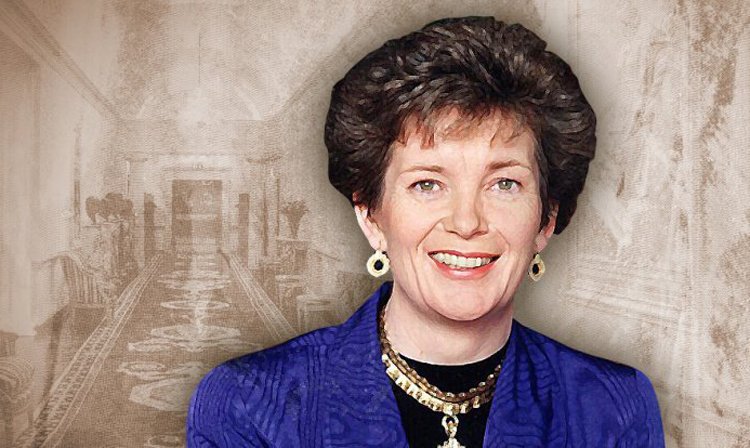 Former Irish president Mary Robinson has called on the world’s government to drastically reshape the way they apply subsidies after research found the world is spending close to $2 trillion every year, equivalent to 2% of global GDP, on subsidies that are driving the destruction of ecosystems and species extinction.

Robinson was speaking as new research commissioned by The B Team, a global collective of business and civil society leaders catalysing a better way of doing business and supported by Business for Nature warned the world was financing its own extinction by the way in which it applied its sanctions.

Robinson, who is also a member of The B Team, said: “Climate action is at a crossroads, in part because of the large scale of public money flowing to harmful industries and practices. We need to see thorough subsidy reform from governments and businesses, with social and environmental considerations at the heart, to ensure a just and equitable transition for all.”

The study is the first in over a decade to provide an estimate of the total value of environmentally harmful subsidies (EHS) across key sectors. It finds the fossil fuel, agriculture and water industries receive more than 80% of all environmentally harmful subsidies per year, depleting natural resources, degrading global ecosystems, and perpetuating unsustainable levels of production and consumption, in addition to exacerbating global inequalities.

Two weeks ahead of the UN Convention on Biological Diversity (CBD) COP15 Open Ended Working Group meeting in Geneva, the two organisations are calling for the $500 billion per year target on subsidy reform in the current draft Global Biodiversity Framework (GBF) to be strengthened to reflect the latest research and commit governments to redirecting, repurposing or eliminating all environmentally harmful subsidies by 2030.

Christiana Figueres, former executive secretary of the UNFCCC; and member, The B Team, said: “Nature is declining at an alarming rate, and we have never lived on a planet with so little biodiversity. At least $1.8 trillion is funding the destruction of nature and changing our climate, while creating huge risks for the very businesses who are receiving the subsidies. In the meantime, we still have not met the Paris Agreement climate finance target of $100 billion per year. Harmful subsidies must be redirected towards protecting the climate and nature, rather than financing our own extinction.”

The study provides a breakdown of EHS across the economy; including agriculture, construction, forestry, fossil fuels, marine capture fisheries, transport and water – sectors that are responsible for the majority of global greenhouse gas emissions.

It links subsidies, provided by public money, to impacts on the environment, global inequalities and climate.  It said $640 billion of support a year is received by the fossil fuel industry, contributing to climate change, air and water pollution, and land subsidence.  A further $520 billion of subsidies a year finances the agriculture industry.

Elizabeth Mrema, executive secretary, Convention on Biological Diversity: “This report is critically important. Transformative action on incentives and subsidies harmful for biodiversity will be decisive this decade to bend the curve of biodiversity loss. I strongly believe this timely report will help generate the requisite political momentum and contribute to the global biodiversity framework.”

The report highlighted how redirecting, repurposing, or eliminating subsidies could make an important contribution to unlocking the $711 billion required each year to halt and reverse the loss of nature by 2030 as well as the cost of reaching net zero emissions.

It noted that the total value of EHS is likely to be higher than the estimates published in the report, owing to a lack of transparency and disclosure of subsidy flows between governments and recipients.

For example, there is no published estimate of subsidies for hard rock mining, yet 80% of the industry’s activity takes place in five of the six most ecologically diverse biomes.

It also notes the unaccounted-for costs to society from environmental damages caused by subsidised activities can be equal to or much higher than the subsidies themselves.

The report said cross-industry standards and action across all sectors of EHS are needed to accelerate the rate of change and meet mid-century targets. The business case for redirecting and repurposing EHS The destruction of nature threatens business interests, with over half of the world’s total GDP – $44 trillion – moderately or highly dependent on nature.

The study argued that EHS create major risks for businesses and investors, including distorting investment patterns and industry cost structures, masking operating or accident risks, and creating competitive barriers to environmental improvements. Whilst not the only recipient of EHS, businesses are a major beneficiary of them, and frequently lobby for continued or increased government support.

Roberto Marques, executive chairman and CEO, Natura &Co, said: “Humanity’s dependency on nature’s ecosystems is not currently reflected in our markets or institutions. As businesses we have an important role to play in catalysing the system change to deliver an equitable, net-zero and nature-positive economy. Together, we must work to realign perverse incentives to bring proper value to nature.”

Eva Zabey, executive director, Business for Nature, said: “The UN Biodiversity Conference is our single best chance to turn the tide of nature loss. An ambitious outcome at COP15 on environmentally harmful subsidies has the potential to reset the rules of our economic and financial systems and would incentivize companies to chase nature positive outcomes.”

The report said cross-industry standards and action across all sectors of EHS are needed to accelerate the rate of change and meet mid-century targets. The business case for redirecting and repurposing EHS The destruction of nature threatens business interests, with over half of the world’s total GDP – $44 trillion – moderately or highly dependent on nature.