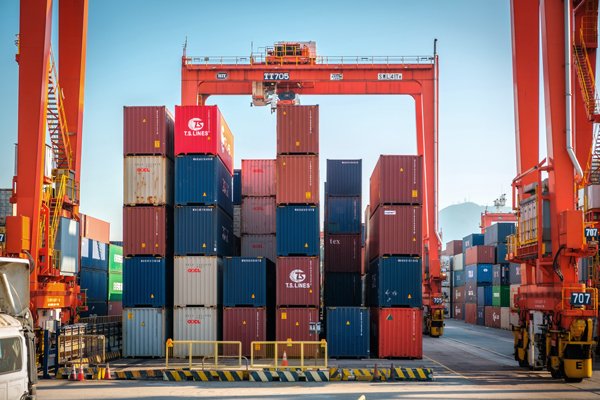 The Secretary General of the UN’s trade and development body has warned the road to recovery for  global trade continues to lengthen.

Mukhisa Kituyi, was speaking as UNCTAD presented its latest COVID-era update which warned world trade will drop by five per cent this quarter, compared with the 2019 level.

While the figure is an improvement over the nearly 20 per cent decline in the second quarter of the year, it is still not enough to pull trade out of the red. The organisation added it expects the value of all good traded to contract by seven to nine percent compared to last year, depending on how the COVID-19 pandemic evolves in the winter months.

“The uncertain course of the pandemic will continue aggravating trade prospects in the coming months”, said Mr Kituyi.  “Despite some ‘green shoots’ we can’t rule out a slowdown in production in certain regions or sudden increases in restrictive policies.”

While the projection represents a decrease, the figure is a more positive result than previously expected, as UNCTAD had projected a 20 per cent year-on-end drop for 2020, back in June.

Trade trends have improved since then, the agency added, primarily due to the earlier than expected resumption of economic activity in Europe and east Asia.

The report points to China, which has shown a notable trade recovery.

Chinese exports had fallen in the early months of the pandemic and stabilized in the second quarter of the year, before rebounding strongly in the next quarter, with year-over year growth of almost 10 per cent.

“Overall, the level of Chinese exports for the first nine months of 2020 was comparable to that of 2019 over the same period”, the report said.

Within China, demand for goods and services has also recovered.  Imports stabilised in July and August and grew by 13 per cent in September.

UNCTAD reported that as of July, the fall in trade was significant in most regions except east Asia.

West and south Asia saw the sharpest declines, with imports dropping by 23 per cent, and exports by 29 per cent.

The report also includes an assessment of trade in different sectors, with the energy and automotive industries hardest hit by the pandemic.

Meanwhile, sectors such as communication equipment, office machinery, and textiles and apparel, have seen strong growth due to the implementation of mitigation responses such as teleworking and personal protection measures.