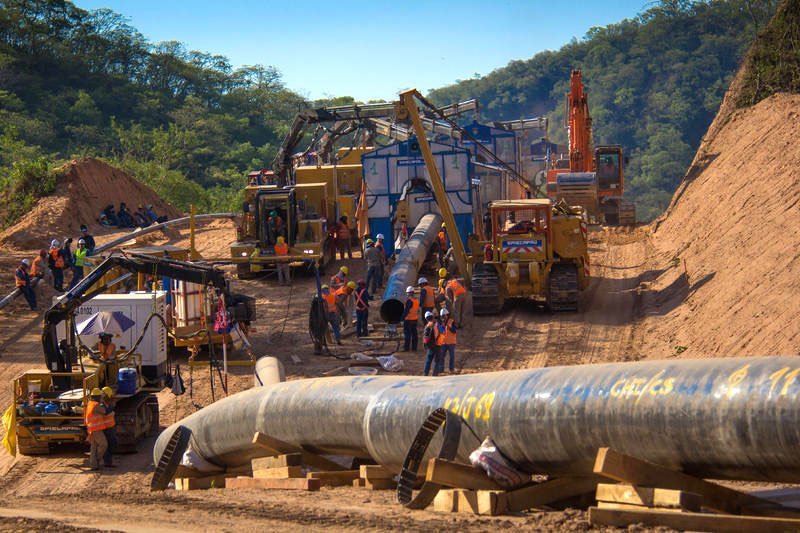 Hannover Re has become the latest underwriter to confirm it will not participate in any reinsurance coverage for a controversial oil pipeline.

The German giant has said any involvement in the East African Crude Oil Pipeline (EACOP), would go against its efforts to drive greater Environmental Social Governance (ESG).

The announcement comes a week after French underwriting group Scor also announced it would not involve itself in EACOP related risks.

Hannover Re has issued a statement stating: “We refrain from providing reinsurance coverage for EACOP due to noncompliance with our ESG expectations. EACOP has been put on an exclusion list about a year ago and our facultative underwriters have been informed accordingly.”

It joins Swiss Re, Axa, Zurich and Scor in publicly committing that they will not underwrite the pipeline.

The news has been welcomed by campaigners.

Omar Elmawi, coordinator of #StopEACOP campaign said the news puts further pressure in the operators and the project.

“The statement by Hannover Re adds to the troubles the pipeline and its associated oil fields are facing,” he said. “Momentum against the project is building with each day. The list of financiers and insurers rejecting EACOP is rapidly increasing. This is a testament to the resilience and determination from all quarters to defend humanity, livelihoods and the environment. We thank these insurance companies for choosing humanity over corporate greed and call on Munich Re and Lloyd’s of London to do the same.”

Lindsay Keenan, European Coordinator, Insure Our Future, added the decision also piled pressure ion those insurers who have yet to make a similar pledge not only on the pipeline but also on the wider coverage of oil and gas projects.

“Hannover Re’s commitment is part of its broader policy to not take on any new re/insurance for new oil or gas exploration, development, storage or pipelines,” he explained. “This policy and the recently updated oil and gas policy of Swiss Re, which has also rejected EACOP, puts the attention firmly onto Munich Re, the world’s largest reinsurer. Munich Re CEO Joachim Wenning should respond with a world-leading oil and gas policy and a clear commitment not to re/insure EACOP.”

“Five of the world’s largest (re)insurers have now declined coverage for EACOP due to environmental and social concerns, joining 15 commercial banks in renouncing the project,” added Coleen Scott, legal and policy associate at Inclusive Development International. “This is a remarkable number of institutions backing away, and with every new rejection, the controversy around this project continues to snowball. Soon it will be too toxic for any bank or insurer to touch.”

Regine Richter, energy and finance campaigner with Urgewald, said “Of the world’s four biggest reinsurers, three have excluded reinsuring EACOP. It is now high time for Munich Re to follow suit. Nearly 50 years of warning against climate change needs to translate into concrete action. Not reinsuring new oil and gas projects is a crucial starting point.”

Hannover Re has issued a statement stating: “We refrain from providing reinsurance coverage for EACOP due to noncompliance with our ESG expectations. EACOP has been put on an exclusion list about a year ago and our facultative underwriters have been informed accordingly.”