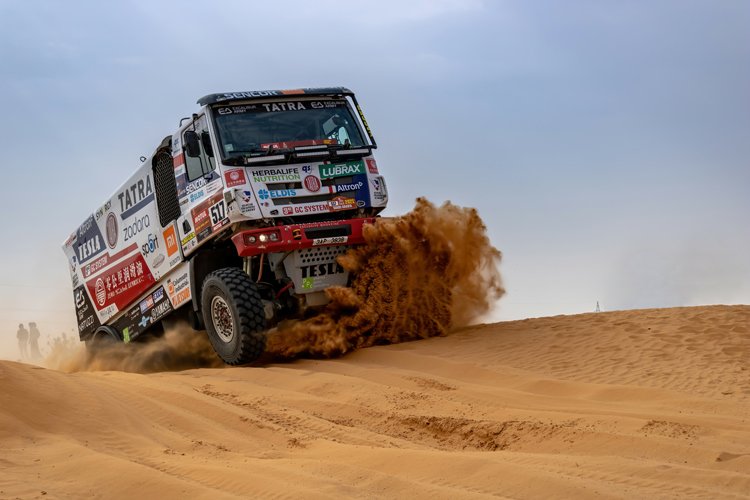 According to the report, a truck belonging to the team of Franco-Italian rally competitor Camelia Liparoti caught fire on 31 December after the driver heard a boom.

A day earlier an explosion under a support vehicle at the rally seriously injured French race driver Philippe Boutron.

French anti-terrorism prosecutors opened a preliminary investigation into the first explosion earlier this month. Foreign Minister Jean-Yves Le Drian has said “there were hypotheses that it was a terrorist attack”.

The French National Anti-Terrorist Prosecutor’s Office (PNAT) said in a statement at the time that the investigation is open for “attempted murder in relation to a terrorist undertaking”. The investigation has been entrusted to the Directorate of Internal Security (DGSI), the country’s counter-terrorism security agency.

However, Saudi Arabia’s foreign ministry has sought to downplay accusations of terrorism, having said on 8 January that an initial investigation into the first blast had not raised any criminal suspicions.

According to the report, France’s DGSI is now also interested by what happened to Liparoti’s truck, a support vehicle for her X-Raid race team.

On its website, RMC showed a video of the truck destroyed by fire, saying that its gas tank was found 50 metres (164 ft) away from the truck and had a hole in it.

The broadcaster said the driver heard an explosion and jumped out of the truck. No one was harmed.

A spokesman for ASO, the French company that organises the Paris- Dakar rally, said it was immediately informed by the X-Raid team of what had happened to Camelia Liparoti’s assistance truck.

The spokesman added that the X-Raid team had informed the company that it was most likely an electrical problem, but if another origin were to appear and that requires an investigation, “we would obviously be ready to collaborate”.

The famous Paris-Dakar rally, now in its 44th edition, started in 1978 as a race from Paris to the Senegalese capital but moved from Africa to South America for safety reasons in 2009.

It has been held entirely in Saudi Arabia since 2020.