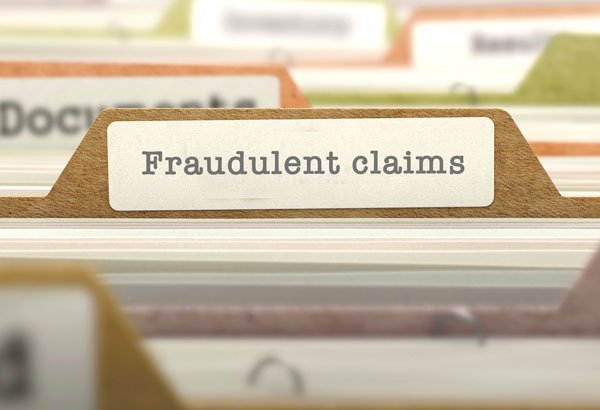 Fraud Cases on the Increase as Insurers get Tough

Insurers in the UK are detecting a new fraud every five minutes as figures show there were 107,000 fraudulent insurance claims worth over £1 billion uncovered by underwriters last year.

The daily cost of the frauds detected is currently £3.3 million with the equivalent of nearly 300 fraudulent claims and just over 2,000 dishonest applications being detected every day according to the Association of British Insurers’ most in depth annual insurance fraud figures out today.

The study found there were 107,000 detected fraudulent claims, up 5% on 2018.  The rise was mainly due to increases in motor and property scams.

While the volume increased, there has been a small decrease of 2% in the value of detected claims fraud to £1.2billion – the equivalent of £3.3m uncovered every day. This resulted in a decrease in the average value of a fraudulent claim to £11,400, compared to £12,200 in 2018.

Motor insurance frauds remained the most common, up 6% in number to 58,000 on 2018, albeit their value, at £605 million, fell slightly.  Around 75% of fraudulent motor claims contain a personal injury element – this may reflect some fraudulent activity ahead of the introduction of personal injury reforms in April next year

The number of liability frauds fell by 14% to 19,000. This may reflect insurers clamping down on ‘trip and slip’ and noise induced hearing loss claims, as well as measures implemented by the travel sector and government to reduce dishonest gastric illness holiday claims

Improved prevention measures and better reporting reflected a significant increase in the volume of application fraud detected, up over 200% on the previous year to 760,000 cases, worth £1.4billion. Application fraud typically includes non-disclosure of previous claims.

Mark Allen, ABI’s Manager, Fraud and Financial Crime, said: “The industry makes no apology for its relentless pursuit of insurance cheats, to protect genuine customers, who end up footing the bill through their insurance premiums. Insurers will not hesitate to ensure that fraudsters seeking to profit at the misery and expense of others will suffer severe and long-lasting consequences.

“Insurers know that the Coronavirus crisis has led to financial hardship for some, and with scammers always preying on people’s anxieties, now it is especially important for consumers to be on their guard, for scams like being approached by someone offering cheap motor insurance. The golden rule is never act in haste – if a deal is too good to be true, then it probably is.”

Ben Fletcher, Director of the Insurance Fraud Bureau, said: “ABI’s latest figures help to draw attention to the clear challenges we are facing in the fight against insurance fraud. Insurance fraud is not a victimless crime, because fraudsters who carry out dangerous scams like ‘Crash for Cash’ and who deliberately damage property put lives at risk. These statistics show the problem remains significant and the sad reality is that the frequency of these scams normally only increases in times of recession and financial hardship.

“By the public reporting evidence of insurance fraud to the IFB’s Cheatline, we are able to work with insurers and the police to take action. We’ll be campaigning in the months ahead to encourage more people to step forward and report insurance fraud.”

One of the country’s senior police officers warned the fraudsters were putting lives at risk.

Insurance fraud is not a victimless crime and the effect of dishonest claims are felt by everyone,” explained Detective Superintendent Peter Ratcliffe, Head of the City of London Police’s Economic Crime Funded Units. “As well as bogus insurance claims inevitably increasing premiums for honest customers, certain tactics used by fraudsters, such as ‘crash for cash’, put the lives of innocent members of the public at serious risk.

Despite these encouraging figures, which show that IFED and the insurance industry are working well to combat insurance fraud, it’s vital that we don’t ease up on our efforts. The fight against insurance fraud is an ongoing one, so we need to continue working together to prevent and detect this crime type, and ultimately bring the criminals involved to justice.”