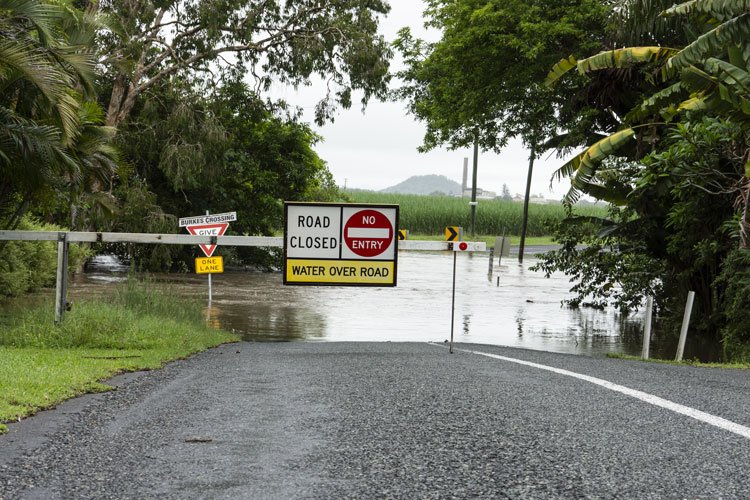 With over 90cm of rainfall recorded in some areas and more to come, while the impacts are affecting metro regions, the flood event looks set to be among the most impactful seen in Australia in recent years.

Around 18,000 people have been evacuated from the severe flooding across New South Wales (NSW) after torrential rain fell for a number of days, resulting in overflowing rivers and even dams around the state capital of Sydney, Queensland.

Meteorologists were calling the flooding a 1-in-100 year event over the weekend, but with the water heights still rising and more prolonged rainfall expected, this has now been upgraded to a 1-in-50 year flood event, according to reports.

Some 10 million people across Western Australia are now under a severe weather warning and while the flooding is the most visible impact, there has also been severe storms, hail and also isolated tornadoes associated with the weather event.

La Nina is being blamed for the weather systems, which are quite a contrast to last year’s severe bushfires and droughts at this time of year.

The Insurance Council of Australia (ICA) has now declared a Catastrophe for large parts of NSW after the devastating storms and flooding of the last few days.

More than 5,000 insurance claims have already been filed and major insurers are already checking on their reinsurance coverage.

The number of claims filed is expected to rise significantly over the coming days.

“It’s too early to understand the extent of the damage to property in affected areas and to estimate the insurance damage bill, however insurers have received over 5,000 claims in the past few days.

“The insurance industry has made this Catastrophe Declaration to activate services and support for affected homeowners and businesses and reassure them that their insurer is there to help.

“As many areas are currently inaccessible due to floodwater, insurers are expecting further claims in coming days as emergency services allow residents to return to their properties to examine the extent of their damage and losses.”

The ICA noted that it’s far too early to estimate the cost of the damages and how much might fall to the insurance and reinsurance sector.

Around 18,000 people have been evacuated from the severe flooding across New South Wales (NSW) after torrential rain fell for a number of days, resulting in overflowing rivers and even dams around the state capital of Sydney, Queensland.