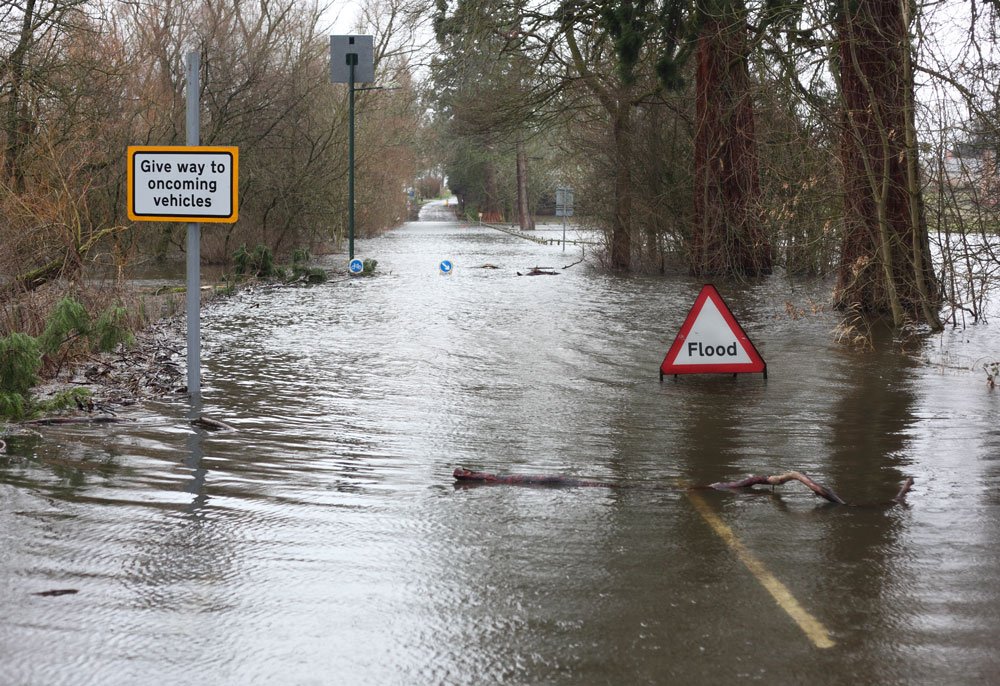 Swiss Re’s head of UK and Ireland has said despite dire warnings over the scale and frequency of future flood events the peril will remain insurable.

However he added that there needed to be a wholesale programme of investment in greater flood resilience to limit the impact of the peril which the latest report from Swiss Re’s sigma research arm has warned will become more prevalent.

The research, which examined both the prevalence and impact of natural disasters throughout 2021, found that global insured losses from these events sat at $111 billion, making it the fourth costliest year on sigma records.

“This continues the long-term trend of insured losses increasing by an average of 5-7% annually worldwide,” said the report. “While Hurricane Ida was the costliest single natural disaster in 2021, secondary peril events once again accounted for the majority of insured losses from natural catastrophes over the year.

“The flooding in Europe in July, for example, was the costliest natural disaster on record in the region. Despite record-level insured losses from floods, the associated global protection gap remains large.”

“Floods affect nearly a third of the world population, more than any other peril. In 2021 alone, we witnessed more than 50 severe flood events across the world,” said Martin Bertogg, Head of Catastrophe Perils at Swiss Re. “Given the scale of devastation, flood risk deserves the same attention and risk assessment rigour as primary perils such as hurricanes.”

The report added climate change is anticipated to cause more frequent and more extreme weather events. “Growing populations, rapid urban development and the accumulation of economic wealth in disaster-prone areas are contributing to the ever-growing catastrophe losses,” it added. “2021 was another year of intense natural catastrophe activity, including devastating floods in Europe, China, the US, and other parts of the world. Already in the first quarter of 2022, major flooding in eastern Australia has caused widespread devastation and substantial insured losses.”

Sigma records show that flooding is by far the most frequently occurring natural peril. In the past decade, there were approximately three times as many major flood events as tropical cyclones. Floods were also causing more than a third of all fatalities related to natural catastrophes. Economic losses from floods amounted to 23%, the second highest after tropical cyclones.

Yet the Swiss Re Institute said it found that over the past decade, only 5% of severe flood losses were insured in emerging markets and 34% in advanced economies, indicating a large global protection gap. The largest gap in flood protection is in Asia, with only 7% of economic losses being covered by insurance. By contrast, in Europe 34% of flood losses are insured.

In the UK catastrophes in 2021 caused $0.8 billion of economic losses, while total insured losses sat at $0.6 billion.

Between 2011 and 2021, natural catastrophes caused insured losses of $10 billion. Economic losses came in at $13.4 billion during the same period.

While sigma said the UK is one of the countries in Europe most exposed to flood risk the high levels of natural catastrophe insurance coverage, including for flood, means the UK has a relatively small protection gap at 25%. However, climate change “poses a significant threat to the region”. As a result, the UK is expected to become increasingly vulnerable to secondary perils such as storms and flooding.

Jason Richards, Swiss Re CEO UK & Ireland, said: “The UK is getting wetter – and is only going to get more so as the effects of climate change continue to take hold. In fact, The Met Office predicts that a record-breaking UK rainfall event such as in October 2020, which included the wettest day ever, could repeat every 30 years by the end of the current century.

“Given the frequency and scale of flood losses, further action should be considered to extend the reach of risk transfer solutions and increase the financial resilience of households, businesses and communities around the world. Flood Re, which from April 2022 will begin working with insurers to cover the cost for homes to be repaired in a more flood-resilient way after a flood, is an example of how this can happen.

“We believe flood is and will remain insurable. To strengthen resilience against flood risk, (re)insurers should be giving it the same attention as primary perils, such as hurricanes. Key to this will be continuing to embrace the full breadth of available data and new innovations – such as those which simulate for the impact of soil-sealing on ground drainage capacity in urban areas – to better understand the different factors that shape present and future risk scenarios.”

“Growing losses from floods are becoming ever more apparent,” added Jérôme Jean Haegeli, Swiss Re’s group chief economist. “Last year we had another wake-up call. There is a growing urgency for action to increase the resilience of societies worldwide. Together with the public sector, (re)insurers are well equipped to steer development away from high-risk areas and invest in protective measures such as green infrastructure. This keeps assets insurable while also improving the growth outlook.”

Sigma records show that flooding is by far the most frequently occurring natural peril. In the past decade, there were approximately three times as many major flood events as tropical cyclones. Floods were also causing more than a third of all fatalities related to natural catastrophes. Economic losses from floods amounted to 23%, the second highest after tropical cyclones.