Insurers and policyholder action groups have welcomed the update for the UK insurance regulator over the moves towards the legal tests of disputed business interruption clauses.

The Financial Conduct Authority (FCA) revealed it has identified 17 policy wordings that it will now put before the courts in an effort to deliver a degree of clarity over whether insurers should pay BI claims under the policies.

The regulator revealed it has chosen the 17 workings after approaching 56 insurers and reviewing over 500 relevant policies from 40 insurers.

“This initial list of insurers and the policy wordings they use is not exhaustive, and we are also now publishing a short consultation on draft guidance asking all insurers to check their policy wordings against those we intend to test to see if theirs will be impacted by the outcome of the case,” it added. “The FCA expects to publish a list of all the relevant insurers and policies that may have impacted wordings in early July.”

Christopher Woolard, (pic) Interim Chief Executive at the FCA said: “The court action we are taking is aimed at providing clarity and certainty for everyone involved in these BI disputes, policyholder and insurer alike. We feel it is also the quickest route to this clarity and by covering multiple policies and insurers, it will also be of most use across the market. The identification of a representative sample of policies and the agreement of insurers who underwrite them to participate in these proceedings is a major step forward in progressing the matter to court.”

The FCA added: “We want to achieve clarity for all concerned in an unprecedented situation. To do this, we are taking a representative sample of cases to court. The FCA will put forward policyholders’ arguments to their best advantage in the public interest.” The FCA has retained the services of Colin Edelman QC, Leigh-Ann Mulcahy QC, Richard Coleman QC and Herbert Smith Freehills to assist it in the case.

The regulator added as stated in its Dear CEO letter of 15 April, “our view remains that most SME insurance policies are focused on property damage (and only have basic cover for BI as a consequence of property damage) so, at least in the majority of cases, insurers are not obliged to pay out in relation to the coronavirus pandemic. This case is focused on the remainder of policies that could be argued to include cover”.

“Over the last 3 weeks we, supported by external counsel, have thoroughly considered the information we received to enable us to decide which selection of policy wordings would be representative of the key issues in dispute between policyholders and insurers,” added the FCA. “This process led to us deciding which insurers we should invite to participate in the High Court test case.”

The Hiscox Action Group formed to represent BI policyholders of the insurer to mount a legal challenge to its refusal to pay out in its policies said it gave “a qualified welcome” to the update.

“We believe it is significant to note that virtually half of the policies the FCA has asked to be examined by the court have been written by Hiscox Insurance,” said a spokesman. “We also note that policyholders cannot join in this action, that individual claims are not going to be examined and that there is nothing to prevent insurers from appealing the outcome, potentially delaying a final decision by months or even years.

“In the FCA’s original “Dear CEO” letter, it asked for insurers to make “interim payments” to policy holders when there were reasonable grounds to do so. Despite naming Hiscox in all most half of the policies under investigation, the FCA has not instructed the insurer to make any interim payments.

“Because of this and whilst this court case goes on, many good British businesses holding Hiscox business interruption policies are likely to go bust.

“This is why the Hiscox Action Group will continue to pursue its own legal remedies in the belief that it may be able to get justice for its members more swiftly than the FCA.”

Hiscox, has issued its own statement welcoming the FCA’s announcement.

“As set out in previous announcements, Hiscox recognises these are extremely difficult times for businesses and is committed to seeking expedited resolution of any contract dispute,” it said. “Hiscox has agreed to assist the FCA by participating alongside other insurers in the test case in order to provide certainty for businesses and brokers on the application of policies as quickly as possible.

“As described in the company’s Q1 Trading Statement on 5 May, Hiscox is actively settling claims for event cancellation and abandonment, media and entertainment and other segments including travel. There is no change to any of the estimates or guidance provided in that update, and the Group’s capital position remains robust.”

Tulsi Naidu, CEO Zurich in the UK said: “This review tests a wide range of standard industry scenarios common to many insurers across the market. We agreed to assist in this process when we were asked by the FCA in relation to our versions of a standard industry wording. Ultimately, the entire industry will benefit from the legal analysis of a small number of test cases. Our ethos is about paying claims and we believe this action will reduce ambiguity and restore confidence in the industry.

“We note that the FCA is clear in its statement that it does not expect all wordings to respond and that policyholders should not expect that the inclusion of a wording implies that their policy will be responsive. Where our policies do cover losses related to the outbreak, we are paying claims as quickly as we can. Based on our own review of wordings and the advice from external legal counsel, we remain confident in our interpretation of our policy wordings. To date, we have received limited claims in relation to the policies being tested by the FCA.”

Zurich added: “In the unlikely event that the UK High Court were to judge that all industry wordings reviewed in the FCA process do provide cover for business interruption in relation to COVID-19, then Zurich estimates that this would result in approximately $200 million of claims net of reinsurance in addition to the scenario for full-year 2020 claims related to COVID-19 presented on May 14. This amount includes assessment of the potential impact to all Zurich UK business, not limited to SME. The continuing nature of the event means that this is subject to significant uncertainty.” 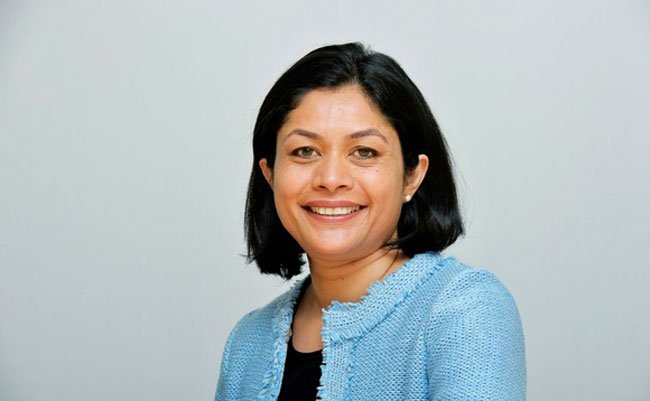 “This review tests a wide range of standard industry scenarios common to many insurers across the market. We agreed to assist in this process when we were asked by the FCA in relation to our versions of a standard industry wording.”