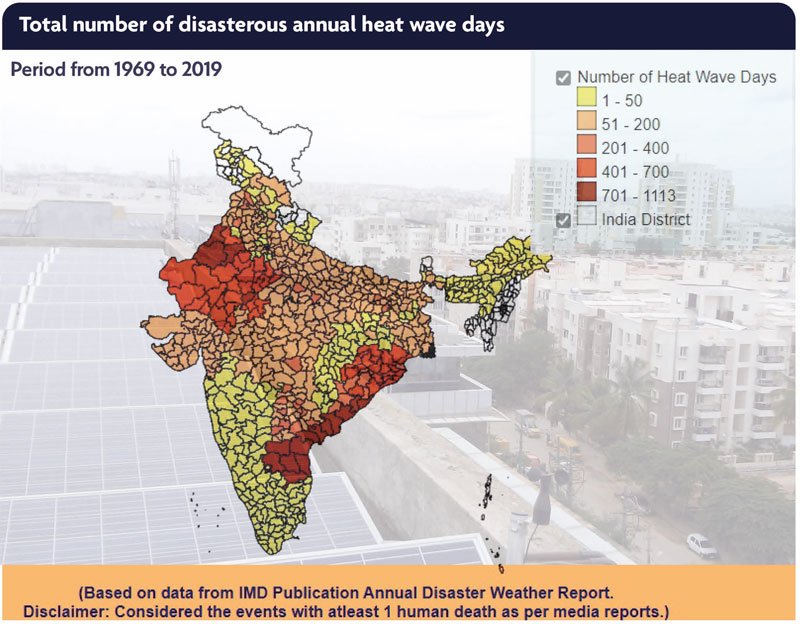 The month of March this year was the hottest in 122 years for India since the India Meteorological Department started maintaining records.

It comes after the extreme heat in March last year, which was the third warmest on record.

The current effects are widespread. India’s western state of Maharashtra has registered 25 deaths from heat stroke since late March, the highest toll in the past five years.

Experts are anticipating further fatalities elsewhere in a country which is experiencing an extended period of extreme weather, with temperatures over 40 degrees Celsius.

Scientists have linked the early onset of an intense summer to climate change, and say more than a billion people in India and neighbouring Pakistan are vulnerable to the extreme heat.

India recorded its warmest March in over a century, with the maximum temperature across the country rising to 33.1 degrees Celsius, nearly 1.86 degrees above normal, according to the India Meteorological Department.

Many parts of India’s north, west and the east saw temperatures surging past 40C last month.

In Subarnapur, Odisha’s hottest district, a high of 43.2 degree Celsius was recorded on Tuesday.

There is some respite in site, but not for some time as cooling monsoon rains are only expected next month.

And the effects of such extreme temperatures could seriously affect global commodity prices in a year in which Russia’s invasion of Ukraine has already caused significant volatility.

India is the world’s second-biggest wheat producer, but the heat could shrivel this year’s crop, after five consecutive years of record harvests.

According to some well-placed observers, production could be down 10% to around 100 million tonnes, with the government possibly restricting exports if production sank to such a level.

WHO: child hepatitis cases under investigation
Scroll to top