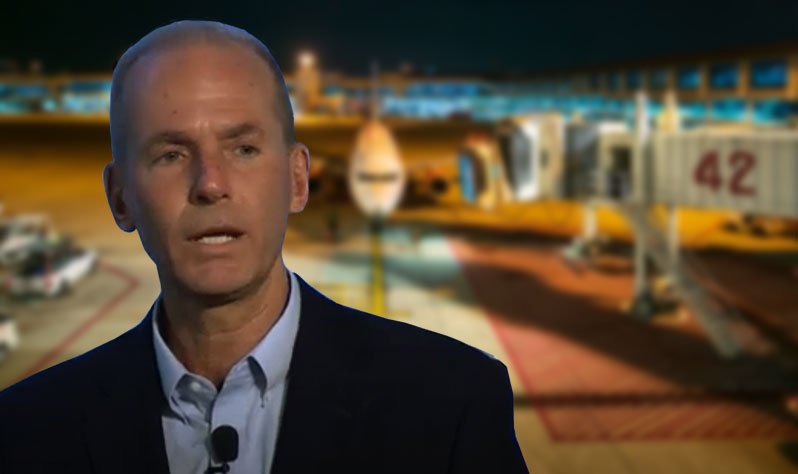 The ousted former CEO of Boeing, who left last year following two fatal crashes of its 737 MAX jetliner and the grounding of the fleet, is raising $200 million as part of plans to re-enter the aviation space.

According to an SEC filing, the SPAC currently intends to concentrate its efforts identifying those businesses engaged with emerging and transformational technologies, focusing particularly on businesses operating within space, defense & communications; and advanced air mobility and logistics industries.

It added: “New and emerging technologies are driving vital changes across these industries, and we believe these developments will continue to accelerate over the next several years.

“We believe that our broad industry focus will provide for many potential targets that could become attractive public companies as well as allow us to explore potential targets with a diverse set of business models and financial characteristics, including those that range from high-growth, early-stage innovators to more mature businesses with established franchises, revenue streams and cash flows.”

Muilenburg’s new venture will face stiff competition from his old company, which is also focusing on emerging technologies in the aviation sector- including pilot free flights.

In December 2020, Boeing completed a series of test-flights exploring how high-performance uncrewed aircraft can operate together controlled by AI using onboard command and data sharing.

Aircraft were added one by one over a period of ten days until five operated as an autonomous unit, reaching speeds of up to 167 miles per hour.

“The tests demonstrated our success in applying artificial intelligence algorithms to ‘teach’ the aircraft’s brain to understand what is required of it,” Emily Hughes, director of Phantom Works, Boeing’s prototyping arm for its defence branch, said in a statement  at the time.

“With the size, number and speed of aircraft used in the test, this is a very significant step for Boeing and the industry in the progress of autonomous mission systems technology,” Hughes continued.

While December’s test-flights were part of its defence part of the business, Boeing stated that the technologies developed from the program would not only inform its developmental Airpower Teaming System (ATS) but apply to all future autonomous aircraft.

Boeing is alone in testing autonomous flights. A little over a year ago, on 16 January 2020, Airbus completed the first fully automatic vision-based take-off and landing within the framework of its Autonomous Taxi, Take-Off and Landing (ATTOL) project.

Rather than relying on an Instrument Landing System (ILS), the AI-controlled take-off was governed by image-recognition software installed on the aircraft.

The ATTOL project was completed in June 2020. However, Airbus has stated that its goal is for autonomous technologies to improve flight operations and overall performance – not to reach autonomous flight as a target in itself. Pilots, Airbus says, will remain at the heart of operations.

In December 2020, Boeing completed a series of test-flights exploring how high-performance uncrewed aircraft can operate together controlled by AI using onboard command and data sharing.