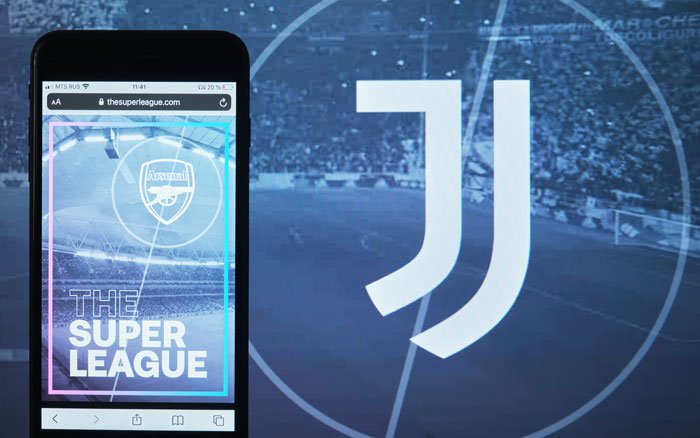 The prospect of a European Super League (ESL) – now almost certainly a failed project after the withdrawal of six English clubs – would have been a multi-billion Euro own goal, according to analysis by brand valuation consultancy Brand Finance.

Brand Finance said it has been tracking the financial value of football brands for 15 years and that the proposition is potentially the biggest shakeup to the game seen in that time, calculating that the ESL Founding Clubs were likely to have lost a combined brand value of €2.5bn, but that number could potentially have been as high as €4.3bn.

This week the world of football was shocked when twelve of Europe’s leading football clubs announced they have agreed to establish a new midweek competition, the ESL. The proposal involved the clubs forming their own competition to rival the UEFA Champions League.

However, after intense lobbying from fans and a threatened intervention from the UK government, late in the day on 20 April all six English clubs said they were no longer participating in the project.

It had been anticipated a further three clubs will join ahead of the inaugural season, which, according to the clubs, “is intended to commence as soon as practicable”.

In a statement the ESL said: “Given the current circumstances, we shall reconsider the most appropriate steps to reshape the project, always having in mind our goals of offering fans the best experience possible while enhancing solidarity payments for the entire football community.”

The two listed clubs in the original proposal, Manchester United and Juventus, have already seen an adverse financial impact.

Manchester United’s stock fell 6% in the immediate aftermath of the news that the six English clubs were all backing out of the controversial project. The share price of Juventus closed down by 4% following the news.

The move – widely regarded as motivated by greed and certainly not in the best interests of fans – could have ended up costing the clubs dear, according to Richard Haigh, managing director of Brand Finance.

“For the ESL ‘Founding Clubs’ the prize seems obvious – more money – but this ignores the huge risk that fans won’t follow and neither will the money,” he said.

“There is outrage in the home markets from both fans and leagues alike, but it is not clear yet what the repercussions will be. Will fans vote with their feet and leave the clubs many have supported their entire lives? Will the leagues impose fines, or point deductions leading to relegation and further financial loss?”

In the most likely scenario, Brand Finance estimates that the annual loss for the founding clubs would have been €1.1bn in revenue a year and the brands would all have suffered significant reputational damage, leading to a drop in brand value of €2.5bn.

This loss was attributable to a combination of lower broadcasting, commercial, and matchday revenue. It assumed that the UEFA would not have allowed the teams to compete in Champions League and the national leagues also remove the teams from their rosters.

The analysis also indicates that not only would the move have inflicted financial damage on the founding clubs themselves, but also on the other clubs in their leagues, which could possibly lose up to 25% of their brand value.

“In our view the result will be damaging for the clubs involved. The sentiment of fans online is overwhelmingly negative, with negative posts outweighing positive ones three to one. Negative sentiment like this will inevitably lead to lower matchday spend and commercial revenue in the clubs’ home nations, which is still the lion’s share of any European club’s income.”

If not from the domestic markets, then the revenue will have to come from the US or China, but an uplift in either of these geographies seems unlikely, the consultancy suggested.

In both the US and China, the domestic leagues are by far the most popular as measured in Brand Finance’s Football Fan Survey. 31% of US fans prefer Major League Soccer and 21% of Chinese Fans prefer the Chinese Super League – and these numbers are already strengthening year by year. Both are countries that will more readily put their resources behind home grown team brands than foreign ones if the opportunity presents itself.

China is no longer an undeveloped market for European and North American football brands to grow, Brand Finance added, with Chinese brands are growing fast. Many of these brands, like Evergrande, are starting to become household names in Europe and the consultancy suggested that it is only a matter of time before we start hearing about Chinese Football clubs more regularly.

As such, it claims, the ESL launch, now on shaky sands, played into their hands.

“In 2011, President Xi Jinping announced his dream to see China win the World Cup, a dream many thought impossible, but as a result the game has received investment at all levels in the country,” said David Haigh, chairman of Brand Finance.

“If the ESL Founding Clubs think that the Chinese market is a vacuum available for them to fill, they are in for a nasty shock when they discover there’s only one true ‘super league’ in China.”

In the most likely scenario, Brand Finance estimates that the annual loss for the founding clubs will be €1.1bn in revenue a year and the brands will all suffer significant reputational damage, leading to a drop in brand value of €2.5bn.