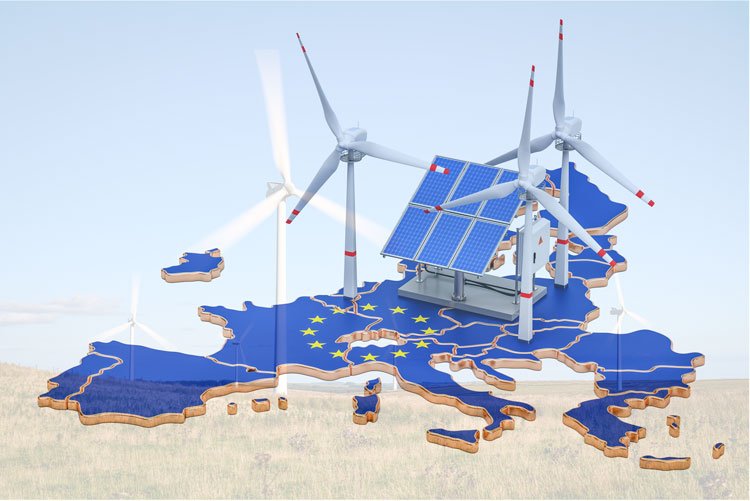 The European Union could move further away from its dependence on Russian oil and gas following ground-breaking proposals unveiled this week.

The proposals would see the establishment of a 45% total renewables energy target by 2030, an increase from the existing proposal of 40%.

“We are working on it full speed to take account, first of all the proposal of going from 40% to 45%, but also in the context of higher energy prices,” Mechthild Woersdoerfer, deputy director-general of the European Commission’s energy department, told a meeting of EU lawmakers.

Russia is the EU’s main gas supplier, and the 40% renewable energy goal for 2030 was originally proposed by the Commission last year.

The revised target would constitute a considerable gear shift for the bloc, given that the EU received 22% of its gross final energy consumption from renewables including wind, solar and biomass in 2020.

The share varies considerably between EU countries, ranging from more than 50% in Sweden to below 10% in Luxembourg.

The new target will depend on EU countries and the European Parliament, which are negotiating it as part of a major package of climate change laws to cut EU emissions faster.

A 45% renewable goal already has support from the EU assembly’s lead negotiator and renewable industry groups such as SolarPower Europe – although major industry players have urged Brussels to do more to unblock years-long permitting delays.

Markus Pieper, Parliament’s lead lawmaker, said the new analysis was needed urgently so it could inform the ongoing negotiations, and urged the Commission not to wait until after the summer.

“Otherwise we’ll be starting again from the beginning,” he said.

Brussels estimates tripling the EU wind and solar capacity by 2030, adding 480GW of wind and 420GW of solar energy, could save 170 bcm of gas demand a year.

The Commission will publish a plan in May to quit Russian fossil fuels by 2027.

Woersdoerfer said this would include a legal proposal to make it easier for renewable energy projects to get permits.

The moves by the EU follow those of Germany, which said last month that it aims to fulfil all its electricity needs with supplies from renewable sources by 2035, compared to its previous target to abandon fossil fuels “well before 2040,” according to reports.

An amendment to the country’s Renewable Energy Sources Act (EEG) is nearly ready which proposes that the country’s share of wind or solar power should reach 80% by 2030.

By then, Germany’s onshore wind energy capacity should double to up to 110 gigawatts (GW), offshore wind energy should reach 30 GW – arithmetically the capacity of 10 nuclear plants – and solar energy would more than triple to 200 GW, the proposal suggest,

The renewables acceleration revelation comes after Chancellor Olaf Scholz said recently that Germany will deliver on plans to build two liquefied natural gas (LNG) terminals and increase its natural gas reserves to cut its dependence on Russian imports after Putin’s invasion of Ukraine.

As economies recover insolvencies set to rise
Scroll to top