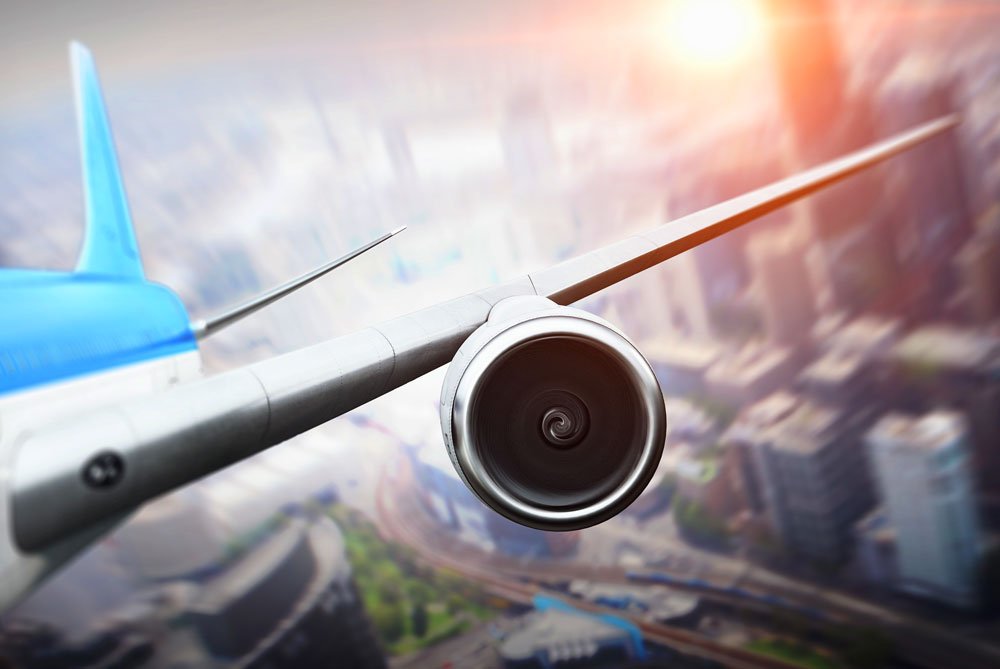 The impact of the COVID-19 pandemic will still be felt by the aviation section until 2050 and beyond, according to one leading figure.

The financial and operational cost of the pandemic will also hinder the efforts of the aviation industry to meet its targets to reduce CO2 emissions and with it meet the targets it has set itself.

Michael Gill, Executive Director of the Air Transport Action Group (ATAG), was speaking to the Insurance Institute of London on the Aviation industry’s efforts to combat climate change which he explained were varied and ongoing.

Prior to the COVID pandemic aviation contributed 1.9% of the world’s manmade CO2 emissions. This compare to 1.7% from the shipping sector and 11.9% by the road transport sector.

Mr Gill explained that the percentage figure equates to 900 million metric tonnes of carbon, giving the industry the footprint of a country the size of Germany.

While he acknowledged the figure was not small he added it needed to be placed into context with the industry’s contribution to the broader economy.

“It is a significant figure but we have taken steps to improve it,” he added.

He said that over the past 30 years CO2 levels per passenger have fallen by 53%, a reduction which outstrips the global economy’s reduction of 35% over the same period.

However, the pandemic has had a major effect on the industry.

“COVID is the biggest shock in aviation history,” explained Mr Gill. “We saw a 94% drop in passenger numbers in April compared to the figure for the same period of 2019, and we expect to carry half the number of passengers in 2020 than we transported in the previous 12 months.”

This equates to a fall of over 2.3 billion passengers.

“The events of 2020 will be felt until 2050,” he said. “In 30 years it is estimated that the aviation industry will still see a 16% reduction on the pre-COVID figure for business.”

The number of aviation jobs is also set to fall to 6.3 million by the end of the year compared to a pre-COVID figure of 11.3 million.

On climate change Mr Gill said the balance needed to be struck between the environmental impact of flight and the impact it has on the economy.

The aviation sector is looking at how it can use enhanced aircraft design to reduce CO2 emissions, such as refined wing tips which can reduce fuel usage by 4%. A number of airports are moving toward a carbon neutral operation, and work is ongoing to reduce flight times and the time aircraft spent on the ground with their engines on.

“Aviation’s long-term climate goal is inline with the Paris agreement,” explained Mr Gill. “It is a significant challenge but it is achievable.”

“When you consider that prior to COVID the figure was 900 million tonnes this is a considerable challenge,” her added.

A key weapon in the industry’s efforts to meet those targets is a move to sustainable aviation fuels (SAF). At present 0.01% of fuel usage of SAF but the aim is to increase the figure to 2% by 2025.

Mr Gill added the biggest problem for an industry which had been beset by the financial impact of COVID was the significant cost difference between convention fuel and SAF.

“The use of SAF can reduce emissions by 80%,” added Mr Gill. “However, it is partly an economic challenge as to how we make these viable to the industry.”

He said at present there was a vicious circle with air operators unwilling to spend the money on the SAF which in turn meant that the manufactures were not willing to produce the fuels in bulk and airlines remained unwilling to commit unless the fuels were produced in bulk.

Mr Gill warned that the various climate initiatives, many of which required investment in new technology came at a high cost and as such it was difficult to see that all would be implemented simultaneously, despite the will to do so.

“There is unlikely to be the ability to pull all the leavers at the same time,” he explained.