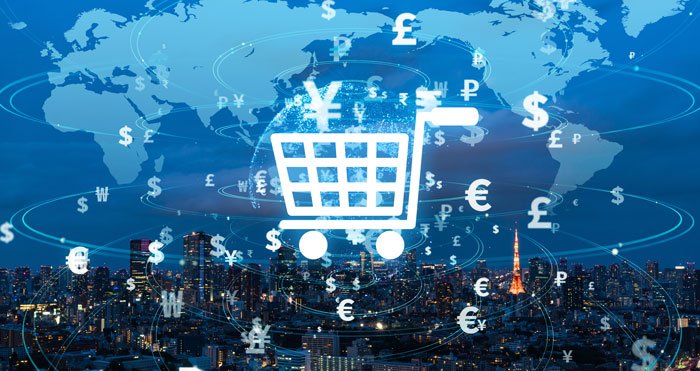 The dramatic rise in e-commerce amid movement restrictions induced by COVID-19 increased online retail sales’ share of total retail sales from 16% to 19% in 2020, according to estimates in a United Nations’ Conference on Trade and Development (UNCTAD) report.

UNCTAD released the report as it hosted a two-day meeting on measuring e-commerce and the digital economy.

According to the report, online retail sales grew markedly in several countries, with the Republic of Korea reporting the highest share at 25.9% in 2020, up from 20.8% the year before.

Meanwhile, global e-commerce sales jumped to $26.7 trillion in 2019, up 4% from 2018, according to the latest available estimates.

The figure includes business-to-business (B2B) and business-to-consumer (B2C) sales and is equivalent to 30% of global gross domestic product (GDP) that year.

“These statistics show the growing importance of online activities. They also point to the need for countries, especially developing ones, to have such information as they rebuild their economies in the wake of the COVID-19 pandemic,” said Shamika Sirimanne, UNCTAD’s director of technology and logistics.

The COVID-19 pandemic has also resulted in mixed fortunes for leading B2C e-commerce companies, according to the UNCTAD report.

Data for the top 13 e-commerce firms, 11 of which are from China and the United States, shows a notable reversal of fortunes for platform companies offering services such as ride-hailing and travel.

All of them experienced sharp declines in gross merchandise value (GMV) and corresponding drops in ranks.

The report estimated the value of global B2B e-commerce in 2019 at $21.8 trillion, representing 82% of all e-commerce, including both sales over online market platforms and electronic data interchange (EDI) transactions.

The United States continued to dominate the overall e-commerce market, ahead of Japan and China (Table 3).

Data for the top 13 e-commerce firms, 11 of which are from China and the United States, shows a notable reversal of fortunes for platform companies offering services such as ride-hailing and travel.