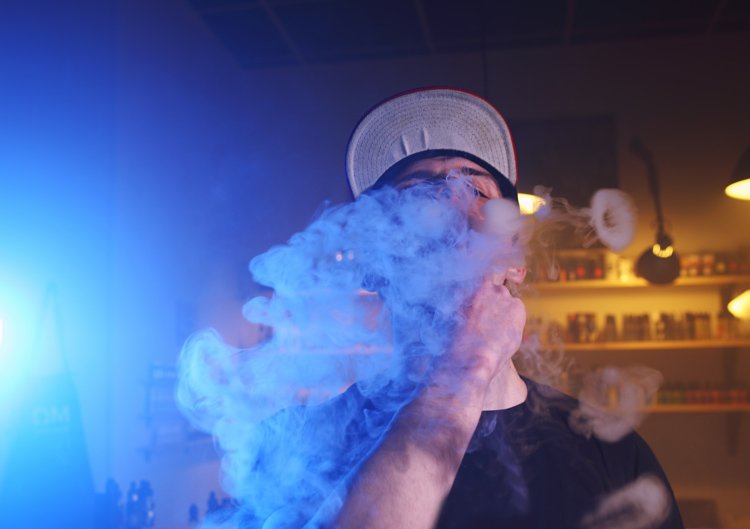 A new report suggests that e-cigarettes containing nicotine can lead to issues with blood clots, heart attacks, and strokes.

Gustaf Lyytinen, a clinician at Helsingborg Hospital and researcher at the Karolinska Institute, found that vaping products that use the same addictive chemical present in cigarettes lead to the formation of blood clots and the inability of blood vessels to properly expand and dilate.

Moreover, the study of casual smokers taking just 30 puffs of an e-cigarette found that a user’s heart rate and blood pressure also shoot upwards after vaping.

The team says these results are similar to the impact of smoking regular, nicotine-filled, tobacco products in the short-term. After long-term use, researchers add smokers of either product are at risk of suffering from heart attacks and strokes.

Lyytinen’s team collected blood samples before and after each e-cigarette experiment. They also put the group through tests designed to measure blood flow and the circulation of blood.

On average, study authors discovered a 23-percent spike in blood clots just 15 minutes after using a nicotine-filled e-cigarette. Those levels returned to normal after about an hour. Researchers also saw increases each volunteer’s heart rates, going from an average of 66 beats per minute to 73 beats per minute. Blood pressure also increased, going from 108 millimetres of mercury/mmHg to an average of 117 mmHg.

“The damage caused by smoking traditional cigarettes, including the effects of nicotine on the body, are well-known. E-cigarettes are relatively new, so we know much less about what they do to the body,” said Jonathan Grigg, chair of the European Respiratory Society Tobacco Control Committee.

“Some people may use e-cigarettes when attempting to quit smoking because they are marketed as being safe, but this study adds to the growing evidence on the harmful effects of e-cigarettes,” he added.

“Other aids to quitting smoking which are evidenced-based and recommended by ERS, such as patches or gum, do not result in the lungs being exposed to high concentrations of potentially toxic compounds.”

Researchers presented their findings at the ERS International Congress.