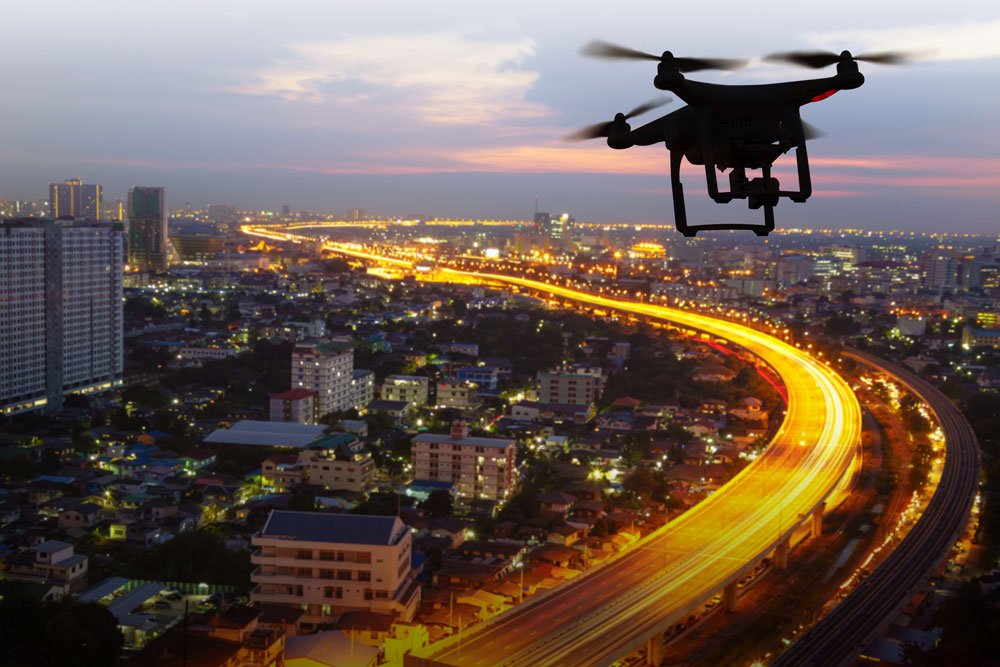 As the UK’s exit from the European Union looms, the country’s ports have been identified as the key  industry sector set to reap huge benefits from the use of drones.

A new study says as development of drone technology accelerates, it can enhance the economic impact of an industry sector that already contributes £7.6 billion a year to the UK economy.

The Drone Delivery Group has said drone technology presents a vital tool with the potential to enable UK ports to improve their global competitive advantage through a combination of improved safety, efficiency and cost effectiveness.

Robert Garbett, Founder of Drone Major Group Ltd and Chairman of the Drone Delivery Group said: “At no other time in history has there been a better time to enable the integration of port traffic with inland and air transportation. Autonomous systems across all environments (surface, underwater, ground and air) have a huge role to play at ports in post-pandemic/Brexit Britain.

“Introducing drones at UK ports in a safe, scalable ‘test and development area’ model can bring significant benefits in terms of safety and efficiency of port operations and profitability. Those UK ports that lead the way in the adoption of drone technology through the creation of test and development areas have the potential to become world-leaders and an essential asset to post-Brexit Britain.”

Once host to some of the largest and busiest ports in the world, the UK ports industry remains hugely significant to the economy, handling 95% of UK international trade by volume amounting to over 500m tonnes of freight a year. The industry directly employs 101,000 people, contributes £1.5 billion a year in taxes and boasts labour productivity at 46% above the national average.  Ports face both a challenge and an opportunity to carve out their future role in supporting the UK economy in a post-Brexit world, with the vital importance of the country’s global trading capacity and infrastructure brought into sharp relief by the rapidly approaching end of the Brexit transition period.

This summer saw the launch of a landmark White Paper by the Drone Delivery Group, the UK drone industry initiative, which brings together the first independent collaborative grouping of companies and organisations (over 300) involved in all aspects of the drone industry.

The White Paper, ‘The commercialisation of the UK air drone industry’ calls for the development of new testing grounds to deliver public safety, advance the industry, support the ambition of UK Plc to become a global leader in drone technology and to provide a solution to the sector’s biggest challenge in making commercial drone flights an exciting reality in UK skies.  One of the key testing ground projects currently being developed seeks to explore the potential impact of drone use on port operations and the role of drones in coastal waters, including through widening and enhancing access to the port by goods traffic, by inland waterways where possible, as well as air, land and sea.

James Fanshawe CBE, Director of Maritime Strategy at Drone Major Group, added: “Using drones within UK Ports and their associated waterways, will make a real difference to the whole business of providing a truly integrated logistics chain. Drone technologies will have a massive impact on meeting the United Nations Sustainability Development goals, notably for all forms of emission and noise. Above all else, drone technologies will significantly enhance safety and security in and around ports.”

The White Paper, developed over two years, followed by a thorough public consultation process, addresses the vital need for a safe infrastructure where drones can operate safely in airspace, maritime and ground environments potentially shared by other unmanned vehicles. This includes testing sites for drones considered essential in enabling the commercial value of the industry to be realised.  It states that ‘a national approach is urgently needed’ in order to ensure this ‘vital foundation for the drone industry’ is established quickly.

E-scooters safer off the road research finds
Scroll to top