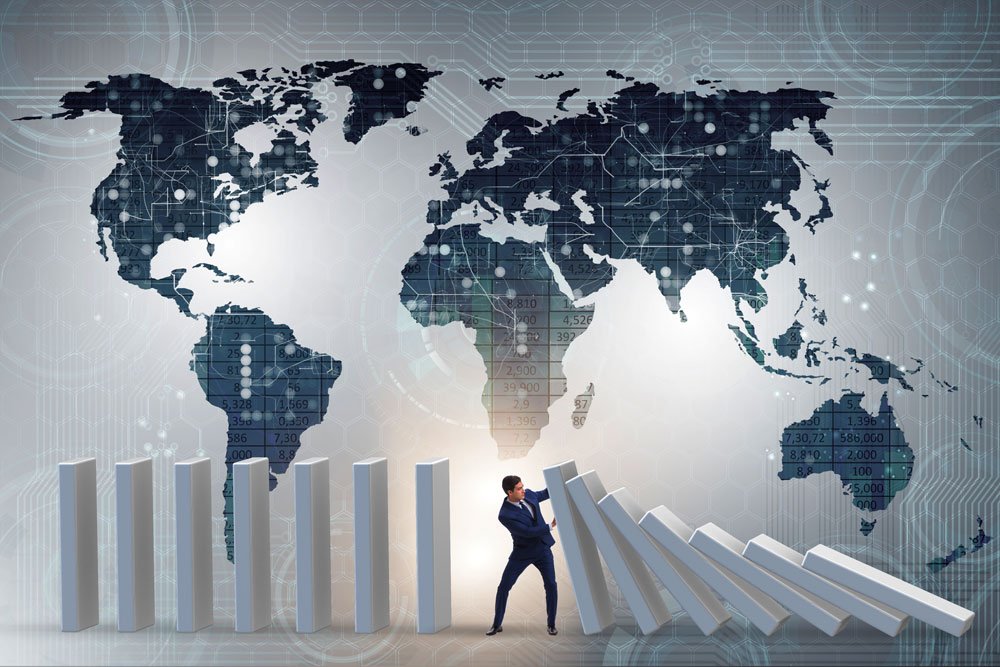 A swathe of emerging risks have severely impacted the ability of the world’s economy to recovery according to the International Monetary Fund (IMF).

The IMF released its World Economic Outlook (WEO)  which warned the tentative recovery in 2021 has been followed by increasingly gloomy developments in 2022 as risks began to materialize.

The outlook said action needed to be taken on a number of fronts adding that efforts to solve the global energy crisis by increasing the use of fossil fuels had to be temporary given the potential economic impact of a failure to hit net zero targets.

“Several shocks have hit a world economy already weakened by the pandemic: higher-than-expected inflation worldwide, especially in the United States and major European economies, triggering tighter financial conditions; a worse-than-anticipated slowdown in China, reflecting COVID-19 outbreaks and lockdowns; and further negative spillovers from the war in Ukraine.” It stated.

As such the IMF said the baseline forecast is for growth to slow from 6.1 percent last year to 3.2 percent in 2022, 0.4 percentage point lower than in the April 2022 World Economic Outlook.

“Lower growth earlier this year, reduced household purchasing power, and tighter monetary policy drove a downward revision of 1.4 percentage points in the United States,” it added. “In China, further lockdowns and the deepening real estate crisis have led growth to be revised down by 1.1 percentage points, with major global spillovers. And in Europe, significant downgrades reflect spillovers from the war in Ukraine and tighter monetary policy.

“Global inflation has been revised up due to food and energy prices as well as lingering supply-demand imbalances, and it is anticipated to reach 6.6 percent in advanced economies and 9.5 percent in emerging market and developing economies this year—upward revisions of 0.9 and 0.8 percentage point, respectively. In 2023, disinflationary monetary policy is expected to bite, with global output growing by just 2.9 percent.”

“The outlook has darkened significantly since April,” said Pierre-Olivier Gourinchas director of research at the IMF. “The world may soon be teetering on the edge of a global recession, only two years after the last one. Multilateral cooperation will be key in many areas, from climate transition and pandemic preparedness to food security and debt distress. Amid great challenge and strife, strengthening cooperation remains the best way to improve economic prospects and mitigate the risk of geoeconomic fragmentation.”

The report said the risks to the outlook are overwhelmingly tilted to the downside.

“The war in Ukraine could lead to a sudden stop of European gas imports from Russia; inflation could be harder to bring down than anticipated either if labour markets are tighter than expected or inflation expectations unanchor; tighter global financial conditions could induce debt distress in emerging market and developing economies; renewed COVID-19 outbreaks and lockdowns as well as a further escalation of the property sector crisis might further suppress Chinese growth; and geopolitical fragmentation could impede global trade and cooperation.

“A plausible alternative scenario in which risks materialize, inflation rises further, and global growth declines to about 2.6 percent and 2.0 percent in 2022 and 2023, respectively, would put growth in the bottom 10 percent of outcomes since 1970.”

The outlook said with increasing prices continuing to squeeze living standards worldwide, taming inflation should be the first priority for policymakers.

On the move to a low-carbon economy the IMF was clear that promises made in recent years and targets set could not be scrapped for short term energy solutions.

“Mitigating climate change continues to require urgent multilateral action,” it said. “Yet the war in Ukraine and soaring energy prices have put pressure on governments to turn to fossil fuels such as coal as a stopgap measure.

“Policymakers and regulators should make sure that any such measures are temporary and cover only energy shortfalls, and do not increase emissions overall, and facilitate investment in renewables that will reduce emissions.”

The IMF added: “Credible and comprehensive climate policies to increase green energy supply should be accelerated urgently. The energy crisis also illustrates how a policy of clean, green energy independence can be compatible with countries’ national security objectives.

“Fiscal policy should smooth the transition for households and firms that bear the brunt of the transition costs. The recently introduced IMF Resilience and Sustainability Trust can also help countries build resilience to longer-term structural challenges, including climate change and pandemic preparedness.”

The IMF said the baseline forecast is for growth to slow from 6.1 percent last year to 3.2 percent in 2022, 0.4 percentage point lower than in the April 2022 World Economic Outlook.