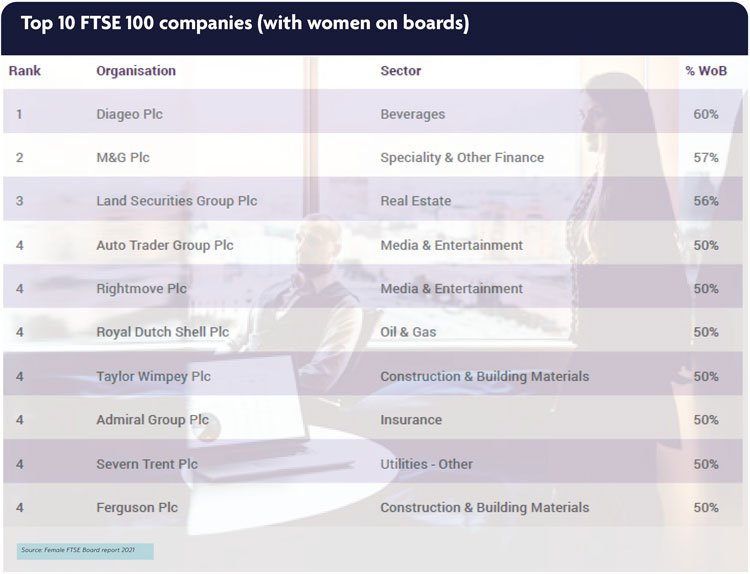 UK motor specialist Admiral Group is the only UK insurance company in the FTSE 100 to make it into the top ten for female board representation.

The finding is revealed in research by Cranfield School of Management ­– in conjunction with EY ­– which shows that the UK’s leading businesses, despite making further progress on gender targets, still have too few women in senior leadership positions.

The research also found that the proportion of women on  FTSE 100 boards is at an all-time high, but concluded there are still not enough female chairs, CEOS or CFOs.

Admiral Group made it into eight place, with a 50/50% gender split at board level.

Leading the table is beverages manufacturer Diageo, which has 60% female representation at board level.

Bottom of the table is online food retailer Ocado Group, with just 17% of its board female.

At the highest level the picture is significantly worse, however.

Just eight of the CEOs in the top 100 UK companies were women, with just two from the insurance market: Milena Mondini at Admiral Group and Amanda Blanc at Aviva.

Nevertheless, this was the highest figure for the female FTSE board report since it was first published in 1999.

The report, sponsored by EY and covering the 12 months up to 20 July, found the wider group of FTSE 350 companies had exceeded the voluntary target of 33% women on all boards set be the Hampton-Alexander review.

In February 2016, the UK government appointed Sir Philip Hampton and the late Dame Helen Alexander to chair an independent review to  ensure that talented women at the top of business are recognised, promoted and rewarded.

The review focused on increased female representation on FTSE boards and women in senior executive positions. It continues the work of Lord Davies in the Women on boards reports.

Just over a fifth (21%) of FTSE 100 boards and 32% of FTSE 250 boards had yet to reach the Hampton-Alexander target of 33% women on their boards. “This highlights the drawback to voluntary targets and prompts whether it is time to make these targets mandatory,” the report said.

Cranfield University’s Female FTSE Board Report can be accessed here. 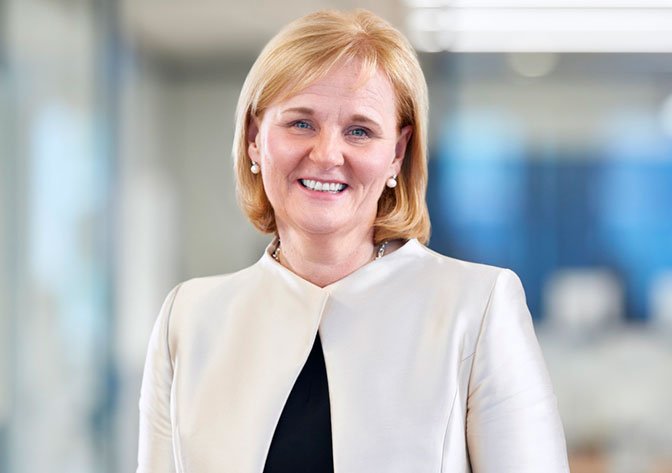 Just eight of the CEOs in the top 100 UK companies were women, with just two from the insurance market: Milena Mondini at Admiral Group and Amanda Blanc (above) at Aviva.