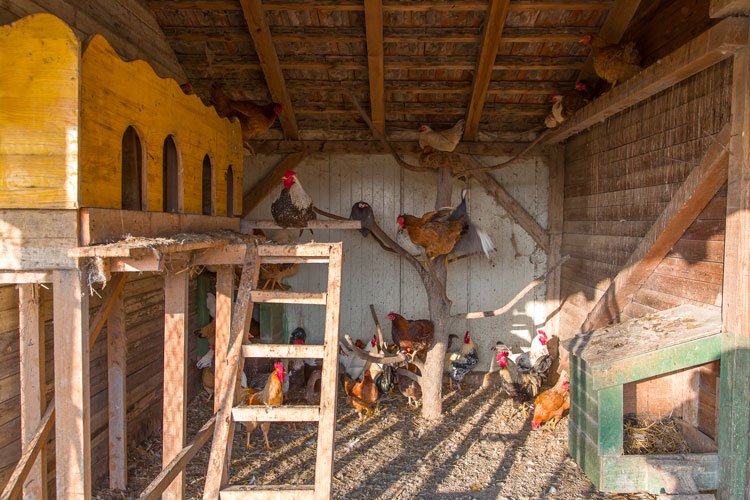 The Czech State Veterinary Administration will force the country’s poultry farms to keep flocks indoors, with some exceptions, in order to cut the risk of bird flu outbreaks.

The nationwide measures come after detection of a growing number of cases of the H5N1 strain of bird flu in the Czech Republic and elsewhere in Europe.

The restrictions will limit movement of those working on poultry farms and force farms to move flocks into buildings, except for birds such as pigeons or ostriches.

“The aim of the measures is to minimise the risk of introducing infections,” the veterinary office said.

The Czech Republic has detected five outbreaks on poultry farms since the end of September and further cases in several wild birds.

The country’s Agriculture Ministry said the measures mean that consumers do not need to worry about buying poultry and eggs.

Bird flu outbreaks are caused by avian influenza viruses, most of which cause mild infection in birds, but two sub-types (called H5 and H7) can occur as a very deadly virus.

Flu viruses have a high mutation rate and can exchange genes when two viruses simultaneously infect a single host. These genetic changes allow them to change their make-up and escape immunity in their host and continue spreading.

Looking more widely, several outbreaks in Europe and Asia have been reported in recent weeks to the World Organisation for Animal Health (OIE), in a sign the virus is spreading quickly again.

Indeed, the spread of highly pathogenic avian influenza, commonly called bird flu, has put the poultry industry on alert after previous outbreaks led to the culling of tens of millions of birds. Outbreaks also often lead to trade restrictions.

It is attracting the attention too of epidemiologists as the virus can be transmitted to humans. China has reported some 21 human infections with the H5N6 subtype of avian influenza so far this year, more than in the whole of 2020.

South Korea recently reported an outbreak at a farm of around 770,000 poultry in Chungcheongbuk-do, the OIE said on Monday, citing a report from the South Korean authorities. All animals were slaughtered.

Also in Asia, Japan reported its first outbreak of the 2021 winter season, at a poultry farm in the northeast of the country, the OIE said, confirming a statement by Japan’s agriculture ministry. The serotype in this outbreak was H5N8.