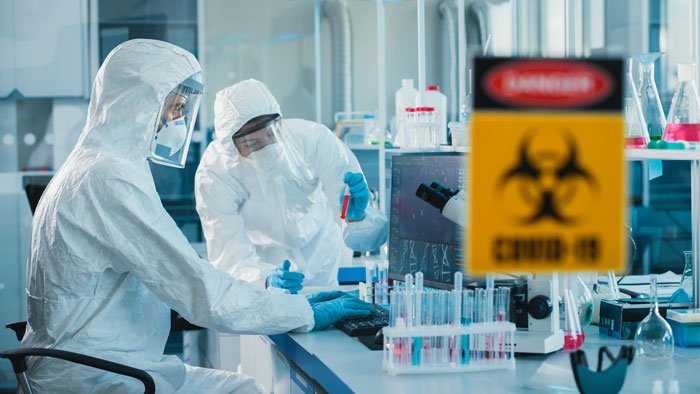 As the debate over the efficacy of the COVID vaccines continues new research warns that the virus is using the hosts own genes in an effort to evade triggering the immune system.

Scientists from the IIS (Italian Healthcare Institute), ISPRA (Institute for Environmental Protection and Research), IZSLER (Italian health authority and research organization for animal health and food safety of Lombardy and Emilia-Romagna) and the University of Bologna said they have found evidence that some coronaviruses can add to their genetic pool some genes belonging to the host they infected.

By doing so they can blend in and be less detectable to the immune system. Researchers said the outcome of this study demonstrates that coronaviruses encompass a sophisticated evolutionary mechanism and therefore puts increasing emphasis on the importance of studying wildlife diseases.

“Research in this field is fundamental to understand the functioning of illnesses that can spread from animals to humans so that we can efficiently manage ecosystems and provide a balance between the species inhabiting them”, says Mauro Delogu, a Researcher at the University of Bologna and one of the authors of this study.

Researchers discovered this while analysing coronaviruses found in specimens of European hedgehogs (Erinaceus europaeus). They classified this strain as EriCoV. These viruses belong to the same strain of Beta-CoV responsible for COVID-19 as well as MERS. However, there is no evidence that they can spread to humans.

These hedgehog coronaviruses are able to steal a gene (CD200) that belongs to the host. When combined with its receptor, this gene allows to prevent an excessive inflammatory response. By incorporating this gene, the virus can hinder the immune defence of the host.

“Events like this have never been observed before in coronaviruses,” it added. “With this evolutionary strategy, coronaviruses can influence the duration of the infection and therefore prolong the time necessary to eliminate the virus, eventually leading to chronic infections. These process goes to the advantage of the virus, as it multiplies its ability to propagate and spread thanks to a specific evolutionary strategy.”

“These results pave the way for further investigations into the ability of coronaviruses of interfering with the inhibitory signals of immune cells”, continues Mr Delogu. “In this way, coronaviruses can disguise themselves so that it is harder for the immune system of the host to detect, recognize and destroy them.”