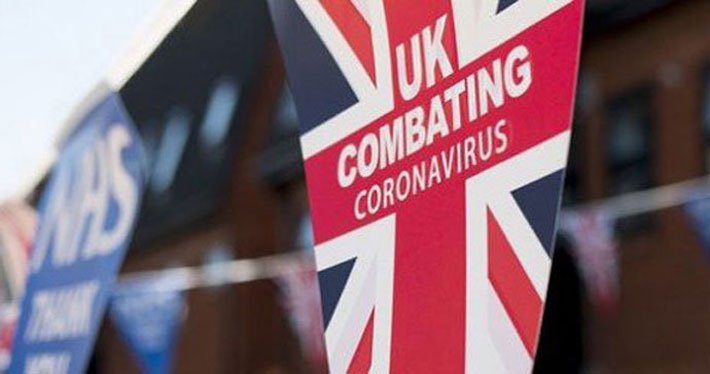 As the UK Government eased the country’s COVID restrictions, leading scientists have warned it is still too early to return to pre-pandemic rules.

The Prime Minster announced his plans for ‘living with COVID’ in a Downing Street press briefing, however, medical experts believe that the removal of restrictions is dangerously premature.

Dr Simon Clarke, associate professor in Cellular Microbiology, University of Reading, said: “The government’s move towards abandoning compulsory isolation might be politically brave, but it could end up exposing a lack of defences against even this wave, let alone any new more dangerous variants.  As NERVTAG recently pointed out, it is a ‘common misconception’ that the virus will definitely become less lethal over time, nobody knows what the COVID-19 weather has in store for us.

“This is not a move motivated by data, despite what ministers will doubtless say; they have never outlined what the national COVID-19 picture would need to look like for this to happen.  Instead, they will expect people to swallow assurances that this is what the government were waiting for all along.

“Comment and insight from the Chief Medical Officer or Chief Scientific Advisor are notable by their absence.  It seems to be a government pantomime geared towards persuading people that it’s all over and I expect that in the coming days it will be linked to helping the NHS get back on its feet.  However, allowing infections to run riot in the community and be transferred into hospitals, which they will probably end up being unfairly blamed for again, will just cause more problems in vulnerable patients.”

He added: “The Queen’s situation also reminds us of what is at stake as the rules on isolation and other restrictions set to change in the UK next week.  While reports from the Palace that her symptoms are mild are encouraging, we must remember that at 95, the Queen is in the age group that is most vulnerable to serious disease and hospitalisation.

“Assuming the Queen has been infected with Omicron, the current dominant strain in the UK, we should remember that while omicron seems to cause fewer people to be seriously ill than previous variants, it can and does still kill people. We know that having had three jabs makes anyone much less likely to be seriously ill or die when infected with COVID.  It could be that the difference between the reigning monarch in the United Kingdom being a Queen or a King this week are three regular doses of Covid-19 vaccine.”

“If the legal requirement for self-isolation is removed and if the testing regime is to be dismantled, in the face of high levels of infection, this would inevitably increase the spread of the virus,” added Prof Lawrence Young, professor of Molecular Oncology, University of Warwick.  “Learning to live with COVID doesn’t mean ignoring the virus and hoping it will go away.  We need to learn to live safely with covid and that means retaining basic surveillance as well as case isolation.

“With 1 in 20 people in England infected with the virus and around a third of the population not having had a booster vaccine dose, now is not the time be abandoning measures that will keep us all safe.  As long as the virus continues to spread and replicate, particularly in populations who are under-vaccinated, it will throw up new variants and these will remain a continual threat even to those countries with high rates of vaccination.  It would be wrong to assume that any new variant will be less infectious and less dangerous particularly as vaccine-induced immunity wanes and may not be as protective against these new variants.”

“The UK government response has overall been typified by a ‘too little, too late’ or ‘too much, too soon’ agenda,” according to Dr Michael Head, Senior Research Fellow in Global Health, University of Southampton. “For example, too late to put interventions in place, or too soon with lifting those restrictions, when just a few weeks more would be eminently more sensible.  Here, we have the latest in a long line of reckless policies.

“As reported by the government dashboard, there are still hundreds of COVID-19 deaths a week, with tens of thousands of new cases every day, and over 1000 people being admitted with COVID -19 to hospital every day.  There appears to be little to no consideration of vulnerable populations, who either cannot be vaccinated or generate a reduced immune response to the COVID-19 vaccines.  There are still millions of people who need their booster dose.  Children aged 5-11 years, who have rather been the punchbag population throughout the pandemic, also need to be vaccinated, to protect them as individuals and those around them.”

“Keeping some measures in place, including for example the requirement to wear masks in indoor spaces and requirements to self-isolate, for a few more weeks would be helpful.  Breaking chains of transmission means there would be fewer people unwell and in hospital, healthcare resources would be freer to address their extensive backlogs, and more people would have received their booster doses thus ensuring they are better protected.”