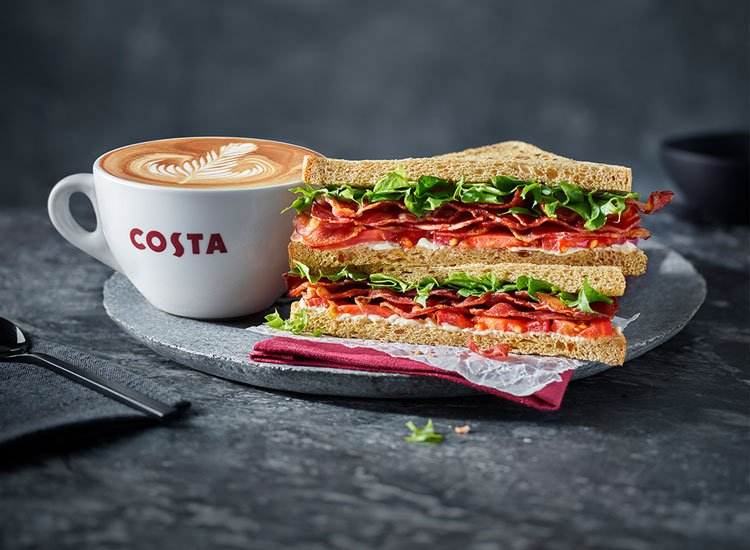 Costa Coffee has said it will commit to become Net Zero by 2040 and has set a science-based target to halve emissions per serving of coffee by 2030.

Its global brand & sustainability director, Deb Caldow, said the plan was ambitious and would require every member of the company to be part of the effort.

“We are proud of the progress we’ve made over the years at Costa Coffee across all elements of Sustainability,” she added. “Committing to a Science Based Targets initiative (SBTi) approved target helps us set a pathway to achieving significant carbon reduction; it is the right and necessary next step.

“We know that reducing our emissions by half per coffee serving and ultimately reaching Net Zero is going to take a lot of collective effort from all of us at Costa Coffee – from our team members and partners to our suppliers and consumers. But we are energised and prepared to work together to make a difference, as we continue to aspire to become the world’s most loved coffee brand and uplift the lives of coffee fans around the world”

The coffee chain has said the 2030 target has been approved by the Science Based Targets initiative (SBTi), the internationally-recognised partnership between CDP, the United Nations Global Compact, World Resources Institute and the World Wide Fund for Nature.

“In setting its target, Costa Coffee has evaluated its entire value chain, from coffee farms through to its unique takeaway waffle cups,” it said in a statement. “It found that 5% of total emissions are produced through Costa Coffee-owned operations (scope 1+2 emissions), while the remaining 95% of emissions are created when products are grown, produced, transported, prepared and consumed through suppliers and partners (scope 3).”

To tackle the emissions that sit within Costa Coffee’s direct control, the company said it has begun to create a transition roadmap to help it achieve its goals.

“The roadmap builds on the work that Costa has been doing for many years, including at our UK company-owned stores which have used 100% renewable electricity since 2017,” it added. “Moreover, since the start of 2022, our UK roastery is powered by 100% renewable gas. The company is also now working with Climate Partner to source high-quality credible carbon offsets for those emissions which are currently unavoidable and continues to develop and implement plans to increase energy efficiency and expand the use of renewables.”

Costa Coffee added it will work closely with its suppliers, partners, and NGOs such as Rainforest Alliance, to reduce the 95% of emissions that sit outside of the company’s direct control.

“As one of the country’s most recognisable brands and as a leader on the UK High Street, Costa Coffee recognises the need for bold and purposeful steps to ensure ambitious targets can be met,” it added. “In addition to its investment in renewable electricity across company-owned stores in the UK and renewable gas at the UK roastery, Costa Coffee has joined The Courtauld Commitment 2030 – a voluntary agreement to drive collaborative action across the entire UK food chain on reducing food waste, greenhouse gas emissions and water stress.

“In joining, Costa has further accelerated its work on food waste, which has been part of its environmental strategy for many years through its partnerships with organisations such as FareShare and Too Good To Go. Our work with Too Good To Go, for example, has saved over 600,000 ‘magic bags’ of food going to waste since 2018.”

Alberto Carrillo Pineda, Managing Director of Science Based Targets at CDP, says: “We congratulate Costa Coffee on setting science-based targets consistent with limiting warming to 1.5°C, the most ambitious goal of the Paris Agreement. By setting ambitious targets grounded in climate science, Costa Coffee is taking action to prevent the most damaging effects of climate change.”