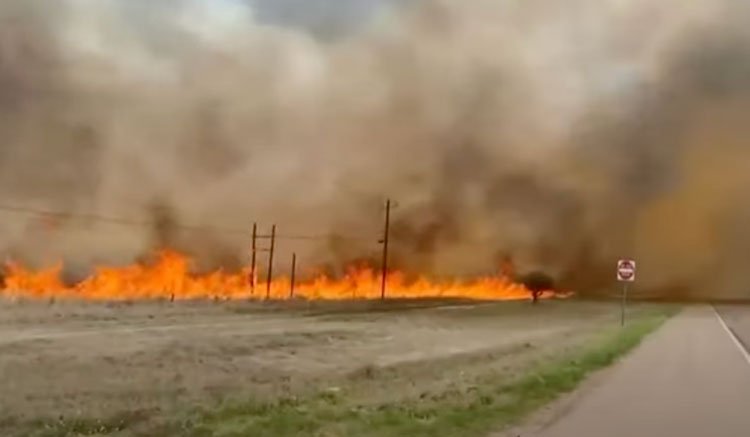 Strong winds were expected to return over the weekend, raising the wildfire threat level to critical in parts of western and central Texas, according to Texas A&M Forest Services (TFS).

The warning came as a massive complex of wildfires burned at least 50 homes in the Lone Star state, officials said.

Firefighters have been tackling the Eastland Complex Fire, which has burned through 45,000 acres and was only around 15 percent contained as of Saturday (19 March), according to TFS.

The fire started on Thursday and has quickly spread because of the dry conditions and wind gusts of more than 40 mph in large parts of the state.

“Progress has been made but fire activity has picked up with rising temperatures and lower humidity,” said a spokesperson for TFS. He said about 25% of the flames were contained, up from about 4% late on Friday as the fire burned thick brush and grass fields.

“We are predicting weather severity to increase,” Ford said. “Fire activity may increase based on weather conditions.”

The National Weather Service forecast for the area suggested high temperatures in the low 80sF on Sunday with winds of 15-20mph and gusts up to 30mph.

Texas Governor Greg Abbott said late on Friday at least 50 homes had been destroyed with more possibly to be found. He declared a disaster in the 11 counties hardest hit. Texas A&M Forest Services warned that fires could also affect parts of Oklahoma and Kansas and Nebraska and warned of an extreme fire risk in those states.

The fact that this series of devastating wildfires is happening so early in the year is another indication of climate change, according to some observers.