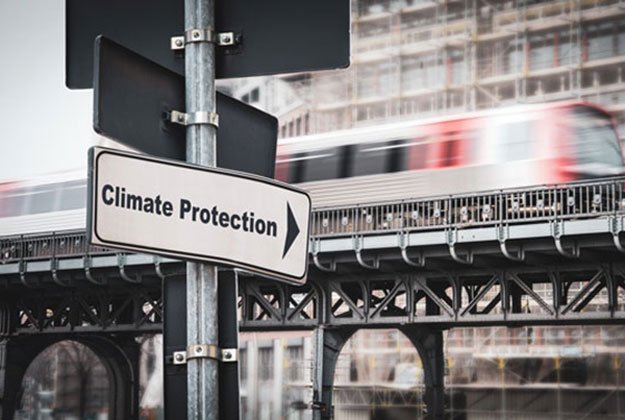 Charity Oxfam has said the world’s major nations and corporations needs to stop hiding behind the term Net Zero if the world is to have any chance of meeting its targets within the Paris Agreement.

It has issued a new report “Tightening the Net” on the drive towards limiting global warming by 2050.

The report said says that too many governments and corporations are hiding behind unreliable, unproven and unrealistic ’carbon removal’ schemes in order to claim their 2050 climate change plans will be ‘net zero’. Their sudden rush of ‘net zero’ promises are relying too much on vast swathes of land to plant trees in order to remove greenhouse gases from the atmosphere. At the same time, they are failing to cut emissions quickly or deeply enough to avert catastrophic climate breakdown.

“While in theory achieving net zero emissions is a worthy North Star and limiting warming to below 1.5°C will require a combination of emission reductions and removals, it is striking how much that one small word ‘net’ can obscure,” said the report. “Net zero emission’ and zero emissions do not mean the same thing. Instead, in many cases, net zero targets are a greenwashing exercise that enable business as usual.

“Net zero targets have proliferated because they give government and corporate leaders what they are desperate for: a convenient way to look like they are taking dramatic action to stop climate catastrophe while largely failing to do so. What is needed is an immediate, dramatic and irreversible reduction in the billions of tonnes of carbon these countries and corporations are pumping into the atmosphere on a daily basis.”

It added: “To meet the Paris targets, the world collectively should be on track to have cut carbon emissions by almost half by 2030, with the sharpest cuts being made by the biggest emitters. On current plans, we are on track to only have reduced emissions by 1% compared to 2010 levels.”

Danny Sriskandarajah, Chief Executive of Oxfam GB, said: “Too many companies and governments are hiding behind the smokescreen of ‘net zero’ to continue dirty business-as-usual activities.

“A prime example of the doublethink we are seeing is the oil and gas sector trying to justify its ongoing extraction of fossil fuels by promising unrealistic carbon removal schemes that require ludicrous amounts of land.

“Net zero targets are vital to tackling climate change.  Some governments and companies are taking bold action to cut carbon emissions but there are currently too few to give us a realistic chance of averting climate catastrophe and the widespread hunger and devastation that come with it.

“The UK Government needs to be a credible broker for a deal that can stop the planet overheating when it hosts the COP26 climate talks in November – so it is imperative that it stops licensing new oil and gas in the North Sea, including a possible new oilfield near the Shetland Islands.”

With COP26 months away Oxfam said that both governments and businesses needed to be held to account for their actions.

“If we are to save our planet, and prevent millions of lives being lost, it is critical that governments and corporations are not permitted to get away with vague net zero targets,” added Oxfam. “They must be asked continuously and relentlessly what their plans are to concretely cut their own carbon emissions. What they are going to do now, and in the next year? What deep and profound cuts in their carbon emissions will we see by 2025 and by 2030? How and when will they shift away from fossil fuels?”

The report warned the climate crisis is already devastating agriculture globally. It is driving worsening humanitarian crises, hunger and migration. People living in poverty, particularly women farmers and Indigenous people, are being affected first and worst. It is undermining efforts to tackle poverty around the world.

Oxfam recently reported that global food prices have risen by 40 per cent in the past year which has contributed to 20 million more people falling into catastrophic conditions of hunger and a six-fold increase in famine-like conditions. If used at scale, land-based carbon removal methods such as mass tree planting could see global food prices surging by 80 per cent by 2050.

Oxfam added one-fifth of the world’s 2,000 largest publicly-listed corporations now have ‘net-zero’ goals that are dependent upon land-based carbon sinks.
“The ‘net-zero’ climate promises of four of the world’s largest oil and gas corporations ― BP, Eni, Shell and Total Energies ― could require them foresting an area of land more than twice the size of the UK to achieve net zero by 2050,” said the charity. “If the entire energy sector ―whose emissions continue to soar― were to set similar ‘net-zero’ targets, it would require an area of land nearly the size of the Amazon rainforest, equivalent to a third of all farmland worldwide.”

Sriskandarajah said: “Land is a finite and precious resource that millions of small-scale farmers and Indigenous people depend upon to feed their families. Nature and land-based carbon removal schemes are an important part of the mix to lower emissions but more caution is needed to ensure good stewardship that doesn’t threaten food security.”

The report warned the climate crisis is already devastating agriculture globally. It is driving worsening humanitarian crises, hunger and migration. People living in poverty, particularly women farmers and Indigenous people, are being affected first and worst. It is undermining efforts to tackle poverty around the world.