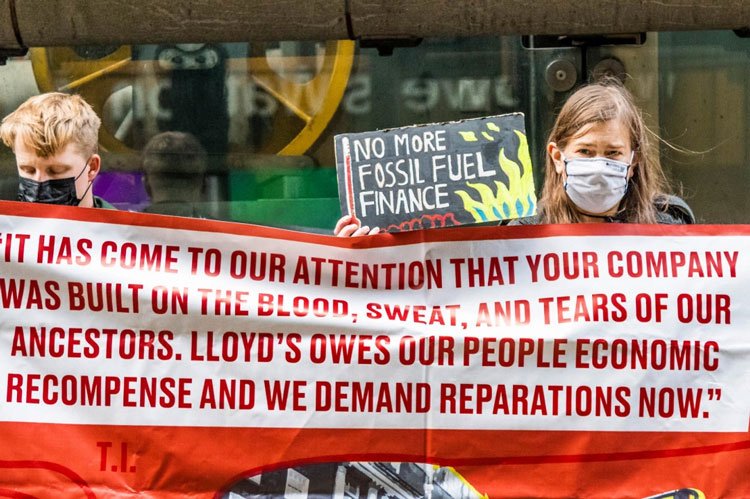 Arch has become the eighteenth underwriter to announce it will no longer participate in the coverage of a controversial oil pipeline.

Amid pressure from activists to break ties with the tar sands pipeline expansion, in an email to Coal Action Network, a spokesperson for Arch stated: “We can confirm that Arch Capital Group Ltd, on behalf of its underwriting operations, will not issue any future insurance policies covering the Trans Mountain Pipeline.”

Andrew Taylor, Coal Action Network said “By refusing to rule out Trans Mountain across its marketplace, Lloyd’s of London is failing its members and the millions of people whose lives are being destroyed by climate change. With Arch and Aspen cutting ties, Beazley and CNA Hardy are the prime targets for public pressure. This could all be avoided if Lloyd’s ended insurance for fossil fuels across its marketplace. It’s 2022. We shouldn’t have to protest on the doorsteps of insurers to avoid climate breakdown. With their understanding of risk, the industry should have taken action decades ago.”

Lloyd’s of London has increasingly been the target of protests in the UK for its connection to the pipeline in the lead up to Lloyd’s of London actual Annual General Meeting on May 19. This has included 60 people from Extinction Rebellion blocking the entrances at their iconic headquarters last month and a climate memorial led by Pacific Islanders and youth strikers from climate change-affected communities.

To date, more than seventeen insurance companies have adopted tar sands exclusion policies, which is having a tangible impact on the price and availability of insurance for the sector.

Mary Lovell, from the Rainforest Action Network said “The Trans Mountain pipeline network is facing serious risks that financial institutions do not want to support lack of consent from Indigenous communities, mounting costs, and massive climate, and oil transport impacts. We call on Beazley, CNA Hardy and all other Lloyd’s syndicates to follow suit and drop Trans Mountain, as well as rule out insurance coverage for tar sands sector expansion.”

“Amid pressure from activists to break ties with the tar sands pipeline expansion, in an email to Coal Action Network, a spokesperson for Arch stated: “We can confirm that Arch Capital Group Ltd, on behalf of its underwriting operations, will not issue any future insurance policies covering the Trans Mountain Pipeline.”