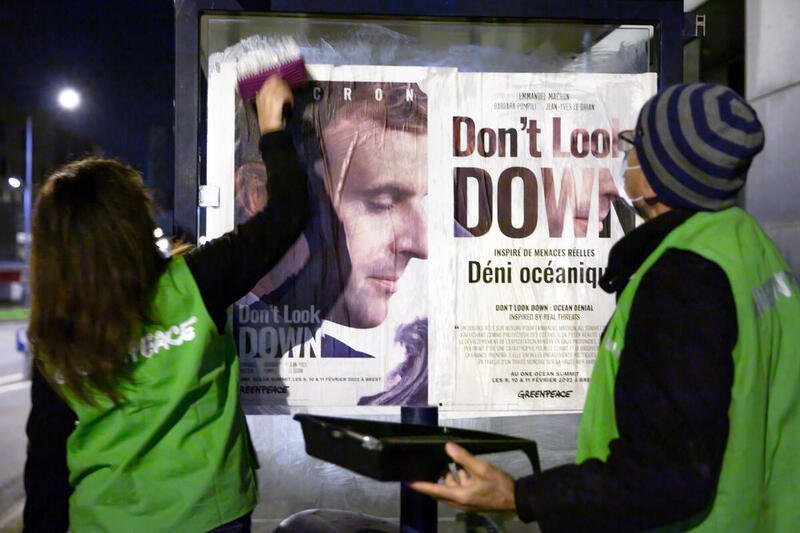 Campaigners have warned that historic negotiations towards a global ocean treaty could face unprecedented restrictions on civil society participation amid fears that NGOs will be excluded from having their say.

The talks, due to take place in New York next month are the culmination of years of campaigning and negotiations. If agreed, a Global Ocean Treaty would be a crucial step towards covering international waters in a network of ocean sanctuaries – areas off-limits to destructive human activities like industrial fishing and the emerging threat of deep sea mining.

It comes as French President Emmanuel Macron hosts a high-level ocean summit in Brest, France, to galvanise ambition ahead of the treaty negotiations. However, Macron himself has been accused of “double-speak” by environmental activists after publicly backing deep sea mining.

While the final agreement on civil society participation at the Global Ocean Treaty negotiations are still to be fully announced, initial United Nations’ communications have suggested that NGOs could be sidelined: though it is unclear for now whether that could mean either being prevented from accessing the conference or facing significant limitations on their presence.

“You simply can’t close the doors on civil society as you discuss the fate of half our planet,” said Veronica Frank, political strategist at Greenpeace International. “Millions of people globally want action to tackle the ocean crisis. Over 100 governments are backing ocean protection. Of course everyone wants a safe and secure conference to take place, but COVID-19 rules can’t be used to sideline civil society. These negotiations are too important to be out of sight: we need to be in the room as crucial decisions are made. And it goes without saying that the precedent this would set for other major environmental conferences like climate and nature summits is unthinkable.”

Meanwhile in Brest, activists from Greenpeace descended on President Macron’s One Ocean Summit with a giant Macron puppet, as ‘Don’t Look Down’ spoof movie posters appeared around the town to highlight the French President’s refusal to commit to concrete action to protect the oceans. Despite Macron announcing the creation of protected areas in French national waters, campaigners criticised these “paper parks” as a distraction and drew attention to his active support to the development of deep sea mining, an emerging threat that could cause irreparable harm to the oceans.

“This isn’t a meteor heading towards our planet, it’s a crisis happening below sea level and we can’t afford to look away,” said Francois Chartier, senior oceans campaigner at Greenpeace France. “By hosting the One Ocean Summit and launching a high-ambition coalition for international waters, France is signalling its political leadership on ocean protection. But words aren’t enough. Emmanuel Macron and other world leaders need to show real ambition to protect the oceans ahead of crucial negotiations at the UN towards a Global Ocean Treaty next month.

“From climate breakdown to industrial fishing: our oceans are in crisis and time is running out. If governments are serious about ocean protection, there’s no more time for double-speak. They need to agree to send key ministers to the ocean treaty negotiations at the UN – with a plan to make history and protect the oceans.”