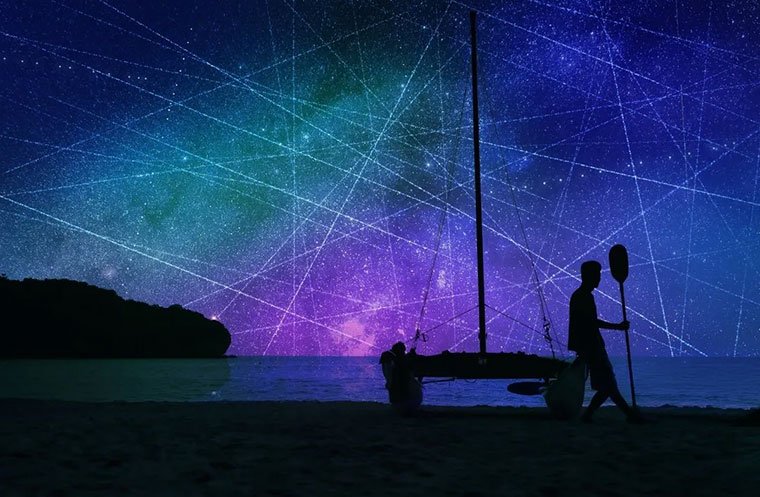 The boom in the use of satellites has created a need for space to become a protected area similar to land, sea and the earth’s atmosphere.

Researchers from the University of Edinburgh said regulation was needed to protect the fragile environment, of space.

The team have produced a research paper which found an influx of space debris in orbital space, around 100 kilometres above the earth’s surface, caused by the rapid growth of so-called satellite mega-constellations is endangering this precious ecosystem.

“The installation of these huge clusters of hardware, some with up to tens of thousands of satellites delivering broadband to Earth, are congesting space and rocket launches are also polluting the atmosphere,” it added.

Pieces of broken satellites, which travel at enormous speeds through orbital space threaten working satellites in their path, the paper contends.

Furthermore, streaks from satellite flares, which cause light pollution, are increasingly disrupting research. The giant Vera C. Rubin Observatory in Chile, which aims to carry out a 10-year Legacy Survey of Space and Time, will be badly affected, for example.

The paper argued that space is an important environment for all professional astronomers, amateur stargazers and indigenous peoples and the scientific, economic and cultural benefits of space should be carefully considered against these damaging environmental impacts.

The research, led by the University of Edinburgh, is connected to a legal case currently before the US Court of Appeal, which will set an important precedent in the growing campaign for space environmentalism.

Professor Andy Lawrence, regius professor of astronomy, University of Edinburgh Institute for Astronomy and lead author, said: “We are standing on a watershed in history. We can cheaply launch huge numbers of satellites and use them to the benefit of life on Earth – but this comes at a cost. As well as damaging stargazing, the space industry may be shooting itself in the foot”.

Addressing these issues requires a holistic approach that treats orbital space as part of the environment and worthy of environmental protection, at national and international levels, experts say.

The researchers urge policy-makers to consider the environmental impacts of all aspects of satellite constellations – including their launch, operation and de-orbit – and to work collaboratively to create a shared, ethical, sustainable approach to space.

Professor Moriba Jah, co-author and associate professor of aerospace engineering and engineering mechanics at The University of Texas at Austin, said: “We believe that all things are interconnected and that we must embrace stewardship as if our lives depended on it. Traditional ecological knowledge holds a key to solving this wicked problem.

“The largest challenge we have is in recruiting empathy and compassion toward solving these environmental crises. If we can find innovative ways to enable the general public to project themselves into this dire condition, and feel concern to address it, the earth, and all of the lives she sustains, wins.”

Professor Jah recently co-founded the start-up, Privateer Space together with Apple co-founder Steve Wozniak and CEO of Ripcord, Alex Fielding. The company takes a novel approach to mapping the objects in orbit accurately, in near real-time, to enable the sustainable use of space by a growing number of operators.

Dr Meredith Rawls, co-author and researcher at the University of Washington, added: “Rubin Observatory will be one of the most severely impacted astronomy facilities by large numbers of bright satellites due to its large mirror and wide field of view — the same characteristics that make it such a remarkable engine for discovery. I care a lot about how satellite streaks affect science, but the case for dark and quiet skies is much larger than that.

“We need all hands on deck to address the rapidly changing satellite situation if we can hope to co-create a future with dark and quiet skies for everyone.”