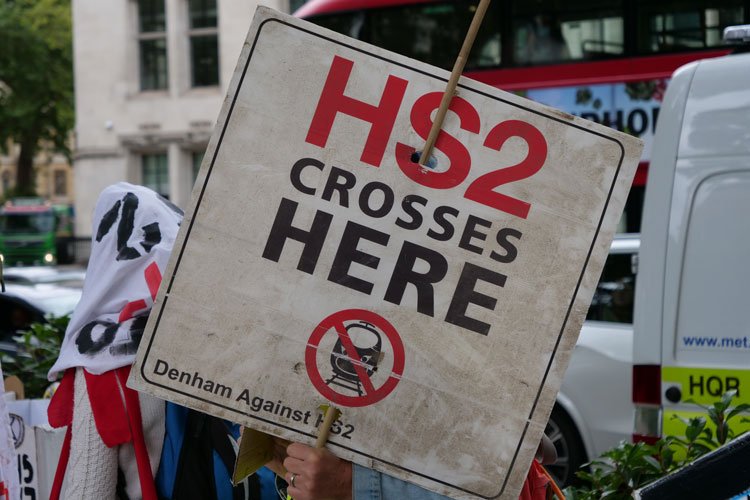 As the bitter row over the UK government’s plans for improvements to rail services in the north of England continues, the CBI has warned planned major projects have to be delivered if the levelling up, and net zero agendas are to be met.

As such it has called for the role of the Infrastructure and Projects Authority (IPA) to be strengthened in order to improve major project delivery.

The CBI and professional services consultancy Turner & Townsend have issued a study which sets out a series of recommendations to improve the delivery of the Government’s Major Projects Portfolio (GMPP) across a range of critical sectors including transport, utilities and defence.  Expenditure across the GMPP stood at £524 billion according to the latest figures, but with almost three quarters (135 / 184) of major projects currently falling behind expectations to deliver their objectives on time and on budget.

A key recommendation is for the IPA to work with the Cabinet Office to publish a Major Projects Playbook, setting out expectations and best practice on project delivering social value, meeting carbon commitments and embedding export potential as a key benchmark of project success.  The objective behind the playbook should be to break down siloes that exist between different areas of sector specialism, helping to establish a connected major projects “industry”.

Matthew Fell, CBI Chief Policy Director, said: “If levelling up and net zero are to become a reality, successfully delivering major projects right across the country must become the norm rather than the exception.

“A brief examination of the Government’s own statistics reveals the scope for significant improvements across all areas of delivery.

“Beefing up the role of the Infrastructure and Projects Authority will enable it to directly inject greater expertise into major projects, supporting both clients and suppliers.

“Elsewhere, churn of major project leaders in both the public and private sectors has dogged delivery for years, so we need to find a way to reduce the loss of institutional knowledge.

“And post-COP26, the need for action on carbon emissions in major projects could not be clearer. Ultimately, this report represents the business contribution to improving major project delivery. Getting this right can improve value for money for taxpayers and meaningfully contribute to government commitments on achieving net zero and levelling up communities.

“Given the urgency of delivering transformational projects across the length and breadth of the country, there isn’t a moment to lose.”

The report includes 13 case studies examining the positive ripple effects of successful major projects, from exporting expertise in defence through the Type 31 Frigate programme, to the creation of tens of thousands of jobs across the country via HS2. Other examples of best practice show success rests upon companies working collaboratively to deliver against ambitious targets, including on National Highways’ A14 project and the development of new nuclear power capacity at Sizewell C.

It also recommends transferring oversight of the National Infrastructure Pipeline to the UK Infrastructure Bank, simplifying decision-making and prioritisation.  To strengthen governance and accountability, the IPA and Cabinet Office, with insights from leading private sector partners, should explore what incentives could help reduce churn among people leading major projects, defined as senior responsible owners.  The report also proposes a Project Support and Delivery Unit is established within the IPA to provide advice and support to major projects.

David Whysall, Managing Director of UK Infrastructure, Turner & Townsend, said: “The strength of the UK’s pipeline for government-backed major projects creates a once in a generation opportunity to address regional inequalities and decarbonise our economy – not only in terms of what they achieve, but how they are brought forward.  Whether working on transport programmes, defence capability, social infrastructure, technology or manufacturing, the delivery and execution needs to be world leading.

“The fact remains that as an industry we are not connected and not performing either consistently or frequently at this level.  Amazing expertise already exists within individual programmes and sectors, but we need to capture and scale it.  We have also seen transformative steps taken through initiatives including the Construction Playbook, IPA Routemap, Value Toolkit and CO2nstructZero.  We now need the Government to show leadership through consolidating these achievements and acting on the recommendations in our report to establish a globally leading, exportable major projects industry.”

Dire warning amid decades of resource overconsumption
Scroll to top