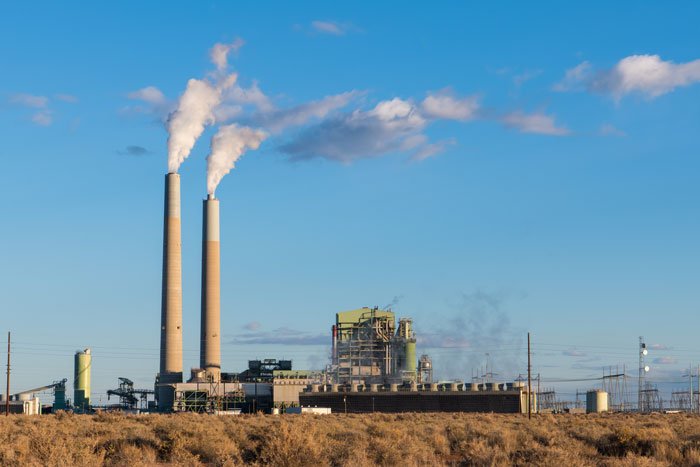 The world has been warned that far from building back better the global power sector is now performing badly with a warning that alarm bells should be ringing over efforts to meet climate targets.

Ember, an independent climate and energy think tank focused on accelerating the global electricity transition has issued its Global Electricity Review for the first six months of the year and its global programme lead said the results make grim reading as CO2 emissions leapt year on year.

The fear is that the reductions that occurred at the height of the COVID pandemic have not created the hoped for platform for the greater use of clean electricity with demand hitting record levels across the world.

“Rising global electricity demand outpaced growth in clean electricity, which led to an increase in coal power, raising CO2 emissions,” it stated. “Global power sector emissions rebounded in the first half of 2021, increasing 12% from the lows seen in H1-2020, so that emissions are now 5% above the pre-pandemic levels of H1-2019.

“Global electricity demand also rose by 5% in the first half of 2021 compared to pre-pandemic levels, which was mostly met by wind and solar power (57%) but also an increase in emissions-intensive coal power (43%) that caused the rise in CO2 emissions. Gas was almost unchanged, while hydro and nuclear saw a slight fall. For the first time, wind and solar generated over a tenth of global electricity and overtook nuclear generation.”

“Catapulting emissions in 2021 should send alarm bells across the world. We are not building back better, we are building back badly.  A super-fast electricity transition this decade is critical to limit global heating to 1.5 degrees. The electricity transition is happening but with little urgency: emissions are going in the wrong direction.” Dave Jones Global Programme Lead, Ember.

Ember said no country has yet achieved a truly “green recovery” for their power sector, with structural change in both higher electricity demand and lower CO2 power sector emissions. Several countries including the US, EU, Japan and Korea achieved lower power sector CO2 emissions compared to pre-pandemic levels – with wind and solar replacing coal – but only in the context of suppressed demand growth. Countries with rising electricity demand also saw higher emissions, as coal generation increased as well as wind and solar. These “grey recovery” countries are mostly in Asia: China, Bangladesh, India, Kazakhstan, Mongolia, Pakistan and Vietnam.

Ember cautioned the reality could actually be worse.

“It is important to note that Ember’s global estimate misses some key fast-growing countries that do not have data available, including Indonesia and the Philippines which may mean our data even underestimates both the rise in electricity demand and rise in CO2 emissions,” it added.

The report said China “needs to urgently expedite its electricity transition”. China’s electricity demand rose by 14% from H1-2019 to H1-2021 and is approaching EU per capita levels. Over two-thirds (68%) was met by coal power and the rest by wind and solar (29%). China was responsible for 90% of the world’s increase in electricity demand and 43% of the world’s increase in wind and solar during this period. It added more coal power (+337 TWh) than the EU’s total coal generation in H1-2021. As a result, China’s share of global coal generation rose from 50% in 2019 to 53% in H1-2021.

“Developing Asia must focus its attention on meeting all demand growth with new zero-carbon electricity as a first initial step of the region’s journey towards 100% clean electricity before mid-century, said Dr Muyi Yang Senior Analyst, Asia, Ember. “Developing Asia can leapfrog fossils and move straight to cheap, clean renewables. But this is contingent on whether the region can further accelerate its inexorable march of clean electricity while at the same time use electricity more efficiently.”

The fear is that the reductions that occurred at the height of the COVID pandemic have not created the hoped for platform for the greater use of clean electricity with demand hitting record levels across the world.