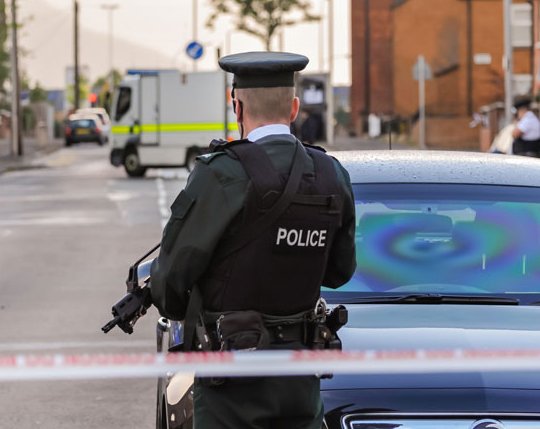 Insurance brokers have urged that the UK government adapts its plans for a new law which will establish a duty for a wide range of business owners to protect their clients from terrorist attack.

The move by the UK Home Office comes as the country begins to fully reopen post COVID-19. However the British Insurance Brokers’ Association (BIBA) has warned there are too many questions still be answered and fears that such a duty will see insurers remove cover for certain liability risks.

In a letter in response to the consultation Biba said the threat from terrorism was real but that the proposal to include all venues with a capacity for 100 or more would create too big a challenge for many.

“BIBA is very aware of the threats that terrorism brings to the safety and wellbeing of ordinary people as they go about their daily lives,” stated the letter. “The constantly changing nature of terrorism brings about many complications in how to deal with the threats as they occur and how they can, as far as possible, be prevented in the first place.”

The association has canvassed both its members and their clients to seek feedback on the implications.

“We have concerns about the wide scope of the Duty and how it may be implemented,” BIBA added.  “By setting the capacity level at 100 this would bring into scope virtually every venue from places of worship, public houses, many restaurants, community halls, wedding venues, many retail outlets and offices.”

As such the Duty is likely to lead to additional staff and/or training costs as it is unlikely they will presently have staff dedicated to risk assessments and the requirements presented by the Duty.

BIBA said they would be keen to see the venue capacity be raised to 500 plus to come into scope.

“Such venues are likely to already have staff dedicated to such matters and therefore the requirements to comply with the Duty would largely be centred around additional training and guidance within existing resources.”

The association said there needed to be training and that it needed to be funded by Government to ensure take up by firms already under financial pressure.

“This may be key in any terrorist incident where various organisations may be affected and have to work together and rely on each other. Whilst we believe that take up should be strongly encouraged, by funding and subsidies, we do not consider that such measures should be passed into legislation, certainly not from the outset.

“Cooperation and embedding it into the culture amongst all stakeholders is key to mitigating threats and dealing with them as they occur. We think this would be best achieved by strong guidance.”

BIBA warned that it fears that there may be unintended consequences on the insurance landscapes for such venues, places and organisations which come under the remit of the Duty.

“The proposed Duty will add an extra layer of risk management not dissimilar to the risk assessment duty to that of Health and Safety and will result in additional liabilities for those coming into scope,” the letter stated. “If a Duty to protect the public from terrorist attack becomes law then it will expose companies to claims arising from terrorist (i.e. unconnected third party) activities which are almost impossible to predict and difficult to prevent.

“A failure to ‘protect’ members of the public who suffer terrorist invoked injury/death will inevitably result in claims against the business or local authority which has failed in its duty.

“As new liabilities are added it is somewhat inevitable that insurers will seek to underwrite or even exclude such additional liabilities.”

BIBA added: “By way of example we have seen in recent times since the pandemic the widespread exclusion of Covid19 cover from many insurances prompting industry wide stakeholder engagements on how such risks may be managed in the future. We believe the Duty in particular could have effects on Terrorism, Reinsurance, Employers and Public Liability, Professional Indemnity and Directors and Officers insurance.

“Insurers may charge more or seek to restrict/exclude certain coverage, lower indemnity limits and may choose not to take the risk on at all. The consequence of this is that there may be less capacity in the market to insure such venues, organisations and places, all at a time when the effects of the pandemic are still being strongly felt financially. This may lead to slower economic recovery.”

The letter added the proposals do give rise to unanswered questions.

BIBA warned that it fears that there may be unintended consequences on the insurance landscapes for such venues, places and organisations which come under the remit of the Duty.