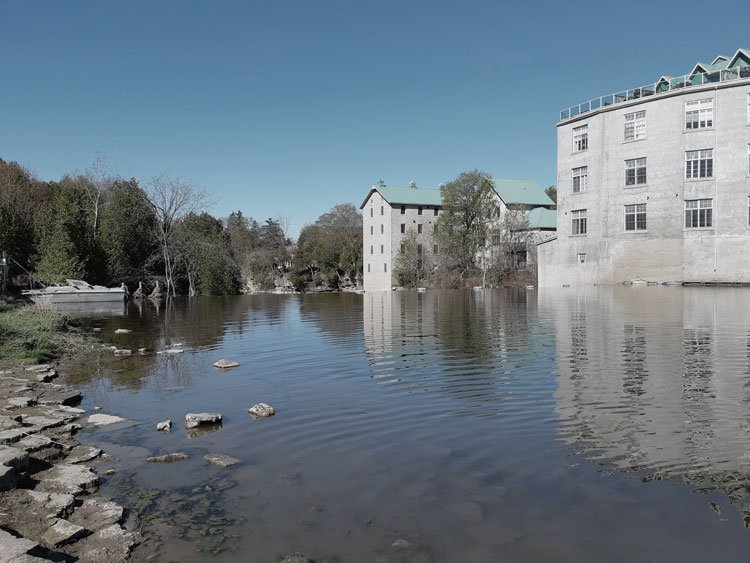 Atmospheric rivers of the kind that have flooded parts of British Columbia in recent weeks will become larger and potentially more destructive as a result of climate change, scientists said.

Columns in the atmosphere hundreds of miles long carry water vapor over oceans from the tropics to more temperate regions in amounts more than double the flow of the Amazon River, according to the American Meteorological Society.

These ‘rivers in the sky’ are relatively common, with about 11 present on Earth at any time, according to NASA.

However, warming air and seas around the globe causes conditions that scientists said will make them hold more moisture, causing extreme precipitation when they make landfall, often on the west coasts of North America, South America and Western Europe.

Attributable to climate change, atmospheric rivers are projected to become slightly less frequent, but more intense, according to a 2018 study led by researchers from NASA’s Jet Propulsion Laboratory.

“There may be fewer, but they are going to be lasting longer, and more intense,” Vicky Espinoza, an author of the NASA study who is now a graduate student at the University of California Merced, said.

Atmospheric rivers could become about 10% less frequent by the end of this century, but about 25% longer and wider, the study suggests. That will lead to nearly double the frequency of the most intense atmospheric river storms.

Weak atmospheric river systems provide rain and snow that are needed for freshwater supplies. Stronger storms, however, can lead to flooding and extreme winds that disrupt travel, cause mudslides and damage property.

One such event in Canada this month saw a month’s worth of rain in two days, prompting fatal floods and landslides in British Columbia, devastating communities and cutting off access to the country’s largest port.

Over the weekend, it was announced that the amount of fuel people can buy will be limited and non-essential travel restricted in a Canadian province following the torrential rains and mudslides.

The British Columbia (BC) government said was imposing the measures as highways began to reopen following the extreme weather, which prompted it to declare a state of emergency.

Provincial public safety minister Mike Farnworth said non-essential vehicles would be limited to around 30 litres per trip to the petrol station, in an order expected to last until December.