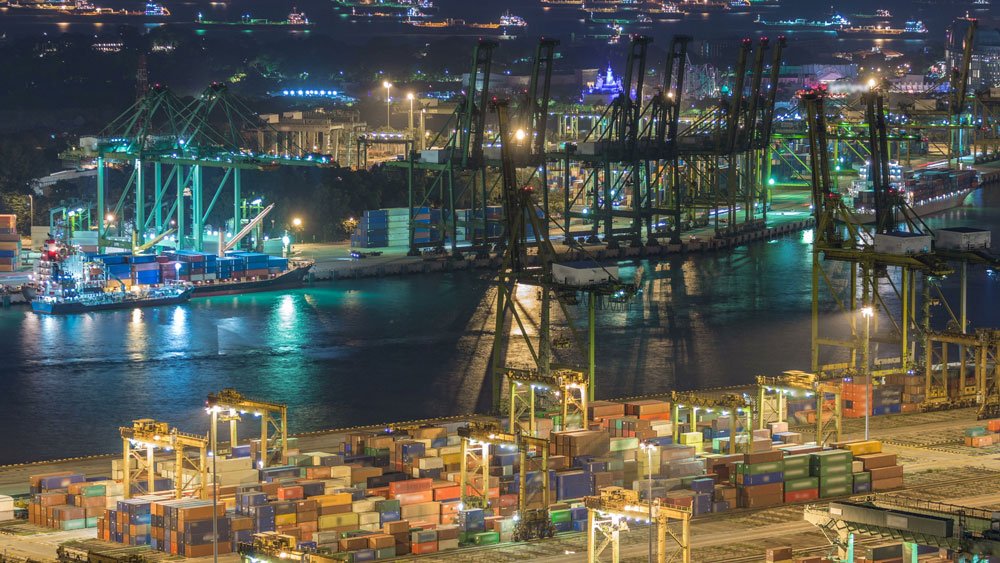 Marine insurers and the maritime industry have been warned that six of the world’s biggest ports are becoming increasingly exposed to growing risks which threaten to devastate global trade.

Analytics firm Russell Group has issued new data which highlight that the ports are facing significant threat in the months to come and that if any of the six are impacted the shockwaves will be felt across the global supply chain.

The six ports, which include Hong Kong, Singapore (pic) and Houston, have a combined $1.14 trillion of import/export trade for the second half of the year (based on H2 period/2nd half of year figures) and have been deemed to be significantly exposed to increasing geopolitical and windstorm risk in 2020.

The trade volumes of each port easily exceed $100 billion but the ramifications of any major disruption at any of the six highlighted ports would be far greater according to Russell.

The port of Hong Kong, is in the eye of a geo-political storm as China’s growing disputes with nations across the world from the US to Australia, threaten to impact the levels of trade passing thought the port which has long been seen as a gateway to mainland China. Currently it tops the list of the six ports with $288 billion of trade passing through its terminals and docks, with Singapore close behind in second with $255 billion.

Russell warned Houston, meanwhile, which lies at the heart of U.S. global shipping, is potentially exposed to nearly $188 billion of Gulf of Mexico windstorm risk as the midpoint of the hurricane season approaches with history telling us that the major storm activity is often towards the back end of the North Atlantic Hurricane season.

Russell Group CEO Suki Basi said the scale of the trade passing though the ports and the size of the exposures they face should give the industry pause for thought.

He added that the potential for widespread global disruption required both insurers and their clients to better understand their exposures not only to the direct interruption of the ports but also the impact to their supply chains and those of their business partners.

“Trade conflict is proliferating, while at the same time, structural challenges have deepened,” he explained. “Uncertainties associated with these tensions have already hit business and investor confidence”.

“The launch of these figures highlights once again the impact of connected risk across all aspects of the specialty class,” added Mr Basi. “In particular, the effect on trade from other connected risks such as natural perils, supply chain and geopolitical”.