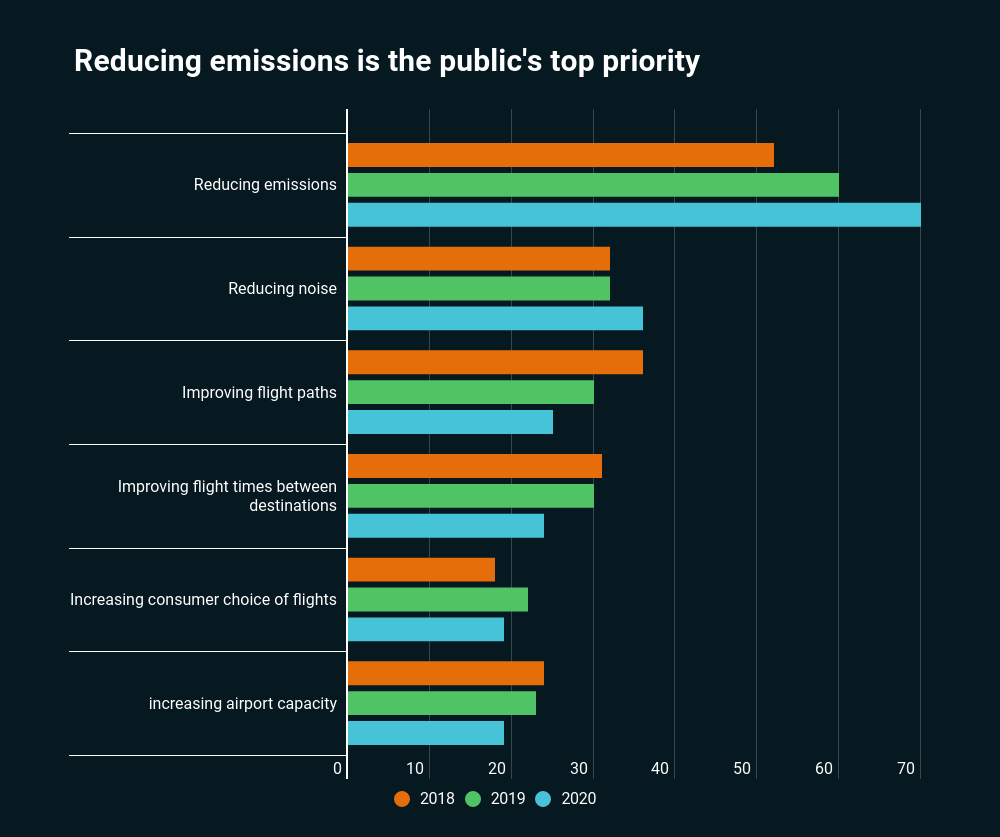 Aviation sector told to clean up its climate act

The world’s aviation industry has been told it has to prioritise its climate change efforts according to a new poll.

NATS, the UK’s national air traffic control service, has released the results of its Aviation Index 2020, the annual survey of passenger opinions and attitudes.

The Aviation Index is carried out for NATS by Ipsos MORI. It looks at passenger attitudes to a range of aviation issues, from climate change to noise and Brexit.

Strikingly, the index found a growing belief tangible action on climate change can only be achieved at the expense of passenger choice. The results also recorded a significant increase in the proportion who believe people should be discouraged from flying due to its environmental impact, rising to 32% from 22% in 2019.  Similarly, the surge in public feeling comes alongside a decline in backing for airport expansion, with only 39% now voicing support, down from 57% in 2019.

Ian Jopson, NATS Head of Sustainable Operations, said: “Aviation is an intrinsic force for good in the world and the pandemic has shown us how much we all rely on making human connections. Flying unites people, cultures and businesses while also employing 80 million people around the world, and yet the results of the Aviation Index are sending us a very clear message, we must urgently address climate change.

“It is up to us as an industry to demonstrate that we can do that without sacrificing the enormous benefits that flying brings to us all.”

NATS said it has enabled carbon savings of 10.1 million tonnes since 2008 by reducing airborne holding and offering airlines more direct routes and smoother climbs and descents, but much more work needs to be done.  It added that the industry knows there is work to be done, even before the pandemic hit.

Sustainable Aviation announced its decarbonisation roadmap, committing the UK industry to net zero emissions by 2050, while last month Airbus unveiled both its zero emission aircraft concepts and a project working with NATS to see if aircraft flying in formation like migrating geese can help reduce emissions.

And with traffic levels at record lows as a result of the pandemic, there is an historic opportunity to look at how the airspace in the UK, something that was originally designed in the 1950s and 60s, can be redesigned to take advantage of the navigation capabilities of modern aircraft and dramatically cut emissions and fuel burn.

Mr Jopson added: “Navigating the COVID crisis is an enormous challenge for our industry right now, but we cannot afford to ignore climate change. In fact, it may be an opportunity to put in place lasting benefits so we can continue to enjoy flying in the years and decades to come. It’s up to us as an industry to rise to the occasion.”

Hackers for hire: the rise of the mercenary cyber criminal
Scroll to top