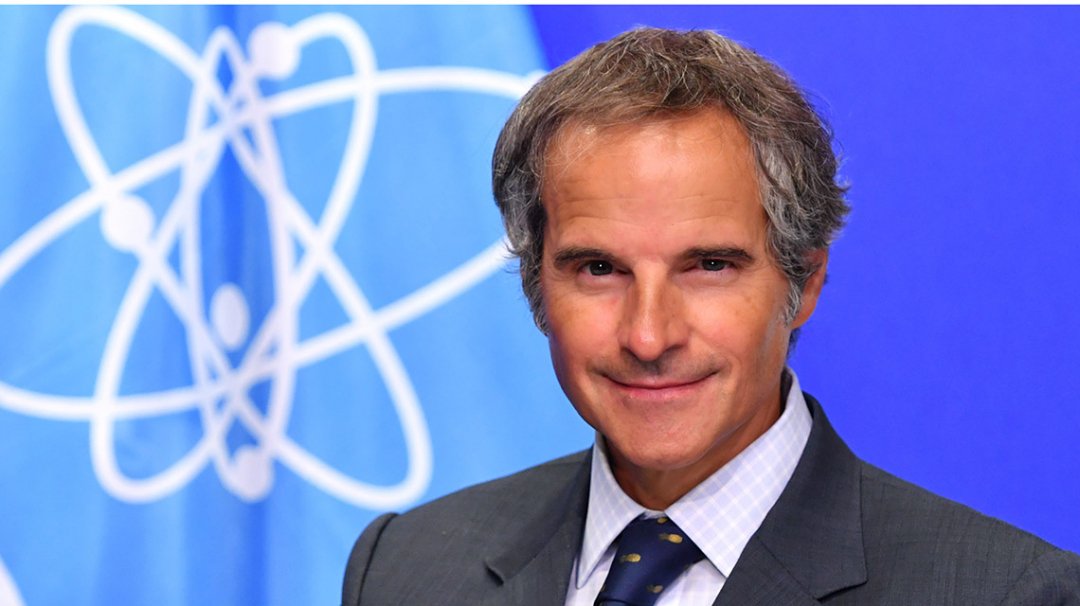 This week two leading international figures have issued stark warnings of the growing danger associated with nuclear technologies, both commercial and military.

The situation at Ukraine’s largest nuclear power plant, occupied Zaporizhzhia, “is completely out of control” and is getting more dangerous each day, the head of the International Atomic Energy Agency (IAEA) has warned.

Rafael Grossi (pic) said that “patchy” communication from the facility and his organisation’s inability to visit the site were deeply concerning.

“What is at stake is extremely serious and extremely grave and dangerous,” he said.

The IAEA is unsure whether the plant, which is now in Russian-controlled territory but is being run by Ukrainian staff, is receiving all the parts it needs to operate properly, as its supply of equipment has been affected by the war.

“Every principle of nuclear safety has been violated,” Grossi said of the site, adding that his organisation urgently needs to check that Zaporizhzhia’s nuclear material is being safeguarded.

He called on both Ukraine and Russia to allow experts to reach the plant to assess the situation as soon as possible.

If the plant loses grid power due to a potential uptick of fighting in the area, back-up generators and batteries are still insufficient to cool, not only the six reactors, but large pools of highly radioactive spent fuel, according to Shaun Burnie, nuclear specialist with Greenpeace East Asia.

The red flags over Ukraine’s nuclear reactor follow the Secretary General of the United Nations warning earlier in the week that humanity was “just one misunderstanding, one miscalculation away from nuclear annihilation,” citing the war in Ukraine among the conflicts driving the risk to a level not seen since the height of the Cold War.

“All this at a time when the risks of proliferation are growing and guardrails to prevent escalation are weakening,” António Guterres said.

“And when crises — with nuclear undertones — are festering from the Middle East and the Korean Peninsula to Russia’s invasion of Ukraine.”

Guterres was speaking at the opening session of a conference at the UN headquarters in New York about upholding and securing the 50-year-old global Treaty on the Non-Proliferation of Nuclear Weapons, meant to prevent the spread of nuclear weapons, aiming for eventual disarmament.

The threat of a nuclear confrontation or a nuclear accident emerging from Russia’s invasion of Ukraine was a recurring theme at the UN this week.

US Secretary of State Antony Blinken said the treaty had made the world safer but was under increasing strain, and criticised Russia for using the Zaporizhzhia nuclear plant as a staging ground for attacks on Ukrainian forces, saying the Ukrainians were unable to fire back out of concern they might strike a nuclear reactor or stored radioactive waste.

“That brings the notion of having a human shield to an entirely different and horrific level,” Blinken said.

If the plant loses grid power due to a potential uptick of fighting in the area, back-up generators and batteries are still insufficient to cool, not only the six reactors, but large pools of highly radioactive spent fuel, according to Shaun Burnie, nuclear specialist with Greenpeace East Asia.