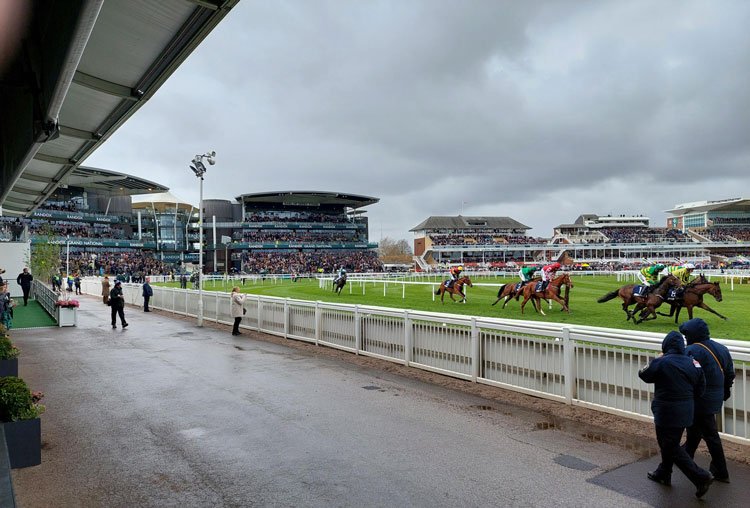 All eyes will on Aintree on Saturday as the 174th running of the Grand National takes place amid a resurgence in the value of national hunt horses.

The tattersall sales at Cheltenham both in December and after last month’s Cheltenham festival saw prices exceed expectations with horses at both sold for in excess of £350,000, and the values recover following the impact of the COVID pandemic.

However, while prices and values rise in both national hunt and flat racing, just 10% to 15% of national hunt owners will insure their investment. The finances of the sport are such that all but the most successful of horses are unlikely to win the costs of their annual training fees leaving the option of insuring the horse another financial burden for owners.

Oliver Atkin, senior underwriter for equine at Markel International, told Emerging Risks while the value of national hunt horses are increasing for many owners the costs of insurance come on top of training fees.

“National hunt owners are not buying the horse as an investment unless they are paying a high six figure sum in the hope of getting a horse that can win the Grand National or the Cheltenham Gold cup,” he explained. “Unlike flat horses where the hope is they will have a winning career and can then go to stud, male national hunt horses are gelded.”

Atkin added while the major owners will often self-insure much of the national hunt bloodstock insurance market is those mid-market owners who have invested significant sums and want to protect that investment for at least the first two years of their career.

“Many believe that for national hunt the major risks come when they are chasing,” Atkin adds. “However from an underwriting point of view the danger is often when they begin their career over hurdles. They are young, they are inexperienced and they tend to run quicker over hurdles.

When they begin chasing, the horses are more experienced and the fences are higher, resulting in them jumping at a slower pace.

“The Grand National is run over a course and jumps which are unique and the course will only be used five times each year and three of those races will be at this week’s festival.”

Atkin said the insurance is not cheap but reflects the risks that the horses present.

“The racing authorities are continually looking at ways in which they can enhance safety as they have a duty of care for their stakeholders,” he explained. “Recently we have seen the Racecourse Association, alongside the sport’s veterinary community, who we work closely with, introduce a racecourse fracture support system for instance. This is designed to improve the horse’s chances of recovery from racecourse injuries which in the past may have proved fatal.”

Atkin shares the concerns around the need for greater investment into the national hunt system which will enhance prize money.

“For insurers the majority of our clients would fall into those owners who would be seen as the middle market and also those syndicates which see a group come together to have part ownership and become involved in their favourite sport.

“The market is pretty stable in terms of size but with the training fees, unless you have what would be termed a ‘Saturday horse’, in as much that the horse is of a standard that they are running in the bigger races which are held on the weekends, the potential prize money is such that you will struggle to win enough annually to cover training costs. Insurance is then an additional cost for the owners to consider.”

Atkin added: “The other issue is around insured values. A horse may have been purchased for £150,000 two years ago but the value will have reduced and owners are then faced at renewal with the insured value of the horse being set at say £50,000, due to the increased age and the level of its performance since purchase. Bloodstock underwriting is a complex matter and we will use a huge amount of data, including the horse’s medical history, to set the premium and the insured value. Some owners will feel that if the insured value is at such a level, they may simply decide to take the risk.

The rising costs of horses also create other challenges for owners.

“In the past owners who were in a position to pay £100,000 would do so in the belief that the horse would be at least Grade 2 level and would compete in the top national hunt races. However, with values increasing again, £100,000 may not get you a horse that would be competing in the weekend races of meetings let alone the likes of the races on Gold Cup or Grand National meetings.”