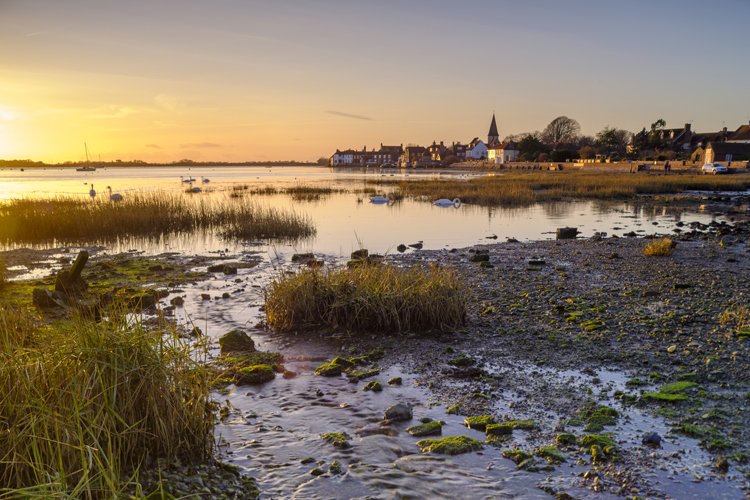 Warming waters are causing a “growing diversity” of potentially lethal Vibrio bacteria around the UK, according to researchers at the University of Exeter.

Studies carried out in the south of England have found two species – Vibrio rotiferianus and Vibrio jasicida – that had never before been recorded in UK waters.

The microorganisms can harm sea creatures such as shellfish but also pose dangers to human health.

“Vibrio species can often be found in UK waters in summer, when temperatures are more favourable for them,” said Dr Sariqa Wagley, of the University of Exeter.

“With sea-surface temperatures rising due to climate change, Vibrio activity in the waters is more common and the diversity of Vibrio species is now increasing.”

The study used Met Office data to identify locations where summer sea-surface temperatures were suited to Vibrio bacteria, based on the average number of days when warmer than 18°C.

The researchers say the spread of Vibrio species has resulted in a “worldwide surge” of Vibriosis infections in humans and aquatic animals.

“Vibrio alginolyticus, which can also cause illness in humans, was identified at three of the sites that had sea-surface temperatures above 18°C (Chichester Harbour, Osea Island and Whitstable Bay).

“Vibrio bacteria are also a threat to a variety of marine species including shellfish themselves. Disease costs the global aquaculture industry £6 billion a year, and this burden of disease can be devastating.”

The researchers say that the bacteria could potentially cause mass shellfish death.

Wagley added: “We have not seen mass mortality of shellfish due to Vibrio bacteria here in the UK yet, but this has occurred elsewhere – including in France and Australia.”

“Our findings support the hypothesis that Vibrio-associated diseases are increasing and are influenced by the rise in sea-surface temperature.

“We need to monitor this situation closely, to protect human health, marine biodiversity and the seafood industry.”

Dr Luke Helmer, from the Blue Marine Foundation and the University of Portsmouth, added: “The impacts of climate change on the marine environment are likely to be widespread. Understanding how these changes will affect ecologically and commercially important species and the people that rely on them will be crucial moving forward, in order to mitigate against them.”