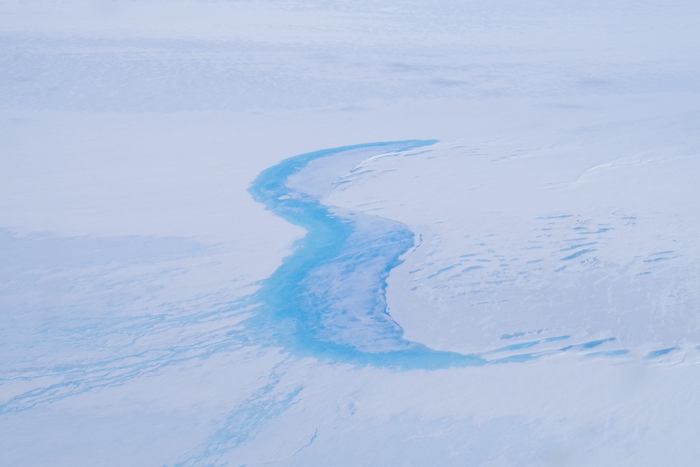 A first-of-its-kind study looking at surface meltwater lakes around the East Antarctic Ice Sheet across a seven-year period has found there are growing concerns over the potential for catastrophic collapse of the sheets.

Teams of researchers led by Durham University found the area and volume of these lakes is highly variable year-to-year and offers new insights into the potential impact of recent climatic change on the ‘Frozen Continent’.

The team used over 2000 satellite images from around the edge of the East Antarctic Ice Sheet to determine the size and volume of lakes on the ice surface, also known as supraglacial lakes, across seven consecutive years between 2014 and 2020.

The study, which involved Newcastle and Lancaster universities and the Georgia Institute of Technology, showed that lake volume varied year-to-year by as much as 200% on individual ice shelves (floating extensions of the main Antarctic ice sheet), and by around 72% overall.

Lakes were also found to be deeper and larger in warmer melt seasons and formed on some potentially vulnerable ice shelves.

This research is the first time that meltwater lakes have been studied over consecutive melt seasons across the whole ice sheet, enabling the controls on their development to be explored. The study therefore provides vital insight into why and where lakes grow and will help experts understand which ice shelves may be most at risk of breaking up as a consequence of surface melting.

Lead researcher, PhD student Jennifer Arthur, Department of Geography, Durham University, said; “We knew that supraglacial lakes were more extensive than previously thought around the East Antarctic Ice Sheet, but until now only had snapshots of these in some years.

“Our study reveals these lakes change in scale far more than we originally suspected. We were surprised at how much lakes can change year-to-year between ice shelves.

“We explored the potential reasons for this and found that warmer summer air temperatures in Antarctica correlated with more extensive lakes.

“Due to climate change, air temperatures in Antarctica will continue to rise and our study suggests that this will lead to an increase in the number and volume of supraglacial lakes, which will in turn put some East Antarctic ice shelves at risk of meltwater-driven collapse.”

The East Antarctic Ice Sheet is the world’s largest ice mass and holds enough ice to raise global sea levels by around 52 meters.

“This study will help experts understand supraglacial lake formation, climatic impacts on this and predict which ice shelves may be most at risk of collapse,” said Arthur. “Understanding the climatic conditions controlling meltwater lake variability will also improve the accuracy of regional climate models used to replicate observations and predict future ice sheet change in Antarctica.”