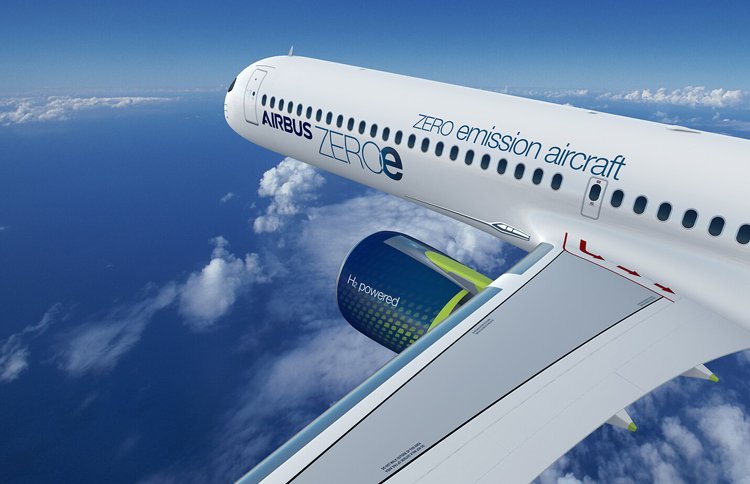 The aeroplane maker plans to fit a specially adapted version of a current-generation engine near the back of an A380 superjumbo test plane.

Airbus delivered its last A380 in December.

CFM, jointly owned by General Electric and Safran, is the world’s largest jet engine maker by number of units sold.

Airbus has said it will produce a small “ZEROe” passenger aircraft powered by hydrogen to enter service in 2035.

Airbus officials say the research will seed disruptive technology likely to play a role in the next generation of larger airplanes, as well as offering radically new technology for small planes holding some 50-100 people.

CFM said last year a separate next-generation jet engine called RISE, which it hopes to offer for larger jets from 2035, would be capable of running on fuels including hydrogen.

The new engine demonstrator will burn hydrogen fuel in the combustion chamber in place of jet fuel.

The companies declined to disclose the cost of the research project.

To build the demonstration engine, CFM will need to adapt an existing engine to handle the higher temperatures and speed at which hydrogen burns, compared to carbon-based jet fuel.

An alternative considered by some companies such as Universal Hydrogen is to use hydrogen to power fuel cells which would in turn drive electric engines propelling the plane.

Airbus has said it will choose the final type of product for the “ZEROe” decarbonised plane project in 2025.

CDEO Guillaume Faury was quoted earlier this month by Welt am Sonntag as saying Airbus could go it alone and make engines for its future hydrogen-fuelled planes.

However, Faury played down the prospect of Airbus moving into engine-making at a results presentation last week, telling reporters it “would require a change of strategy, and I have not indicated that we have changed our strategy on that one”.

He said working with partners on the next generation of technology is theoretically possible “and it’s not something we would rule out completely, but more looking at it case by case”.