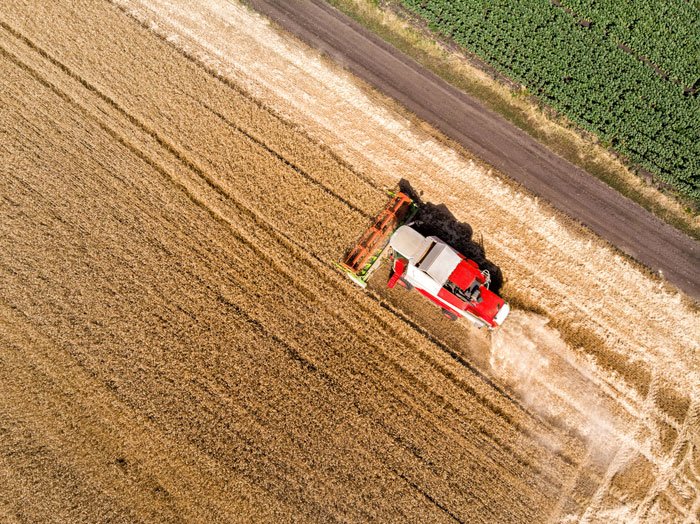 AIR Worldwide: US crop yields could fall by 40 percent as a result of climate change

Predicated crop yields across the US Corn Belt are expected to fall by as much as 40% in the near future, according to a new report.

The thirteen states in the United States, known as the Corn Belt, are responsible for 90% of the corn grain and produce in the country and almost 30% of the global corn crop.

Using climates projected by four climate models as inputs, simulated yields across the Corn Belt during the decade 2046–2055 were 20–40% less than yields simulated during the 1991–2000 decade due to impact of climate change on weather, according to the new report, produced by risk modelling specialist AIR Worldwide.

In addition to the reduction in average yield during the 2046-2055 simulation decade, the modelling suggests that year-to-year variation in yield increased significantly with climate change, reflecting a reduction in stability of yield and an associated increase in the risk of catastrophic crop losses.

“There is justified concern about effects of recent and future climate changes on agriculture both in the United States and across the globe,” said Dr Peter Sousounis, vice president and director of climate change research, AIR Worldwide.

“If, or when, climate change brings with it more frequent and/or more extreme unfavourable weather to areas of significant crop production, such as the midwestern United States, the potential for significant crop losses and economic impacts could be heightened. The purpose of this study is to further explore these possibilities for future, more extreme climate changes involving more frequent and more damaging events reducing productivity of major crops.”

AIR Worldwide conducted the research to isolate effects of variation in weather and climate on corn yield. To better understand and quantify the potential magnitude of climate change impacts on crops, an AIR process-based Crop Growth and Yield Model was used to simulate effects of observed past and projected future climate changes on corn yield at high resolution throughout the US Corn Belt, defined as the states: Iowa, Illinois, Indiana, Kansas, Kentucky, Michigan, Minnesota, Missouri, North Dakota, Nebraska, Ohio, South Dakota, and Wisconsin.

“Given how much the industry relies on corn production, it’s important to understand its vulnerabilities to the effects of climate change,” said Bob Quane, CUO at AXIS Insurance.

“Moreover, learnings from this research can be applied to the agriculture industry as a whole since any disruptions in this sector are likely to affect other global supply chains – from food and beverage to the production of fibers like cotton,” he added.

“As insurers and reinsurers, we have a critical role in understanding and mitigating risks posed by climate change. This research, conducted in collaboration with AIR Worldwide and scholars from Brookings, is vital as we continue to navigate our changing world.”

When the AIR crop model was used to rigorously simulate effects of observed, historical weather during the period 1974–2019 on corn yield, it was found that climate trends during that period favoured increased corn yield over much of the Corn Belt.

Climate trends simulated over the period 1991 to 2055 by four climate models caused increased weather stresses and reduced corn yield. This implies, that without mitigation of negative effects of climate change, including adaptation by farmers and improvements to crop genetics and other technological factors, corn yield and production may be negatively impacted in the next few decades. As a result, communities economically dependent on crop production may face financial challenges.

Download Quantifying the Impacts of Climate Change on US Corn Yields here: http://airww.co/climateagreport